Specialists of Tomsk Polytechnic University developed the largest robotic ultrasound tomograph in Russia, capable to test the quality of complex-shaped objects weighing up to 1.5 tons. The project was carried out by the order of D.V. Efremov Institute of Electrophysical Apparatus (a Rosatom company). Recently, a tomograph was assembled at the customer’s site in St. Petersburg, where the university specialists carried out all related pre-commissioning activities. The final commissioning is scheduled for February 2020. It will be used to test quality of the first wall details of a thermonuclear reactor that is currently being built in the south of France, at the Cadarache research center, as a part of the international project International Thermonuclear Experimental Reactor – ITER. 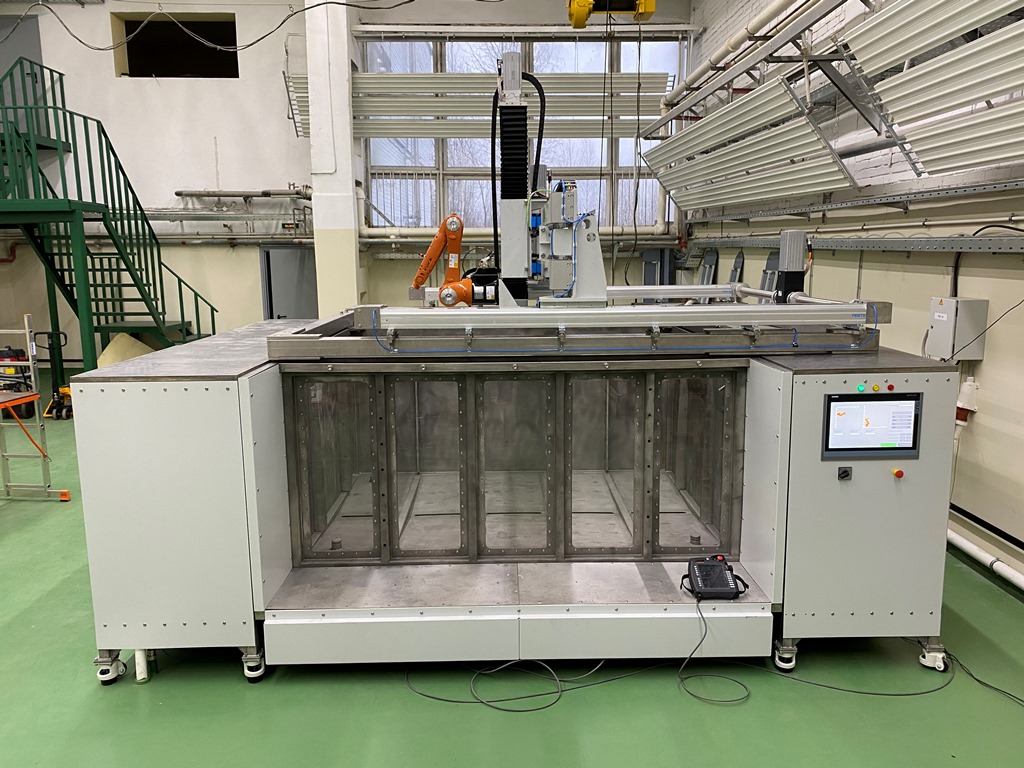 The project relies on the tokamak (toroidal chamber with magnetic coils) system, developed by Soviet scientists, which is considered the most promising device for controlled thermonuclear fusion. The project goal is to demonstrate that fusion energy can be used in industrial-scale production. China, the European Union, India, Russia, Japan, South Korea, and the USA participate in the construction of this mega installation.

In 2018, the TPU small innovation enterprise – InTech LLC – received a contract for the creation of an ultrasonic system for testing detail quality of the reactor first wall, the barrier separating the plasma from the remaining elements of the reactor. The large size and complex shape of these details required developers to find original solutions.

“Basically, along with the development of technology, devices, like computers, are becoming more compact. However, in non-destructive testing, everything is the opposite. Tomographs are becoming larger, as there is a need to test quality of more complex and larger objects in their entirety. To do this, engineers have to cope with existing technical limitations.

In our case, we applied several original engineering solutions. For instance, we used an original focused grating scheme to obtain accurate data on the defect position and its size over the entire depth. This approach provides a digital focus at any point over the entire object. As a result, the developed system enables to test objects with overall dimensions of up to 2 meters and a weigh of up to 1.5 tons,” Dmitry Sednev, head of the TPU School of Non-Destructive Testing, says.

Ultrasound is the main non-destructive testing method used in the tomograph. It assumes that ultrasonic waves, emitted by the transducer, pass through an object and interact with its internal structure. All these interactions are reflected in the backward wave. Analyzing them, experts can find hidden defects.

“After the final commissioning, the installation will be used to test the quality of eight types of reactor parts manufactured in Russia. The developed system is flexible and deeply customizable, enabling to configure it for testing other complex objects,” Dmitry Sednev, says.

Installation and testing of the system were carried out by the specialists of InTech LLC and three TPU schools, including the School of Non-Destructive Testing, School of Advanced Manufacturing Technologies, and School of Computer Science & Robotics.