The project Impact of Dynamic Loads on the Hull Elements of the Russian Segment Module of the International Space Station Using Multilevel Dynamic Modeling was included in the list of the ISS Long-term Program of Experiments. As a part of this program, scientists from TPU, TSU and IFPM SB RAS jointly with RSC Energia specialists develop methods to design spacecraft modules taking into account multi-leveled structure. The project participants are going to obtain necessary data based on the Prichal universal node module (one of the planned modules of the Russian segment on the ISS manufactured by RSC Energia, ed. note). 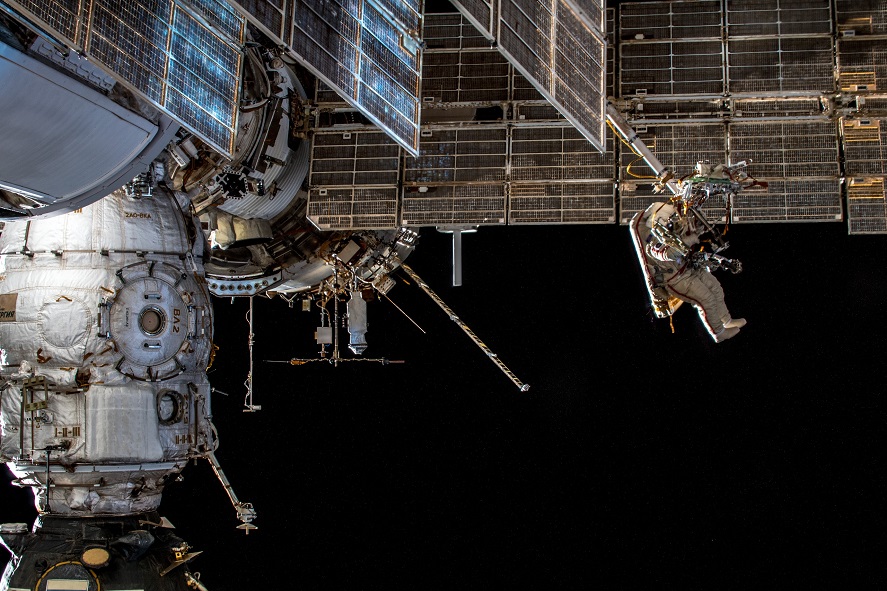 The approved ISS program of experiments includes three TPU projects: 3D printing, Peresvet, and Swarm of Small Spacecraft (SSS). The technical specifications for all three projects have already been agreed with RSC Energia, the projects will begin in 2020.

According to Aleksei Yakovlev, director of the TPU School of Advanced Manufacturing Technologies, the project Impact of Dynamic Loads on the Hull Elements of the Russian Segment Module of the International Space Station Using Multilevel Dynamic Modeling became a member of the Long-Term Program at the end of 2019. This is a large interdisciplinary project with the involvement of TPU, TSU, the Institute of Strength Physics and Materials Science SB RAS (IPPM), and the RSC Energia.

“The experiment is agreed, it has passed all preliminary approvals. Now we must draw up technical specifications, coordinate it with Roscosmos, and conclude the agreement. The project will begin in 2020,”

The experiment goal is to develop methods to design spacecraft modules taking into account multileveled structure i.e. modeling both materials and construction. The Prichal module, which will be used to carry out the study, has a complex design. Furthermore, multifactorial effect, which it withstands, will definitely affect the resource of its work.

“We already have an approximate calendar plan for the experiment. The first stage is the development of outline documentation for the scientific equipment and the domestic software products. Then we will design model objects, test them, and adjust engineering documentation according to the obtained results.

After this, we will prepare the final engineering documentation for scientific equipment, manufacture it, train astronauts to operate it and send it to the ISS for following experiments and installation of special sensors at the station module to measure the impact. As a result, we will make a conclusion based on the collected data,” Alexey Yakovlev says.

At the experiment, TPU scientists will analyze the material structure of the ISS design elementsto find out the ways it impacts the functional properties. Then, the obtained data will help to develop special model objects which will be used to carry out various tests, dedicated to effects of external factors, such as mechanical, acoustic loads, stability, structural defects, and so on.

We will base our testing on a prototype of the ISS design element made of the same materials that are used at the station. Using high-tech equipment, we should verify the obtained model to learn how to predict behavior of the ISS nodes in space,” the expert says.

Russian for Engineers: How to Describe Processes and Phenomena in Nature?, Free Russian Class

In a Hotel, Free Russian Class