A team from Tomsk Polytechnic University solved a problem of group control of robots using a cyber-physical system-based approach. During software testing autonomous mobile robots assembled Van Gogh's “Starry Night”. Results were presented at the AIP Conference Proceedings and published in the digest. 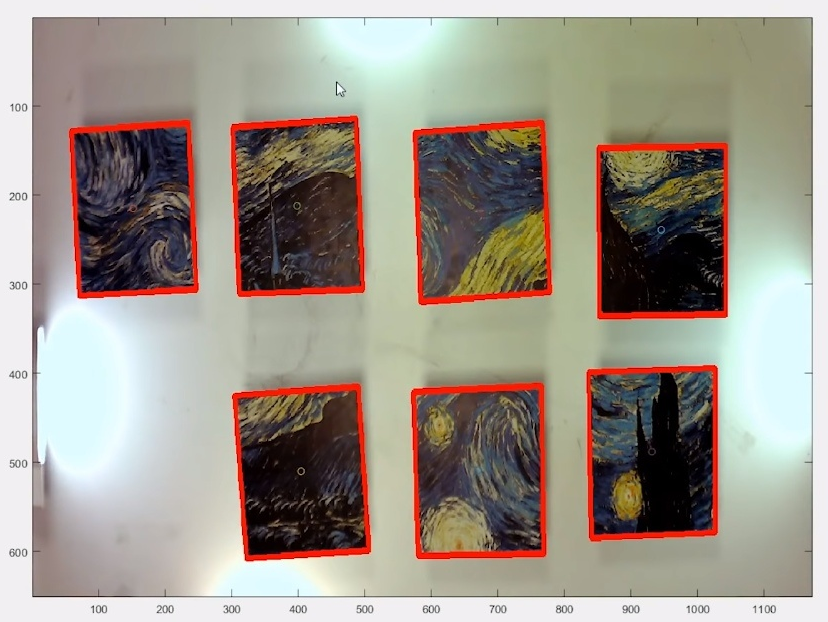 Cyber-physical systems (CPS) include a virtual and physical environment. These are, first, digital twins, virtual analyzers, cloud computing objects and, second, physical objects and measurements they provide. TPU researchers study methods for building CPS ontology. The project goal is to develop software allowing robots to interact with each other without human involvement.

“Today even small-scale production tends to have a number of separate control loops. Therefore, to increase the efficiency of an enterprise we need to solve the problem of organizing links between these loops. We are studying methods to build a system structure for obtaining the highest possible efficiency in production and improving the control algorithm, for instance, in terms of energy consumption,”

Alexander Zarnitsyn, assistant of the TPU Division for Automation and Robotics, says.

According to the research team, currently, most enterprises either use standard approaches (automatic models, classical optimization algorithms) or do not use algorithms for increasing production performance at all. The CPS-based approach is rarely used.

“We plan to develop the Russian analog of enterprise management software, in terms of automation of technological processes and task planning,”

The software was developed by the TPU team, including Alexander Fadeev, head of the research project and Vice-Rector for Digital Affairs, Alexander Zarnitsyn specialist in top-level system design, Alexey Tsavnin, specialist in programming and algorithmization, Evgeny Gromakov, specialist in robotic systems and development of production control algorithms, and Alexander Belyaev, specialist in technical vision.

Researchers tested the product on a prototype control system for autonomous mobile robots. The robots were to assemble a jigsaw puzzle of Van Gogh's Starry Night. To tackle it, they used the CPS-based approach: identification and theory methods, computer vision, and graph theory.

Currently, the grant group is developing scheduling software for Mikron. In the future, the software features are going to be expanded to CPS-based task-planning.