Engineers of Tomsk Polytechnic University have patented a method for automated non-destructive quality testing of large objects by ultrasound. Its key feature is characterized in that the testing process does not require to immerse an object in a bath with liquid. This makes the process much easier and cheaper. 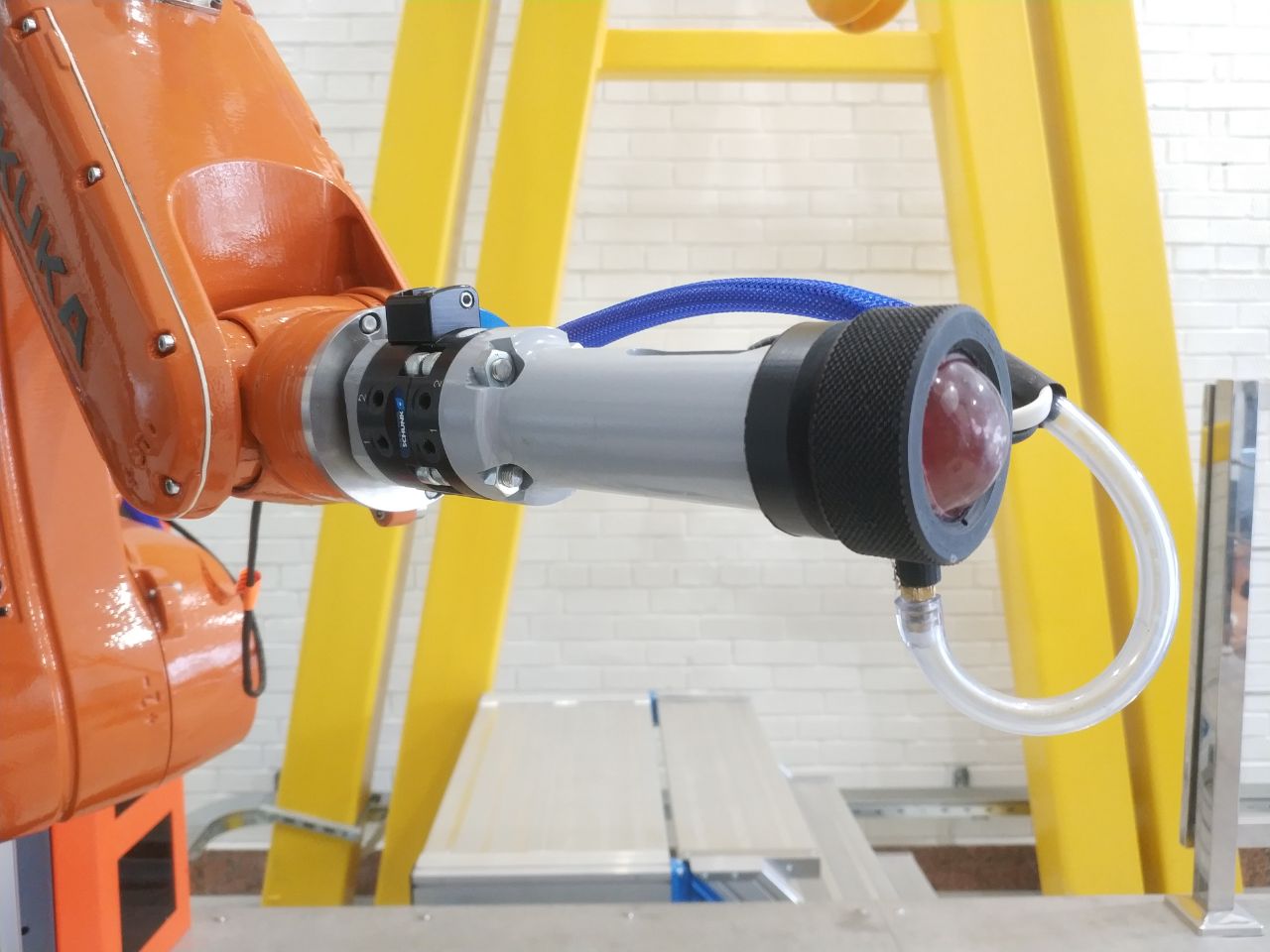 In industry, there are two approaches in robotic ultrasonic testing, such as full immersion, when the object is immersed in water or another immersion liquid, and local immersion through the creation of a coupling with a liquid or through a stream of water under pressure. Ultrasound almost instantly dacays in the air  so liquid is needed to get the ultrasonic waves into the object.

The first method has significant limitations related to the need for the complete immersion of the object in an immersion fluid. The limitations of the second method are high water consumption and interference caused by the liquid – object collision.

The TPU Engineering School of Non-Destructive Testing proposed an alternative approach that is a contact method of robotic testing. The school research team developed a single-channel ultrasonic flaw detector. It uses a small amount of liquid that can be quickly removed from the part. Thus, it enables implementing the ultrasound imaging of large industrial objects. It can be used for products from water-filled composites, to which traditional immersion control methods are not applicable.

“Similar equipment is already being used in automated ultrasound testing systems and ultrasound tomographs operating in immersion. We used a simple analogy. We needed a device used in contact with a tested object, like those used for ultrasound studies of the human body, but suitable for the automated testing of large-sized and complex-shaped objects.

In order to do this, we have developed a durable and reliable design, which is capable to keep stable acoustic contact and being used with a robotic manipulator,” Dmitry Sednev, head of the TPU Tomsk Open Laboratory for Material Inspection, says.

The laboratory team designed a hull with integrated channels for supplying and collecting liquid. Additive technology enabled the implementing of this design. Along with this, we carried out studies and selected the material that ensures smoothing of surface irregularities of the tested object and the application of acoustic waves without attenuation.