Engineers of Tomsk Polytechnic University participate in the upgrading the Large Hadron Collider (LHC). One of them is Gennady Panshin, a senior lecturer of the TPU Division for Automation and Robotics. He has recently returned from CERN. Gennady told reporters of RIA Tomsk how engineers upgrade one of the most expensive mega-installation in the world. 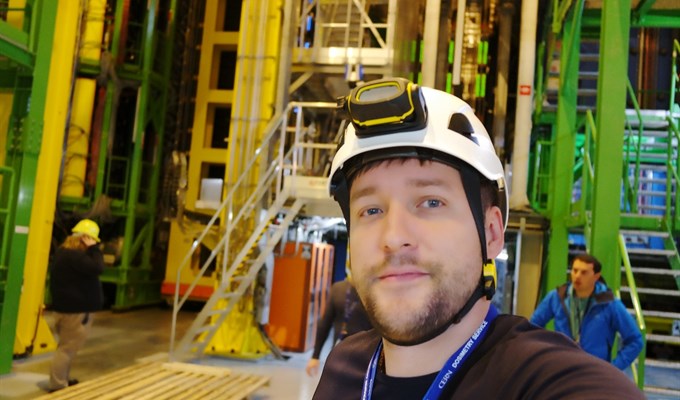 Gennady Panshin works in LHCb (Large Hadron Collider beauty experiment), one of the CERN collaborations. It brings together researchers from all around the world who study particles with b-quarks. The experiments help the researchers considerthe processes after the Big Bangthatenabled the matter to remain in the form we observe it today and  why antimatter disappeared during the Universe evolution.

TPU officially joined LHCb in 2016, when an update of the experiment detectors was being prepared. TPU engineers had to design the positioning system of SciFi Tracker, which is one of the detectors. This is an eye of the experiment. It reads out the collision energy of two proton beams, rushing toward each other at a frantic speed. It is a very heavy, bulky and expensive equipment that should be located in a strictly fixed place with micron accuracy. This provides the correct identifying the trajectories of particles generated by beam collisions in the collider. 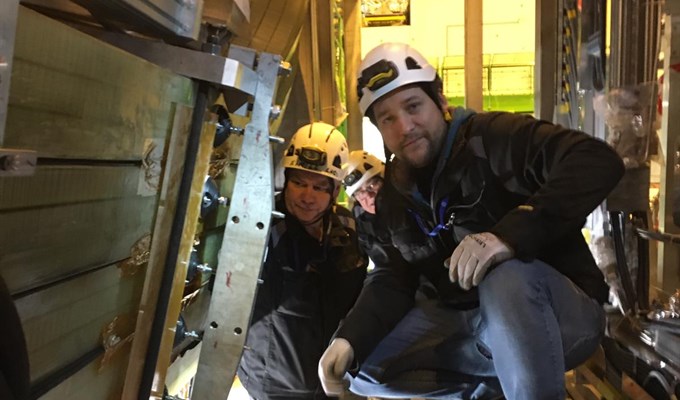 “Researchers find out the ways detectors should work, but there are engineering limitations and we as engineers should come up with the solutions that providethe experiment.

For example, carriages for SciFi had to be as compact as possible, withstand two tons of weight and work in conditions of high radiation and a strong magnetic field,” Gennady Panshin says.

Another interesting task for the TPU team performed until recently is the magnet upgrade.

“There is a magnet at the LHCb detector, its winding weights 50 tons. During the diagnostic and maintenance work, it turned out that the two supports had failed and a steel beam was broken... My task was to make a locking mechanism which included stoppers for the magnet rings so that they would not move. That was a challenging task, requiring outside the box thinking. Initially, the rings were held by two plates. We made a special stainless-steel device weighing over 400 kg with adjustable legs to hold each ring,” the engineer says.

Over the past three years, Gennady Panshin has visited CERN about ten times.

“During the first visit, they only took our measures and gave us a small task. We succeeded and after that, we began to communicate more and more often. By the way, the main problem of CERN is that it is always in need of professional employees. Taking into account competencies of TPU, they are ready to outsource projects to motivated student and PhD student teams. At the same time, these tasks are on the cutting edge of engineering studies with strict requirements for accuracy and quality. It is an excellent motivation to apply to Tomsk Polytechnic University,” the Gennady says.