Having signed an official agreement, Tomsk Polytechnic University became an associate member of NA64, the collaboration of the Large Hadron Collider at the European Center for Nuclear Research (CERN). 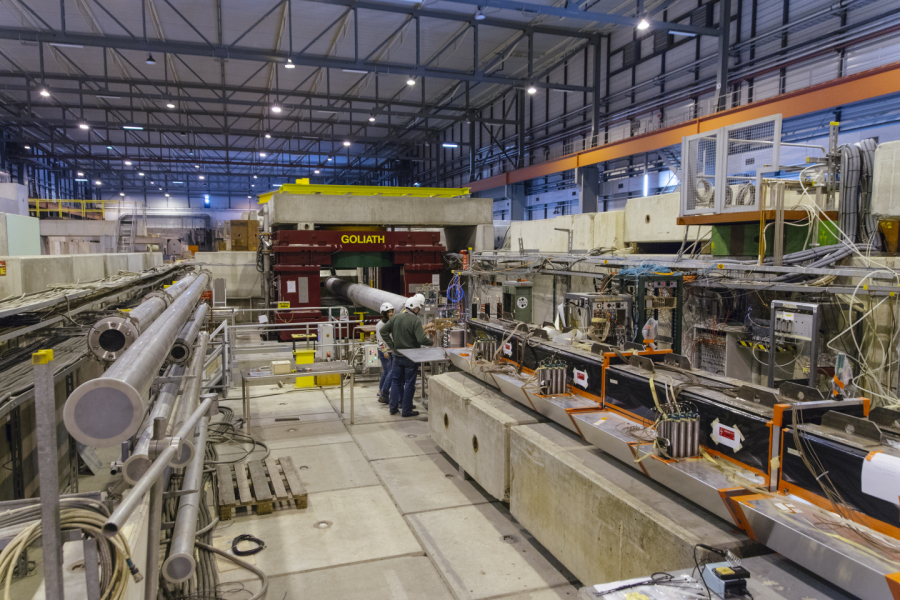 As part of NA64, scientists from all around the world use the SPS accelerator to create an environment conducive to the formation of dark photons. TPU research team participates in analyzing data streamed from the accelerator, modeling experiments, etc.

Our experts have participated in the collaboration since 2016.  Being an associate member is an official recognition of the TPU contribution. The university is represented by three specialists. In addition, the collaboration offers student internships, thus enabling young TPU researchers to work in NA64,” Leonid Sukhikh, TPU Vice-Rector for Academic Excellence, says.

Allowed for by a number of cosmological observations, dark matter, is assumed to consist of currently unknown heavy particles. They scarcely interact with the visible part of our universe. Dark photon can be a mediator in the interaction between dark and ordinary matter. Unlike an ordinary photon, which is a quantum of light, the dark one has a mass.

The NA64 experiment is carried out on a Proton Synchrotron, SPS, which is a ring accelerator of particles at CERN. It creates an electron beam with predetermined energy. The beam consists of electrons that fall on the detector and interact with its atoms, thereby creating visible photons. If dark photons exist, then the energy they carry away is subtracted from the initial energy of the electrons, according to the law of conservation of energy. As a result, there is a loss of energy that cannot be related to any known processes.

“The NA64 collaboration is small in terms of the number of participants, but it is successfully developing and productive. The scientific interest of the research team is laid beyond the dark photon, as we work with a number of other particles. The key moment is that this research group reflects the priority of the Russian scientific school. Half of the NA64 participants are Russians,”

Renat Dusaev, engineer at the TPU Research School of High Energy Physics, one of the participants in the SPS experiments, notes.