New Material Can Generate Hydrogen from Salt and Polluted Water

Scientists of Tomsk Polytechnic University jointly with teams from the University of Chemistry and Technology, Prague and Jan Evangelista Purkyne University in Ústí nad Labem have developed a new 2D material to produce hydrogen, which is the basis of alternative energy. The material efficiently generates hydrogen molecules from fresh, salt, and polluted water by exposure to sunlight. The results are published in ACS Applied Materials & Interfaces (IF: 8,758; Q1). 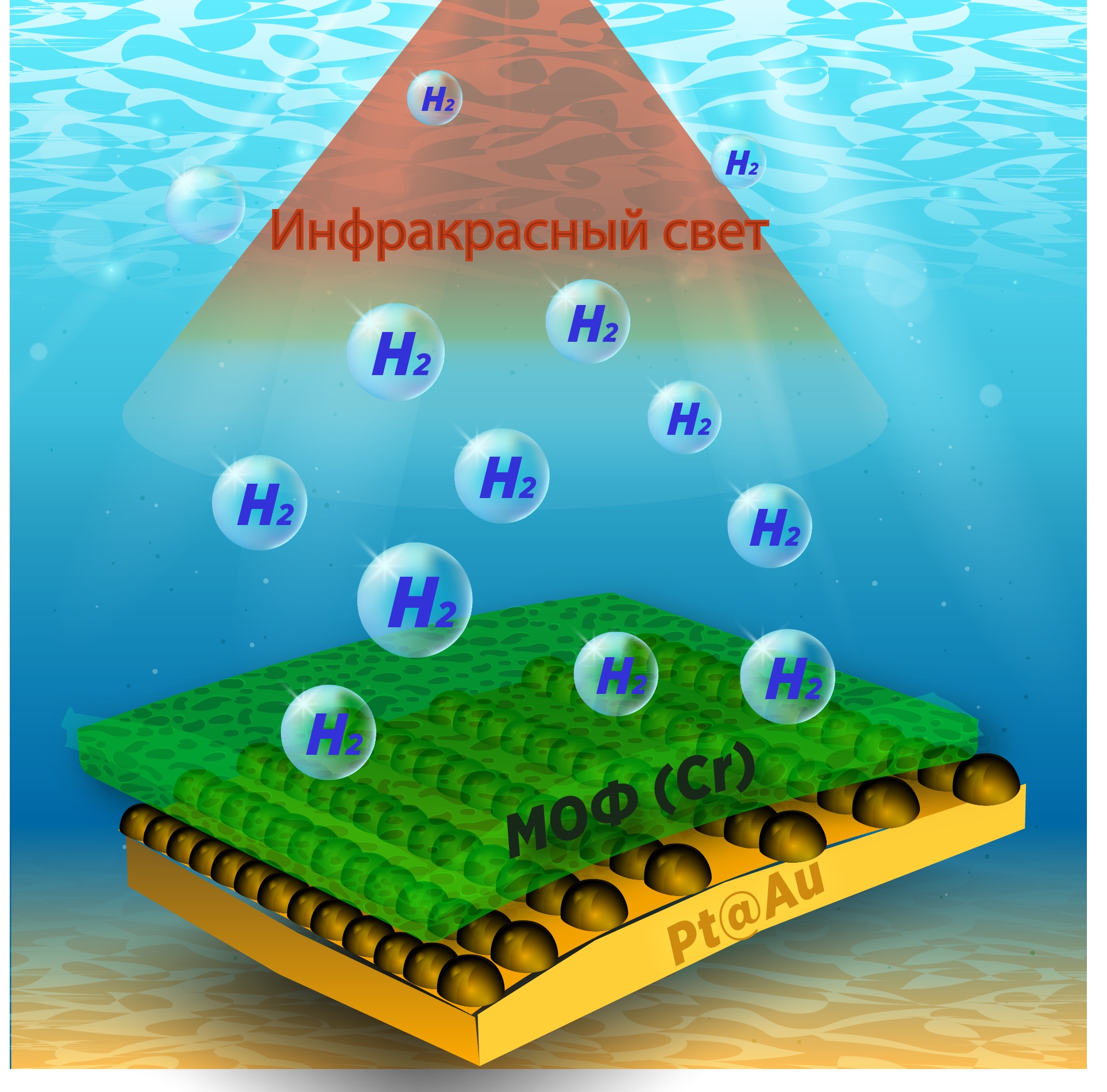 “Hydrogen is an alternative source of energy. Thus, the development of hydrogen technologies can become a solution to the global energy challenge. However, there are a number of issues to solve. In particular, scientists are still searching for efficient and green methods to produce hydrogen. One of the main methods is to decompose water by exposure to sunlight. There is a lot of water on our planet, but only a few methods suitable for salt or polluted water. In addition, few use the infrared spectrum, which is 43% of all sunlight,” Olga Guselnikova, one of the authors and a researcher of the TPU Research School of Chemistry & Applied Biomedical Sciences, notes.

The developed material is a three-layer structure with a 1-micrometer thickness. The lower layer is a thin film of gold, the second one is made of 10-nanometer platinum, and the third is a film of metal-organic frameworks of chromium compounds and organic molecules.

“During the experiments, we watered material and sealed the container to take periodic gas samples to determine the amount of hydrogen. Infrared light caused the excitation of plasmon resonance on the sample surface. Hot electrons generated on the gold film were transferred to the platinum layer. These electrons initiated the reduction of protons at the interface with the organic layer. If electrons reach the catalytic centers of metal-organic frameworks, the latter were also used to reduce protons and obtain hydrogen,” Olga explains.

Experiments have demonstrated that 100 square centimeters of the material can generate 0.5 liters of hydrogen in an hour. It is one of the highest rates recorded for 2D materials.

“I this case, the metal-organic frame also acted as a filter. It filtered impurities and passed already purified water without impurities to the metal layer. It is very important, because, although there is a lot of water on Earth, its main volume is either salt or polluted water. Thereby, we should be ready to work with this kind of water,” she notes.

In the future, scientists improve material to make it efficient for both infrared and visible spectra.

“The material already demonstrates a certain absorption in the visible light spectrum, but its efficiency is slightly lower than in the infrared spectrum. After improvement, it will be possible to say that the material works with 93% of the spectral volume of sunlight,” Olga adds.

The studies are carried out in collaboration with the University of Chemistry and Technology, Prague and Jan Evangelista Purkyne University in Ústí nad Labem. This research project was used in an application, supported by the TPU Competitiveness Enhancement Program (VIU-ISHKHBMT-194/2020, the scientific supervisor is Assoc. Prof. Pavel Postnikov, TPU Research School of Chemistry & Applied Biomedical Sciences