Young scientists of Tomsk Polytechnic University will develop algorithms to train AI, which are used in drones, including vehicles.

A project Methods and Intelligent Technologies for Planning the Movement of Unmanned Vehicles by Nikita Laptev, a PhD student of TPU Division for Automation and Robotics, was supported by the Russian Foundation for Basic Research (RFBR). The two-year grant includes 1.2 million rubles. Olga Gerget, Professor of TPU Division for Information Technology, is the scientific supervisor. 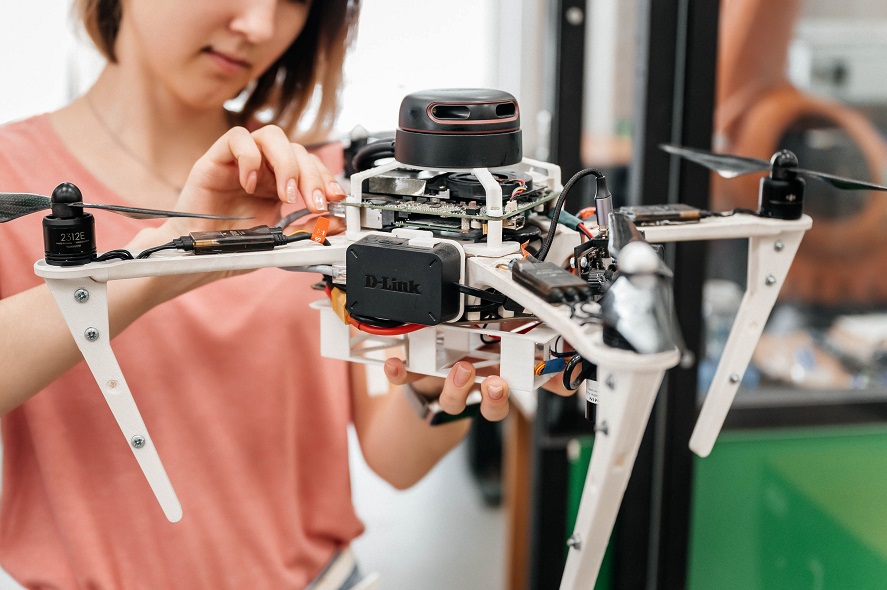 “There are various projects of unmanned vehicles from Yandex to Tesla. They rely on the reinforcement AI learning technology when neural network is trained on its own mistakes. It uses a virtual simulator to go through typical mistakes that are critical on the roads. This creates a basic algorithm to be allowed to drive a car.

Our goal is to develop a smart control system, including algorithms of behavior and navigation in a space with dynamic obstacles, including people, animals, other cars and etc.,” Nikita Laptev says.

For the next two years, scientists will carry out research, develop algorithms and integrate them into a neural network. The result should be a smart system, a training course for artificial intelligence, which will lay a foundation for new unmanned vehicles, thereby accelerating their development and market release.

Similar algorithms already exist, but they are private intellectual property. Notably, the TPU product will be made on the universal platform Unity and publicly available. The system can also be used to train AI of other drones.

29 PhD students received support from the Russian Foundation for Basic Research (RFBR) for the best projects.