Tomsk Polytechnic University scientists have developed a unique technique to produce tungsten carbide and other superhard materials. It is much simpler and more reliable than analogs. In addition, it allows using wastes containing similar materials as raw materials. The results were published in the International Journal of Refractory Metals and Hard Materials. Find more on RIA Nauka (Science). 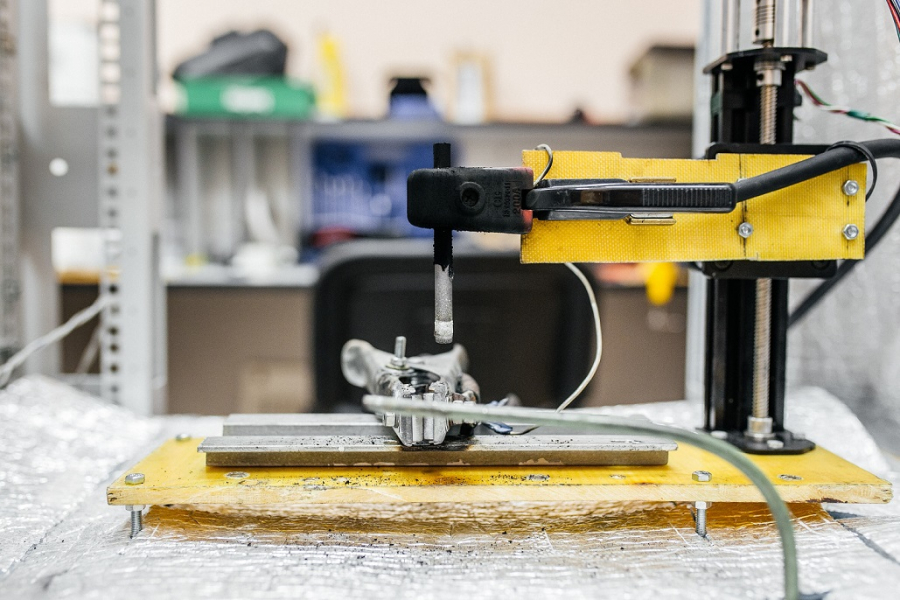 Tungsten carbide is a superhard material widely used in various drilling tools and other wear-resistant parts. In recent years, the potential of using tungsten carbide as a catalyst in the production of hydrogen from water has been actively studied. Platinum, palladium, and several other expensive metals are still considered the best catalysts. However, according to the TPU research team, a relatively inexpensive nanopowder of tungsten carbide can replace them.

“Due to specially shaped graphite electrodes when generating electric arc plasma, we managed to get an autonomous self-insulating gaseous medium without using a vacuum chamber. It greatly facilitates the process and reduces several times energy costs,”

Another advantage of the technique is that it can use worn-out drills, spent parts of cutters and other wastes containing tungsten carbide as source materials for the synthesis. According to the research team, it is a unique technology in terms of efficiency and costs.

“The new technique also works for the synthesis and efficient processing of other superhard refractory materials such as titanium carbide, silicon carbide or boron carbide,” the authors explain.

In the future, the team plans to optimize the technique for practical implementation and expand the list of suitable waste materials.

The research project is carried out as part of the Russian Science Foundation project 19-79-00086.