Scientists have obtained data on the first stage of clinical trials of a new radiopharmaceutical to diagnose an aggressive type of breast cancer. It was developed by Tomsk Polytechnic University based on a unique technology for Russia using a scaffold protein.  The first stage of clinical trials was carried out over the past year at Oncology Research Institute of Tomsk National Research Medical Center of the Russian Academy of Sciences. 29 patients have participated in the studies and the drug proved to be successful. 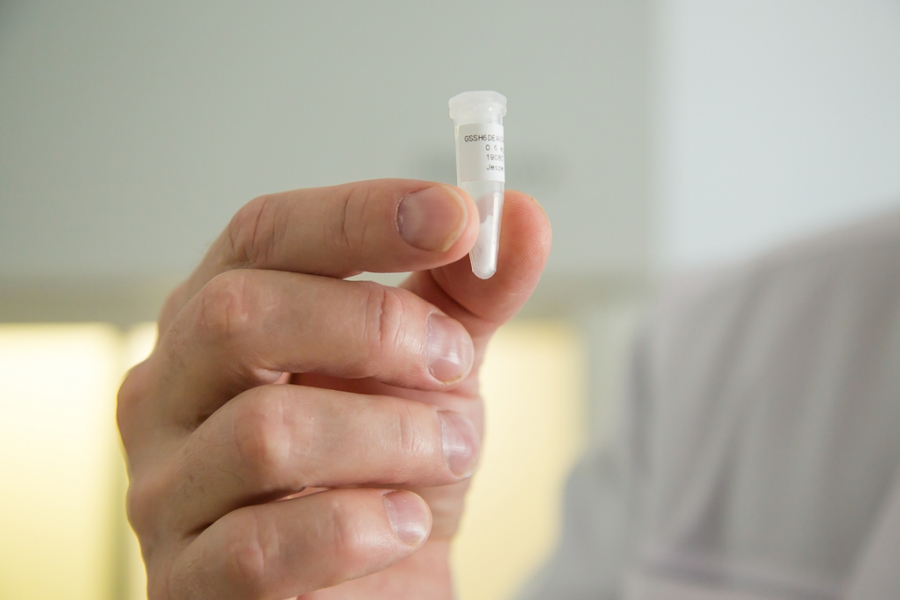 The results are published in The Journal of Nuclear Medicine (IF: 7,354; Q1) and presented at the first Swedish-Russian online forum for young scientists, held in September.

The obtained radiopharmaceutical differs by its structure and includes a scaffold protein and a radioactive isotope technetium-99. The protein is responsible for an accurate search of a tumor cell, acting based on the antigen-antibody reaction, and the isotope visualizes this cell. Thus, the location of the isotope and the tumor cell can be seen using a gamma camera. All oncological centers have these devices. Diagnostic drugs with similar structures are considered extremely promising due to their accuracy and lack of toxicity. However, they have not yet been implemented into wide medical practice.

The research team used ADAPT6, scaffold protein, specific for the Her2/neu tumor marker, which is a receptor on the surface of a tumor cell. The more such receptors on the cell, the more aggressive the disease progresses. 15-20% of patients with breast cancer demonstrate an increased expression of this receptor, there can be up to 2 million Her2/neu receptors on one cell.

“The treatment of this type of breast cancer includes expensive targeted drugs which, requiring accurate diagnosis to both locate tumor cells to minimize the effect of drugs on healthy tissues. The standard of diagnostics in oncology is morphological and immunohistochemical investigation methods. They are invasive and require tissue sampling. Before that, nobody used radionuclides to diagnose Her2/neu receptors, our drug is the first in these terms. Nevertheless, it will not replace standard methods, its goal is to make diagnostics even more accurate,” Olga Bragina, one of the authors and a research fellow of the TPU Oncoteranostika Research Center, says.

At the first stage of clinical trials, the patients were divided into three groups according to the dosage of the drug. They were injected intravenously with 250, 500, and 1000 micrograms, respectively. Experts note that even the maximum dosage of the new drug is lower than the normal dosage of standard drugs used to diagnose other types of cancer. Each patient was injected the drug once.

The patients were scanned in a gamma camera in two, four, six, and 24 hours after drug administration to assess the rate of drug distribution and accumulation.

“The results demonstrate a significant difference in drug accumulation in tumors with overexpression of Her2/neu compared with tumors without this receptor and a high tumor-to-liver ratio. This means that this drug can visualize both metastases in the mammary gland and in the liver if any. In one case, the status of Her2/neu was changed. A patient had negative expression, which led to a change in the treatment strategy. In another case, the patient was found to have additional metastatic foci in the thoracic vertebra and in the rib, which had not previously been visualized by standard diagnostic methods,” Olga underlines.

The drug has to go through several more stages of clinical trials.

“This was only the first stage. Clinical trials will continue to determine the further potential of the drug. It is planned to be used for visualization in other organs. Further stages of research can take several years. Then the drug will have to go through a long certification stage to be available to patients at other clinics, ” Vladimir Chernov, head of Department for Radionuclide Diagnostics.

The development of the drug is carried out by the specialists of the TPU Oncoteranostika Research Center jointly with the Research Institute of Oncology of the Tomsk NIMC. It was created at the university with the support of a mega-grant from the Russian government. The center are developing a line of radiopharmaceuticals based on scaffold proteins for diagnostics and for therapy of oncological diseases.