Pavel Logachev, member of Council for Science and Education under the President of the Russian Federation, paid visit to TPU

Pavel Logachev, director of the Budker Institute of Nuclear Physics SB RAS and a member of the Council for Science and Education under the President of the Russian Federation, visited Tomsk Polytechnic University. He was presented the university achievements in industrial tomography, physics of charged particle beams, and accelerator technology. 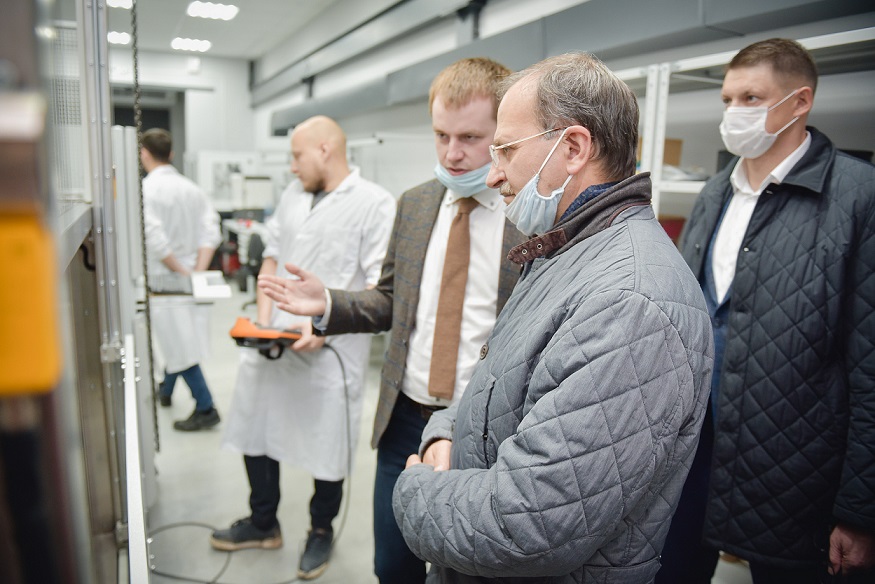 Dr. Logachev visited the TPU Center for Industrial Tomography to get acquainted with the university technologies in non-destructive testing, and a laboratory, producing betatrons, the smallest particle accelerators. In addition, The researcher of Laboratory for Pulse-Beam, Electric Discharge and Plasma Technologies also presented accelerator technology of beams of charged particles and shared further research plans in this field.

“The Budker Institute of Nuclear Physics and many branches of the Academy of Sciences have long-standing and solid scientific ties with TPU. We keep in touch with our Tomsk colleagues because we are developing Siberian science together,”

The university representatives and Pavel Logachev discussed the development of a stand and neutron-physical experiments in the units of the thorium blanket structure based on the extracted neutron beam of the TPU research reactor. During the visit, the parties paid particular attention to the collaborative staff training.

“I believe that the primary task for universities and institutes is to pay more attention to personnel training to improve skills of applicants and students. Jointly with the TPU specialists, we will discuss options on this issue,” Pavel Logachev notes.

The parties noted the mutual interest in joint research at the TPU nuclear reactor and in holding a series of seminars on charged particle accelerators.