A Russian-Swedish expedition aimed to study the state of underwater and underground permafrost in the Arctic seas set sail from Arkhangelsk. The studies brought together leading researchers from ten countries on board the R/V Akademik Mstislav Keldysh. The expedition is headed by Igor Semiletov, TPU Professor, head of the Laboratory for Arctic Research of the V.I. Il’ichev Pacific Oceanological Institute Far Eastern Branch of Russian Academy of Sciences (RAS), Corresponding Member of RAS. The research team includes research staff and PhD students of Tomsk Polytechnic University. 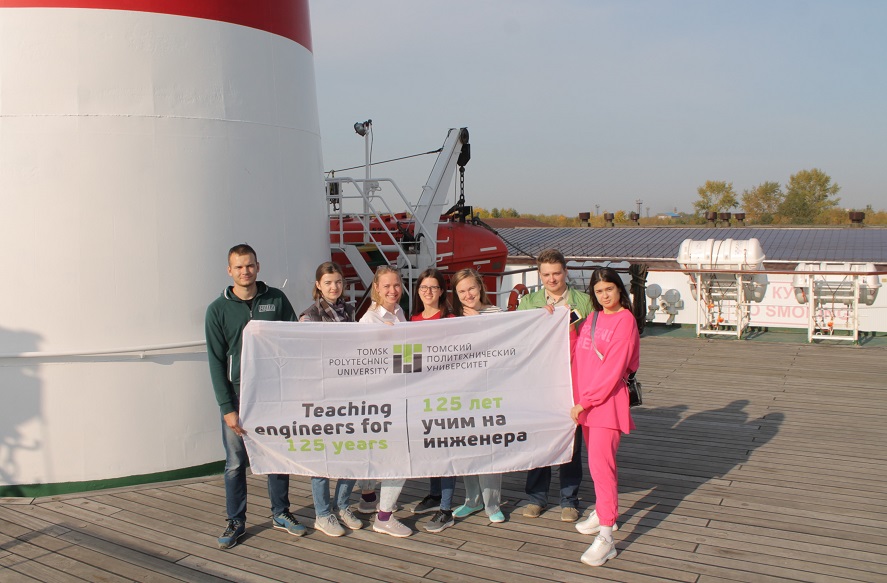 Since 2014, Prof Igor Semiletov has headed a large-scale scientific project The Siberian Arctic Shelf as a Source of Greenhouse Gases of Global Scale: Quantitative Assessment of Flows and Identification of Possible Environmental and Climatic Consequences, conducted by TPU. The project was supported by grants from the government of the Russian Federation and the Russian Science Foundation. The main theory of studies is that the thawing of the underwater permafrost leads to large emissions of the greenhouse gas methane into the Earth's atmosphere, which can have a significant impact on climate change on a planetary scale.

To confirm this theory, a number of comprehensive expeditions to the Russian Arctic seas were carried out. The most recent expedition ended in October 2019. For 35 days, a research team, including representatives of TPU and leading Russian scientific and educational organizations, worked in the seas of the Eastern Arctic on board of the R/V Akademik Mstislav Keldysh. One of the most interesting discoveries of this expedition was a powerful methane release in the water area of the East Siberian Sea.

“The only comprehensive Arctic expedition in 2020 will be held at a high scientific and technological level. It is organized by the Laboratory for Arctic Research of the V.I. Il'ichev Pacific Oceanological Institute Far Eastern Branch (RAS), Shirshov Institute of Oceanology of the Russian Academy of Sciences (RAS), Center Geophysics of Moscow State University, Skolkovo Institute of Science and Technology, Moscow Institute of Physics and Technology, Tomsk Polytechnic University, and Tomsk State University. The international group of the research team is represented by researchers of the Department of Environment and Analytical Chemistry of Stockholm University (Sweden). The group is coordinated by Prof Orjan Gustafsson, member of the Nobel Committee for Chemistry, Academician of the Royal Swedish Academy of Sciences,” the website of the Russian Academy of Sciences reports.

The expedition will last 40 days. The main work will be carried out in the Kara Sea, the Laptev Sea, and the East Siberian Sea. The researchers will study biogeochemical, geological, meteorological, climatic, ecological consequences of underwater and ground permafrost degradation.

However, they are not amateurs in such studies, everyone has visited the Arctic at least once. For instance, this is the sixth expedition in the research career of Alexey Ruban and the forth – in  Yulia Moiseeva’s  career.

“Each participant focuses on their research task, emphasized on individual scientific tracks. TPU team will study the geochemical mechanisms of the formation of the waters and bottom sediment composition in the Arctic seas, carry out radioisotope studies to identify the discharge of subpermafrost groundwater, study the composition of organic matter in methane emission zones, etc. They will bring samples for further comprehensive studies to TPU,” Elena Gershelis, a team member, Associate Professor of the TPU Division for Geology, says.

The expedition resulted from the meeting of the international working group Research of Evolution of the Arctic Lithosphere-Hydrosphere-Cryosphere-Atmosphere System Under Current Climate Change: Fundamental Challenges of 21st Century, conducted as the part of a pilot project of the RAS International Center for Advanced Studies and the Office of International Cooperation RAS. The meeting was organized and conducted by the Russian Academy of Sciences.
Subscribe to News