The 2020 Nobel Prize in chemistry has been awarded to two female scientists Emmanuelle Charpentier and Jennifer A. Doudna for CRISPR / Cas9, one of the on-demand methods in genetic engineering, known as "genetic scissors". Prof. Konstantin Brazovsky, the TPU Research School of Chemistry & Applied Biomedical Sciences, comments on this method of genome editing and its impact on advanced science, medicine, and society. 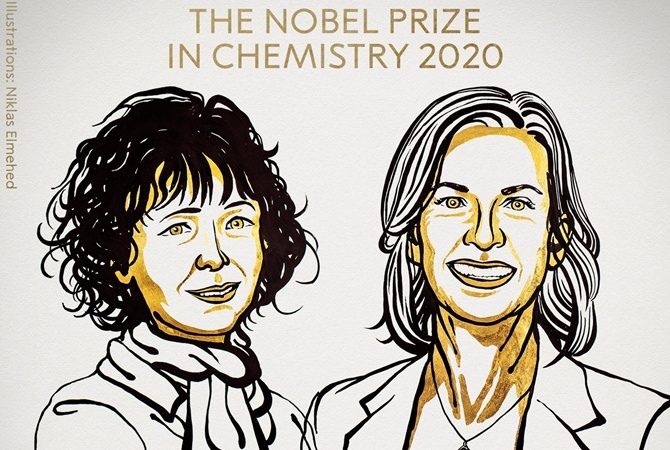 CRISPR / Cas9 mechanism was discovered eight years ago. The method was adapted from a naturally occurring genome editing system in bacteria to edit the DNA of plants, animals, and even humans. The technology enables scientists to alter gene functions in just a few days, not weeks or months.

‘The development of the CRISPR/Cas9  system is, without exaggeration, one of the key achievements of biomedical science in general, and in genetic engineering in particular. The idea of genome editing appeared, apparently, simultaneously with the evidence of the leading role of DNA and RNA in the existence of life. Targeted alteration of genetic information opens up endless prospects to create plants and animals with desired properties, treat hereditary diseases, suppress the growth of tumor cells, and many other applications, considerably important  for all of humanity,’ Prof. Konstantin Brazovsky says.

‘In my opinion, the main merit of the scientists is the creation of a reliable tool, equally suitable for both advanced research and for everyday use in practical applications. This technology is already being used to treat genetic disorders, to combat antibiotic-resistant microorganisms. Regular clinical trials of drugs are carried out to combat certain types of cancer.

It is worth noting the enormous impact that genome editing technology has on society. It has raised a number of important ethical, social and humanitarian concerns, related to interference with the cornerstone of all life on Earth.’