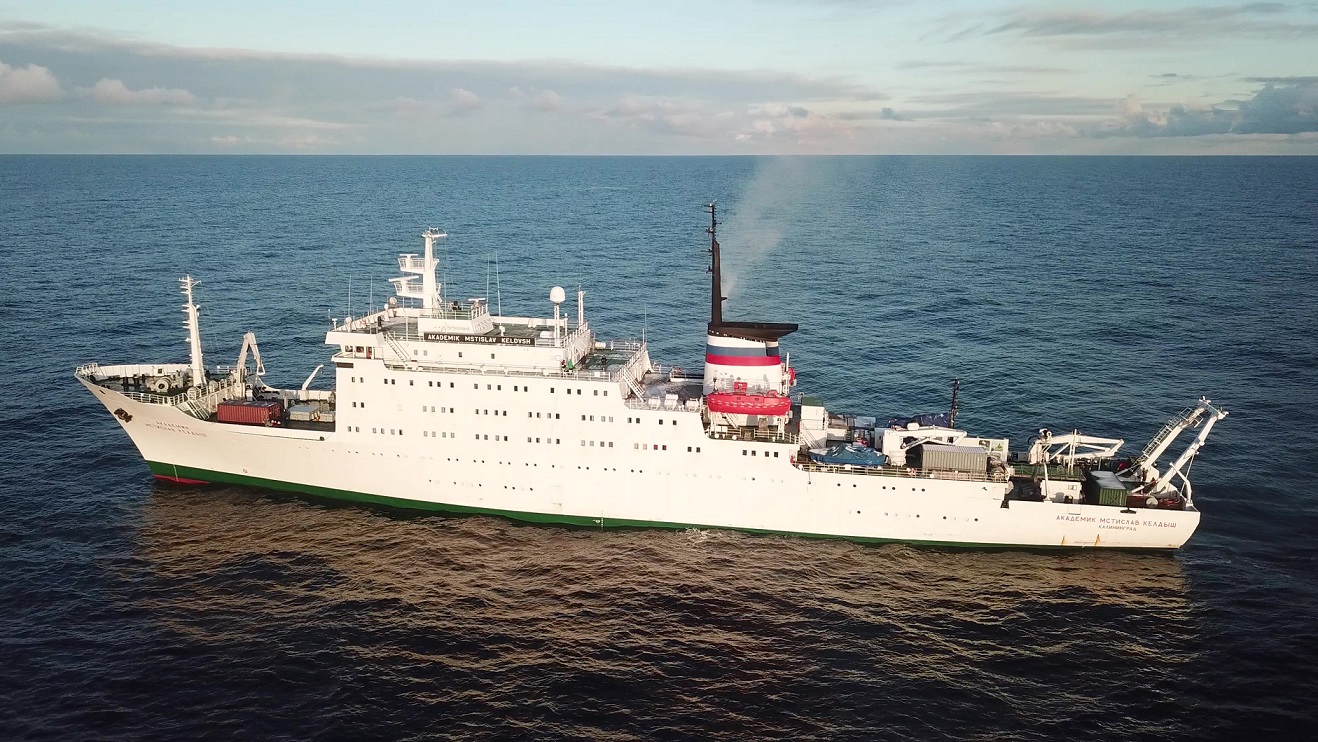 The only international expedition in 2020 made under the restrictions on crossing the borders of Russia and other countries included 69 scientists from ten countries. The research was conducted from September 27 to November 4 when the researchers studied the biogeochemical, biological and geodetic impact of the permafrost degradation at the underground and above-water levels in the Russian Arctic. Primarily, the expedition aimed to study the imbalance in the carbon cycle and freshwater runoff into the Arctic seas being the main drivers of the climate system.

“The expedition was launched under the exceptional epidemiological situation in the world. As a result, the international research expedition managed to achieve its goals and obtain new data for scientific research,” Alexander Sergeev, the President of the Russian Academy of Sciences, says.

The researchers from the marine institutes of the Russian Academy of Sciences, leading Russian universities, including TPU, and Stockholm University took part in the expedition. Aboard the Keldysh they covered about 11 thousand kilometers. The major objective of the expedition was to study the imbalance of the carbon cycle in the Arctic land-shelf-atmosphere system with regards to permafrost degradation and hydrates destabilization.

“Until now, it has been widely believed that the Arctic, the Arctic Ocean and the Arctic shelf are of no importance in forming the planetary maximum methane in the atmosphere. Scientists have already proved that the concentration of atmospheric methane over the Arctic is about 10% higher than anywhere else on our planet including the middle latitudes of the northern hemisphere, where the main anthropogenic activity is concentrated,”

Igor Semiletov explained in his report.

One of the expedition outcomes was the measurement of the dissolved methane concentration on the surface layers of the Arctic seas. It was measured using a new technology with analytical ends on laser spectrometers, which increased the research efficiency by five times. Specifically, about 300 million measurements were made during the expedition, which enabled the scientists to identify the fine structure of the dissolved methane distribution and confirm the high level of methane in the seas of the Eastern Arctic once again.

“A zone of sea craters in the shallow zone of the Laptev Sea was a revelation for us. Craters look like holes in permafrost. Based on our findings, marine craters resulted from the massive outburst of methane bubbles reaching 30 meters in diameter. New craters characterized by major emissions of methane bubbles into the atmosphere were also discovered in the East Siberian Sea. The methane emits through the furrows from the icebergs. According to our estimates, up to hundreds of kilograms of methane from a square meter emit per day. The first seep was discovered last year, and two new ones were detected this year,” Igor Semiletov says.

“We have mapped more than a thousand large seep zones (areas of massive discharge of bubbly methane with linear dimensions equal to more than a hundred meters) and mega zones (over a thousand meters). Using the method of micropolygon survey, we investigated six mega seeps in the Laptev and East Siberian seas and made the following conclusion regarding their growth: the rate of cross-sections of seeps, the number of large methane jets and methane emission into the atmosphere increase at various testing grounds from 5-10% to 100-120%. Therefore, it is possible to assert emission doubling over a year. The expedition also managed to document the offshore hydrates discharge,”

Reference:
An ambitious scientific project “The Siberian Arctic Shelf as a Source of Greenhouse Gases of Planetary Significance: Quantitative Assessment of Flows and Identification of Possible Environmental and Climatic Consequences” led by Professor Igor Semiletov is being implemented at TPU. The project is supported by the grants from the government of the Russian Federation and the Russian Science Foundation.

The main theory is as follows: large emissions of the greenhouse gas methane into the Earth’s atmosphere are due to the underwater permafrost thawing. These emissions can have a significant impact on global climate change. A number of complex expeditions to the Russia Arctic confirm this theory.

The last expedition was undertaken in October, 2019. The scientists worked for 35 days in the seas of the Eastern Arctic aboard the Akademik Mstislav Keldysh research vessel. The expedition discovered a great methane emission with the total area from four to five square meters in the waters of the East Siberian Sea.