Students-Nuclear Engineers from Egypt, Vietnam, Kazakhstan, and Russia Defend Their Theses at TPU

An international team of nuclear power engineers from Egypt, Vietnam, Kazakhstan, and Russia has successfully defended their theses at Tomsk Polytechnic University. The students studied the design and operation of nuclear power plants at the Butakov School of Energy & Power Engineering. 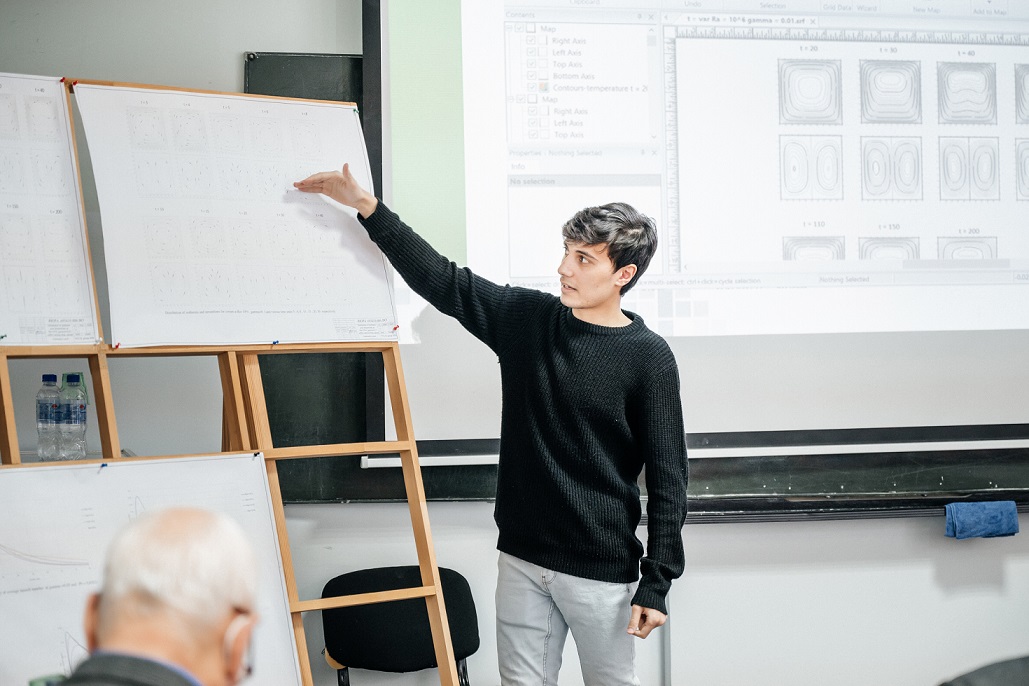 This year, 48 students graduated from the Nuclear Plants: Design, Operation and Engineering program including 13 students from Egypt, 10 from Vietnam, 2 from Kazakhstan, and 23 from Russia. The training lasted 5.5 years and was delivered in two languages – English and Russian.

Egyptian students studied under a joint program with the Egyptian Russian University (ERU) – the first three years they studied general science theory in their homeland, and the rest of the time they studied specialized disciplines at Butakov School of Energy & Power Engineering. Their training was entirely in English. Other students took the program in Russian with an additional course in the Russian language organized for non-Russian speakers.

“Russia has about ten nuclear power courses across different universities, but this program is unique in the sense of its 360-degree approach.

We are preparing top nuclear experts, and not in terms of separate components: reactors, turbines, or steam generators. Our graduates are experts in the full cycle of a nuclear power plant,”

In addition to fundamental physics, kinetics, and neutron-physical processes, students study the principles of design, operation and engineering of nuclear power plants. As part of the agreement between Tomsk Polytechnic University and the National Research Nuclear University of the Moscow Engineering Physics Institute, foreign students have their practical training at the resource center in Volgodonsk.

“Whereas our graduates possess in-depth knowledge of the operation of the entire nuclear power plant, the market’s demand for them is very high. There are up to 4 job opportunities per one graduate of this program in 2020.

The technical academy of Rosatom State Nuclear Corporation alone sent an application for 28 graduates. This shows a high trust in the professionalism of the training provided by Tomsk Polytechnic University,” Sergey Lavrinenko explains.

Egyptian and Vietnamese students were recruited according to quotas and with the funding from the Russian Ministry of Science and Higher Education, The program graduates will be later recruited to Rosatom’s projects in Egypt and Vietnam, which are currently under construction, as well as nuclear R&D centers.

The Egyptian Russian University is the first Russian university in the Middle East, founded in 2006 in Badr City, not far from Cairo. This university is a private educational institution. It was founded at the initiative of a group of Egyptian investors, which were not entrepreneurs, but scientists. The Nuclear Power Plants: Design, Operation and Engineering program was launched in 2015.