On the Day of Russian Science (February 8), Tomsk Polytechnic University opened a multimedia classroom for the university lecturers and invited speakers’ lectures. The classroom was equipped as part of the university’s digitalization program and in honor of the 125th anniversary of the university. This kind of classroom is the first in Russia.

Andrey Yakovlev, acting rector of TPU, and Liudmila Ogorodova, Deputy Governor for Scientific and Educational Complex and Digital Transformation, took part at the official opening of the classroom.

“TPU has always been an advanced university, where new technologies were born. The new classroom is aimed at the solution of two problems at once: technical and psychological. Now students have an opportunity to gain knowledge using high-tech equipment, including 360 degrees cameras and VR. As for the lecturers — they can not only hold the attention of the audience and compete with other online resources but convey information most effectively,” Liudmila Ogorodova noted. 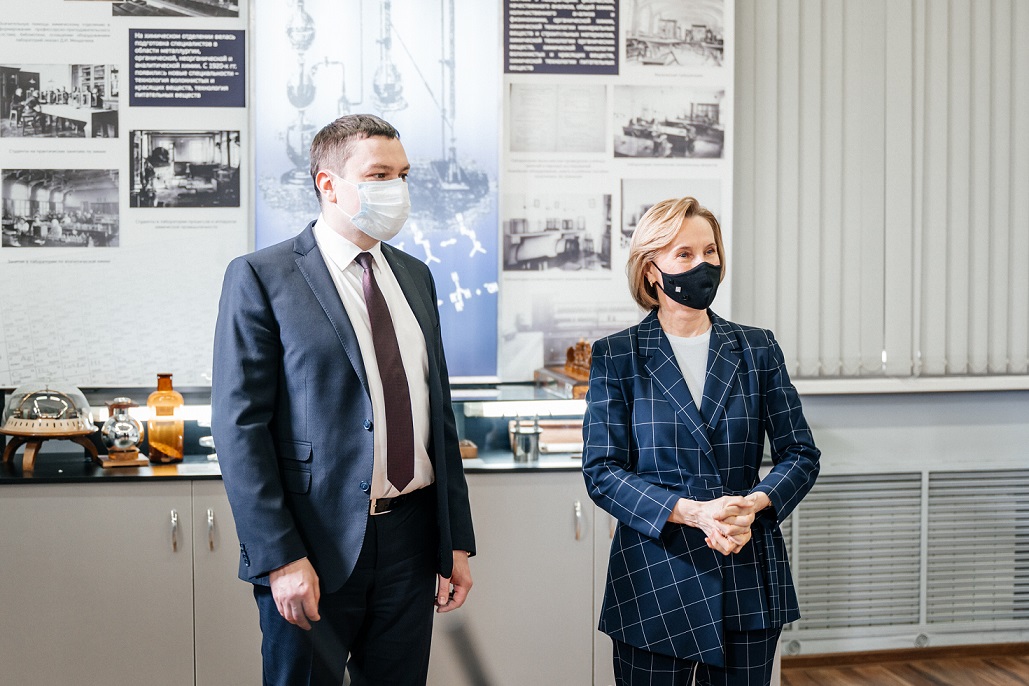 The classroom multimedia module consists of two big TV sets, where all students are displayed, a digital board, which can be used as a horizontal or vertical electronic flipchart. Three video cameras catch the speaker on video at the same time, and then they deliver an image in 4K resolution. The lecturer’s presentation is displayed on the control monitor. The classroom is equipped with a radio communication system: radio microphones, acoustic speakers, video and audio mixers.

“In fact, the multimedia classroom is a full-featured video studio.

This complex fully represents the atmosphere of a classic lecture, which has been faded with the advent of distance learning. We did our best to create conditions for the interactive work as close as possible to reality,”

The lecturer conducts the lesson using a lavalier radio microphone. Thus, he can gesture and move freely, the sound remains clear and proper. The monitors of the audience alternately show the speaker from various perspectives and the image from the board or a presentation. Videos of classes will be recorded and saved in good quality. 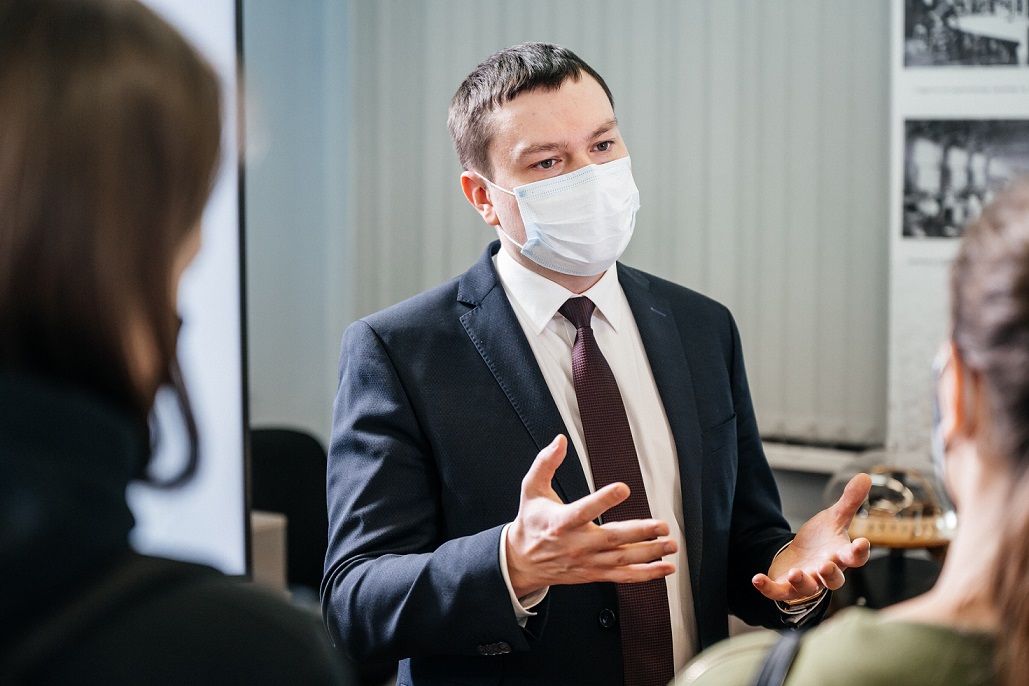 An electronic board is one of the features of the classroom. The lecturer can write with electronic markers both on a blank sheet and over the blanks, make corrections and erase the written text in one movement. Moreover, the image is transmitted not through a video camera, which can cause interferences such as blinks, but directly in digitalized form.

Any lecturer of Tomsk Polytechnic University can use the multimedia classroom.

“We’re also planning to invite visiting speakers into this classroom to conduct open lectures for the TPU students and other Russian universities. During a pandemic, it is the best option in comparison with an ordinary meeting because thousands of participants can join the lecture, whereas the number of seats in the ordinary classroom is limited.

Now TV studios exist in many educational institutions, but their operation is expensive, a whole staff of employees is required and these studios hardly allow you to receive participants’ feedback quickly. The classroom at TPU is unique for the universities of Russia: due to the novelties of the world of technologies it allows the processing of HD video and sound digital streams rapidly and seamlessly integrating them into video conferencing systems, and only one technical support employee can easily provide the whole support,” Andrey Yakovlev considered.

Pavel Strizhak, TPU professor, was the first to read the lecture in the new classroom. He told students about researches in the field of energy: the development of micro-explosive grinding technology for fuel droplets to improve the energy efficiency of engines. 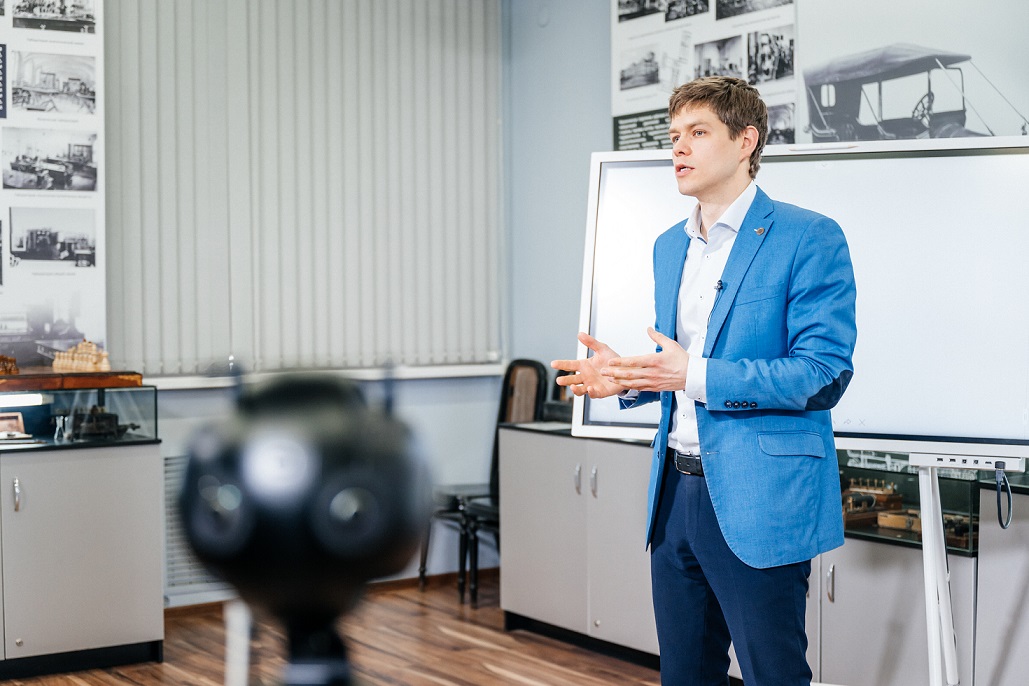 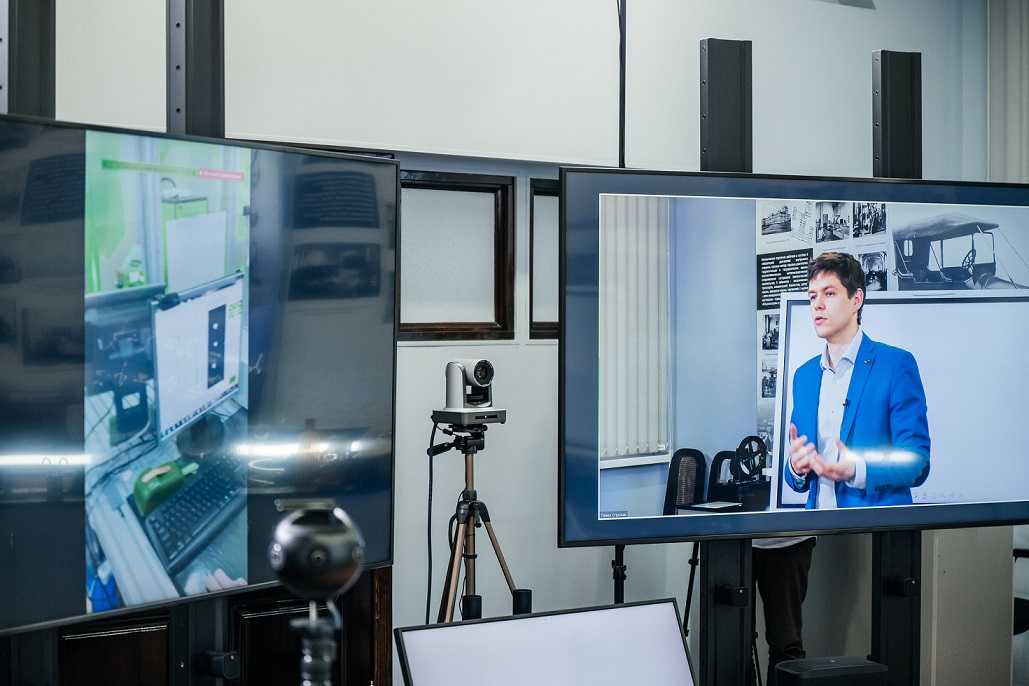