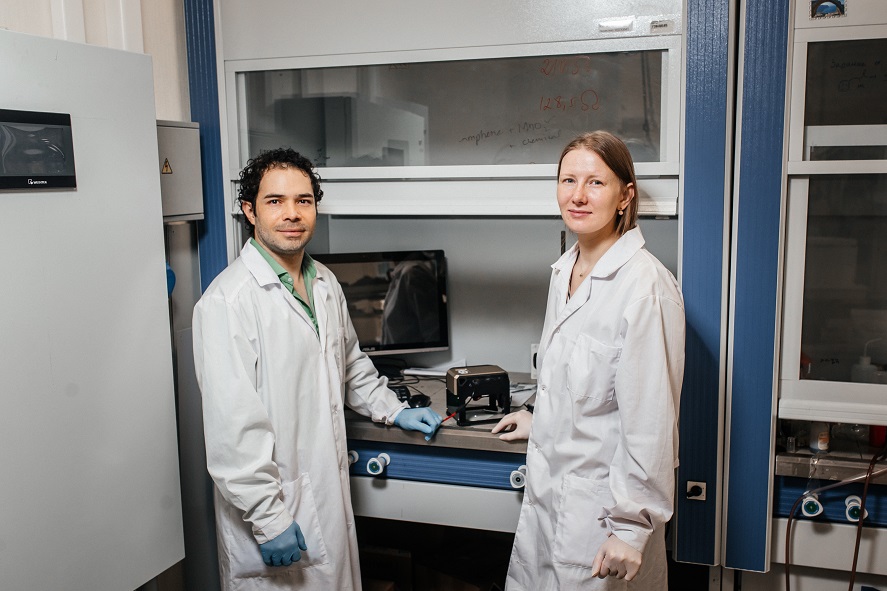 “Currently developing breakthrough technologies such as the Internet of Things, flexible electronics, brain-computer interfaces will have a great impact on society in the next few years. The development of these technologies requires crucially new materials that exhibit superior mechanical, chemical and electric stability, comparatively low cost to produce on a large scale, as well as biocompatibility for certain applications. In this context, polymers and a globally widespread polyethylene terephthalate (PET), in particular, are of special interest. However, conventional methods of polymers modification to add the required functionality, as a rule, change conductivity of the entire polymer volume, which significantly limits their application for complex topologies of 3-manifolds,” Raul David Rodriguez Contreras, Professor of the TPU Research School of Chemistry and Applied Biomedical Sciences, says. 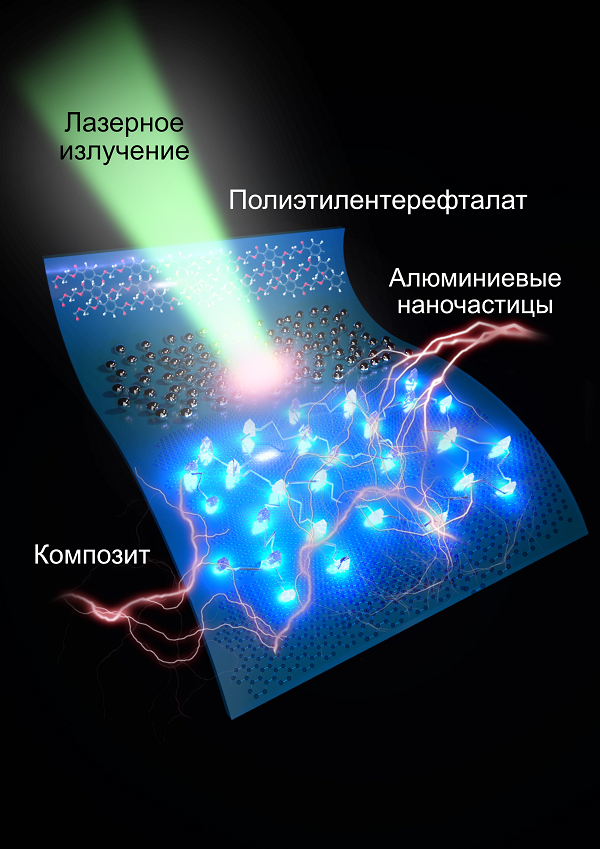 The scientists offered their method. First, aluminum nanoparticles are deposited on PET substrates and, then, the samples are irradiated by laser pulses. Thus, a conductive composite is locally formed in the irradiated areas. The researches chose aluminum because it is a cheap and readily available metal. Silver is frequently used as a conductor for flexible electronics. Therefore, the obtained samples with aluminum nanoparticles were compared with a silver conductive paste and graphene-based materials.

“Mechanical stability tests (abrasion, impact and stripping tests) proved that composites based on aluminum nanoparticles surpass other materials. Moreover, the material structure itself turned out to be very interesting. During laser processing, aluminium carbide is formed on sample surfaces. Furthermore, polymers induce the formation of graphene-like carbon structures. We did not expect this effect. Besides, by adjusting laser power, we can control material conductivity. In practice, using a laser, it is possible to “draw” almost any conductive structure on polymer surface and make it locally conductive,” Evgeniya Sheremet, Professor of the TPU Research School of High-Energy Physics, explains.

According to the scientists, the laser integration of metals into polymers was used in flexible electronics for the first time. There are methods based on “metal explosion” by laser and its application into polymers at a high speed, but they are more complicated in terms of technological implementation. The method of the TPU researchers implies two basic technological steps: application of nanoparticles on polymer surface and laser processing. In addition, the method is applicable to a wide variety of materials.

“What can it be used for? First, it can be used for flexible electronics. One of the problems in this field is a low mechanical stability of products. There are many approaches to improve it. However, normally, the obtained materials would not have passed our tests. There is also photocatalysis, flexible sensors for robotics, light-emitting diodes and biomedical products among the potential fields of application,”

Further on, the research team is planning to test the new method on other materials such as silver, copper, carbon tubes and to use various polymers. The scientists from TPU, University of Electronic Science and Technology of China, Leibniz Institute of Polymer Research Dresden and the University of Amsterdam took part in the research work. The project is supported by the TPU Competitiveness Enhancement Program VIU-ISHFVP-198/2020.

How to Write and Structure Your Academic Article for Publication Course