Scientists of Tomsk Polytechnic University have developed a technology for producing frost-resistant fuel oil from old tire casing. They were the first in Russia to test a method of steam gasification to produce frost-resistant fuel oil. The laboratory research demonstrated that this kind of fuel oil does not freeze up and does not lose its properties up to -50°С (conventional fuel oil freezes up in the range from 10°С to -10°С depending on its brand). Sulfur content in frost-resistant fuel oil is approximately two times lower, the derivatives of that are the main environmental contaminants. 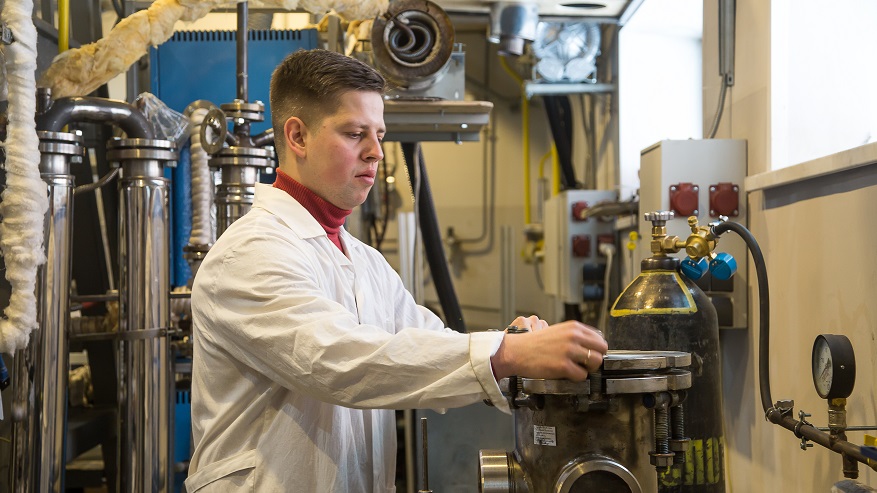 “According to the very conservative estimate, about 1 million t of tire casing is thrown away in Russia and about 1 billiard t is thrown away in the world. Some part of the tire casing remains on rubbish dumps, where even under the sunlight, tire casing releases toxic substances, another part is burnt out with an incredible volume of harmful emissions and another 30% of thrown away tire casing is converted to crumb rubber. We treat tire casing not as rubbish but as a source of useful products for the manufacturing industry. We persistently searched for methods which allow converting tire casing with maximum benefit, economic and environmental,” Vladimir Gubin, Deputy Director for Development of the TPU School of Energy and Power Engineering, says.

An experimental installation was created by the scientists at the TPU Research Center – Ecoenergy 4.0. In this installation, under the impact of superheated water vapor, raw material that is tiny crumb rubber decompose into useful products. In particular, liquid hydrocarbons, such as fuel oil, release. 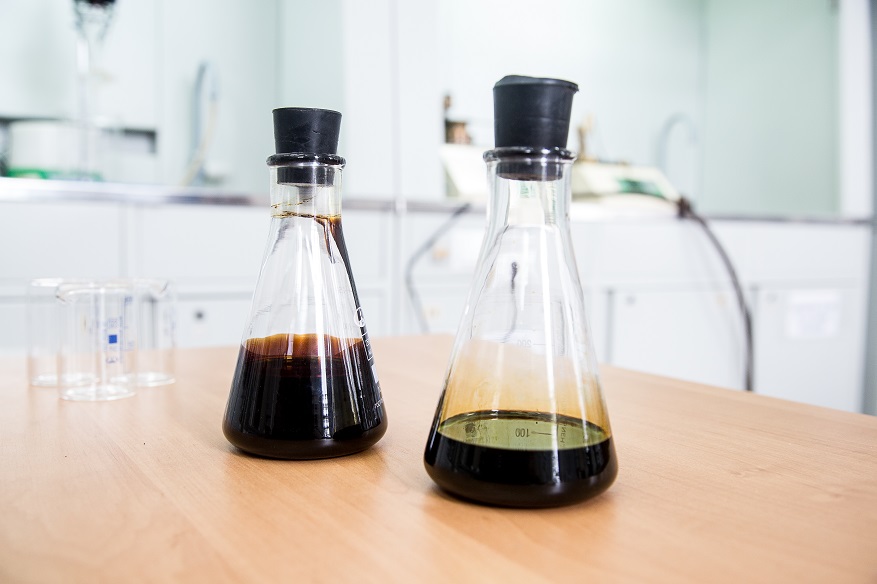 “The topic of recycling tire casing is developing in different countries, the leaders in this field are the USA and China. Pyrolysis is usually used for recycling tire casing. It is the thermal decomposition of a product. The process runs in a vacuum environment. There are a few small-capacity plants in Russia recycling tire casing using this method, however, they produce relatively small volumes of production. We offered to use a method of steam gasification, i.e. rubber decomposition occurs under the impact of superheated water vapor. This method and a number of our engineering solutions allowed producing recycled products of higher quality in the environmentally safe regime,” Kirill Larionov, Associate Professor of the TPU Butakov Research Center, explains.

Nowadays, fuel oil is widely used as a fuel for heating plants and ships in the Arctic zones. 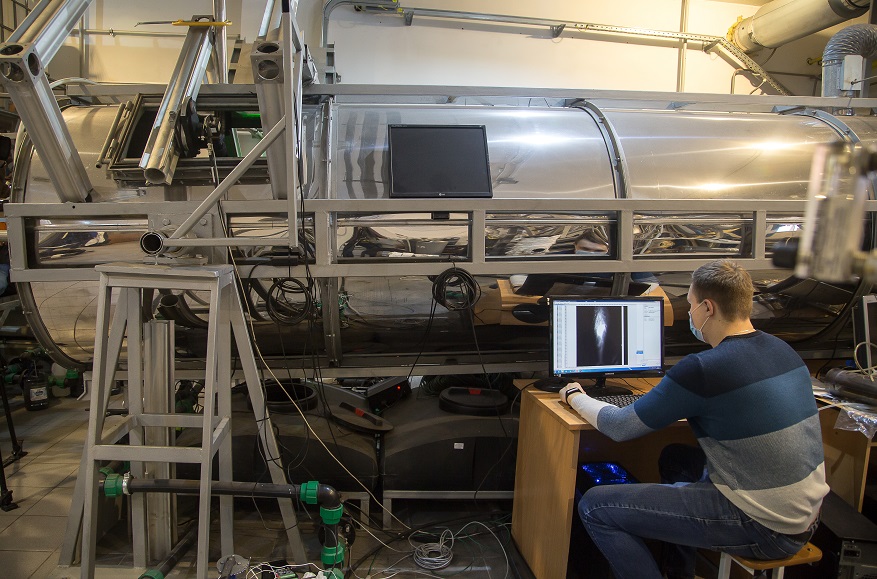 Photo: experimental installation simulating operation of a power plant at that fuel oil atomization is studied

The TPU scientists already conducted the required complex of fundamental research, created the experimental installation. Engineering documentation on the creation of the experimental installation capable to recycle up to 300 kg of crumb rubber per hour is currently developed jointly with an industrial partner, the Innovatech scientific production association from Saint Petersburg.

“A university is a basic site for technology adjustment. In order to take the next intensive steps towards the introduction of the technology into the industry, we require the participation of industrial partners and investment,” Vladimir Gubin notes. 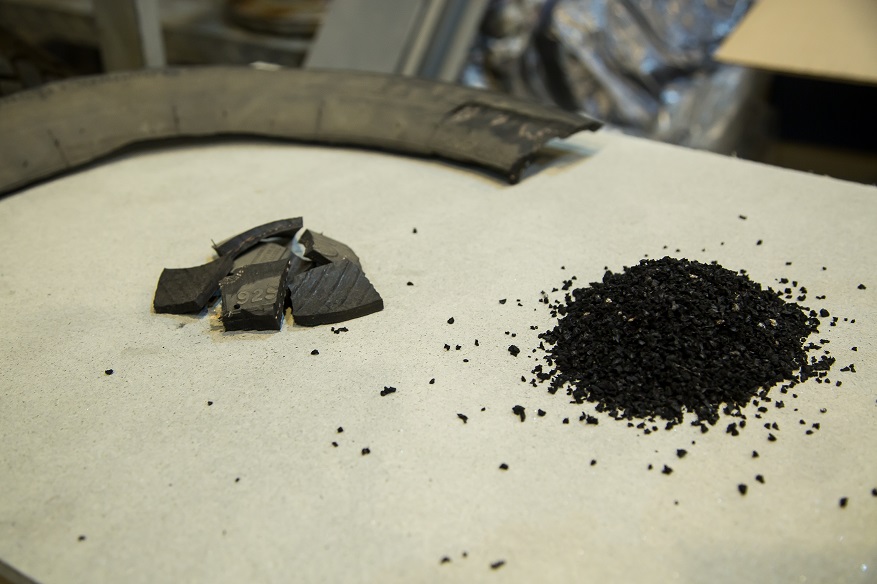 Besides the frost-resistant fuel oil, the technology also allows simultaneously producing gas that can be returned to a technological cycle and producing carbon black as fine powder. The fine powder can be used, for instance, in pavement materials.