125 Years of TPU: How University Celebrates Its Anniversary

This year, Tomsk Polytechnic University is celebrating its 125th anniversary. Festive events are being held throughout the year, while the main events are scheduled on May 11. A festive meeting of the Academic Council and a marathon of sports competition are held, as well as a photo exhibition and students' pedestrian street are opened on this day. 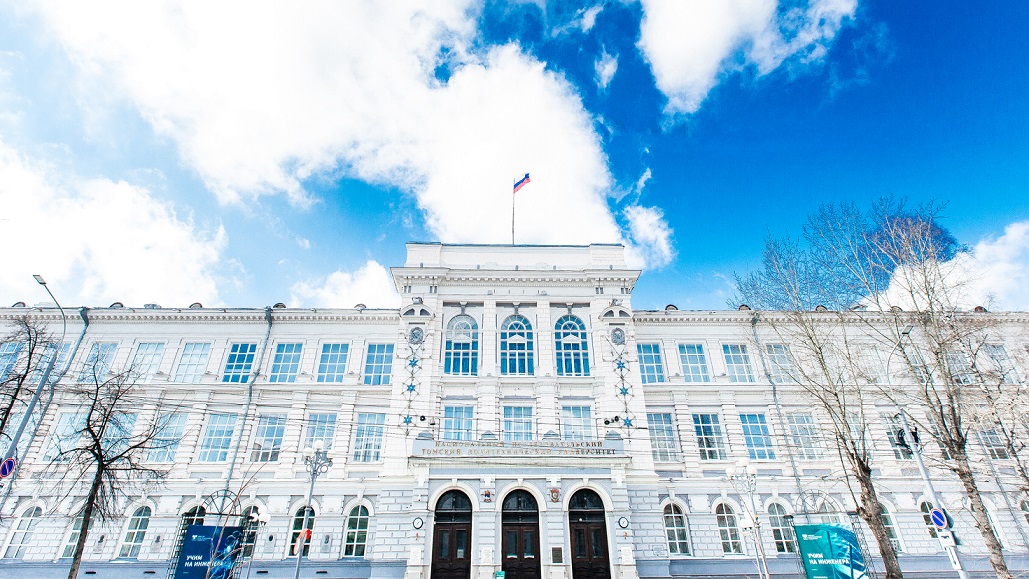 “From the very beginning of its history, Tomsk Polytechnic University became a center of the development of technical science, expansion of advanced technologies. Nowadays, TPU has a unique specialization, historically combining research and engineering education cores.

The 125th anniversary of TPU is a large-scale holiday not only for students, professors and university staff but also for the entire region as a whole.

The celebration format of the 125th anniversary of TPU has been changed due to the epidemiological situation in Russia, however, we have prepared the program making this long-awaited event bright and memorable,” Andrey Yakovlev, Acting Rector of TPU, emphasizes.

The celebration begins with a floral tribute to the commemorative plaques of the TPU outstanding scientists and graduates. The memorial ceremony begins next to the TPU academic buildings at 08.30.

Sergey Zhvachkin, Governor of the Tomsk Region, Chairman of the TPU Supervisory Board, is taking part in the festive events.

The 125 years of TPU photo exhibition is opened on Novo-Sobornaya Square for Tomsk citizens and guests of the city. The photo exhibition is devoted to bright moments of the university history, famous TPU people and their achievements. Andrey Yakovlev, Acting Rector of TPU, Mikhail Ranter, Acting Mayor of Tomsk and Chingis Akataev, Chairman of the Tomsk City Duma, open the exhibition.

During the day, sports competition such as a friendly futsal match, achieving qualifying standards of the All-Russian Physical Culture Training Program (GTO), a team sports festival are held for students and university staff. The schedule of the matches is available on the website.

On May 11, on the day of the anniversary, the 125 km of TPU final race finishes. The race participants from Moscow, St Petersburg, Sakha, Tyumen, Surgut, Kemerovo, as well as from Africa, the Czech Republic, Belarus, Kyrgyzstan, Kazakhstan run the final kilometer. The race begins next to the TPU academic building No. 2 at 10.10.

Photo booths are available on the TPU campus all day long. Anniversary wishes are played during a special audio transmission.

The doors of the TPU academic buildings are opened all day long: all interested people can see magnificent classical interiors of the buildings of the early XX century. A film screening is arranged for fans of popular science and science fiction films in the Museum of the TPU main building. The Land of Sannikov and Star Wars are screened.

From 16.00, creative teams give performances on the students’ pedestrian street (venues on the TPU campus).

All the events are held in strict compliance with anti-epidemic restrictions.

During a few weeks, Tomsk citizens can join walking tours around the TPU campus led by the best Tomsk guides within the TPU. Engineers. Stories project. There is a service for writing anniversary wishes to the university, professors or groupmates on the special website of TPU. All the interested people can choose a prepared template or create their own greeting cards.

The full program of the celebration of the 125th anniversary of TPU is on the website.

Tomsk Polytechnic University was founded by the Ministry of Public Education of the Russian Empire as Tomsk Technological Institute of Emperor Nicholas II on April 29, 1896 (May 11, 1896, by the Gregorian calendar). It became the first engineering university in Asian Russia. Dmitry Mendeleev took an active part in establishing the university and its Department of Chemistry in particular. The first classes began in autumn 1900.