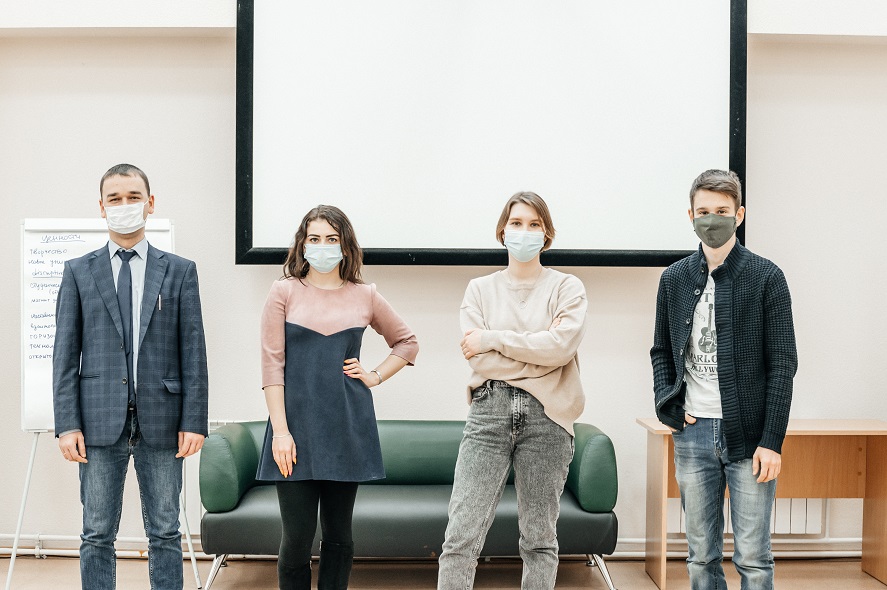 It is the first time Urban Greenhouse Challenge: Reforest, an international competition has been held at a Russian university. Tomsk Polytechnic University became its main organizer. The key task of the contestants is to develop a project of a city farm, an autonomous greenhouse for growing coniferous and deciduous seedlings on multi-tiered shelving units. The prize pool of the competition is $10,000.

At the moment, 10 student teams, which reached the final, are working on their projects jointly with their mentors. The results will be announced at the end of June 2021.

According to the team members of Environmental Engineering Group, the main concept of their project since the beginning of the project has not changed. It is a small city greenhouse that can be located in public spaces to enhance awareness of the population on the problem of growing coniferous plants and to demonstrate the process itself. The contestants are also willing that their complex could operate without an operator and are intended to pay special attention to the design and environmental friendliness of the project so that the greenhouse could harmoniously fit the city landscapes.

“An educational course that was quite deep and fundamental, as well as consultations with mentors helped us so much. It was helpful to hear the experts’ opinions as some moments even did not come to our mind. For instance, we were suggested to pay attention to material recycling and reuse,” the students say.

Moreover, all the team members study different majors: optical engineering, circuit design and programming, ecology, architecture and construction, marketing. Despite the different experience and situation with a distance learning mode, it did not obstruct them to work well together and invent their concept.

“Everyone has a similar vision of our concept from the beginning. Due to the fact that all the team members have competences in different areas, we could have created the final concept of the project quite fast. Simultaneously, we learned something new from each other, for instance, I learned a lot about microclimate control systems in greenhouses. We did not face any problems with communication as we were in touch on social media and via Zoom. It was much convenient to work in this way as we all have different opportunities and schedules. At the moment, one of the team members is in Italy. What about our chances for victory, we have cautious optimism. From what we have seen and heard, we have realized that our vision of a city greenhouse is different from what the other teams are developing. We love our project and we are sure that it will be positively assessed,” Sofia Romanenko, a student of the TPU School of Advanced Manufacturing Technologies, the head of the team, shared her thoughts.