Students of Tomsk universities met with the Prime Minister of the Russian Federation Mikhail Mishustin, who is on his working visit to Tomsk. The meeting was held as part of the U-NOVUS`2021 forum. TPU students asked the head of the government questions about the support of technological startups by state corporations and the state, startup leave, and the creation of an entrepreneurial culture. 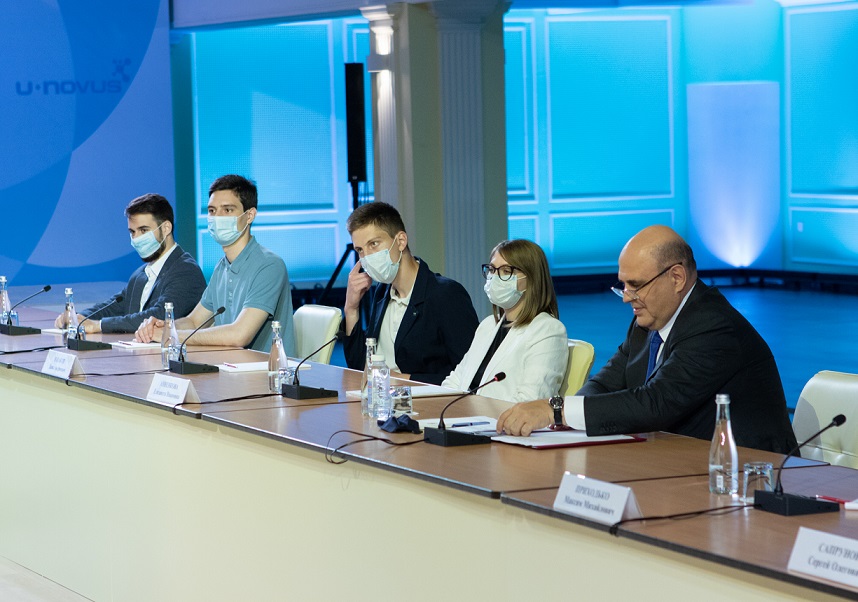 More than 20 students from all Tomsk universities participated in the meeting, including eight TPU students.

"We are working to build a unified ecosystem of student technological entrepreneurship. We push for young specialists and scientists to be able now to implement their developments into business projects.

First of all, the national Science and University projects will be complemented by a corresponding initiative. This is a platform for student technological entrepreneurship, and the launch of the Startup as Thesis program in other regions. This is a very good product. Certainly, it should be developed to involve as many talented young people as possible in the development of the technological entrepreneurship ecosystem and support of startups at the initial stage in the future," Prime Minister Mikhail Mishustin addressed to the students.

Dmitry Biryuk, a student of TPU School of Engineering Entrepreneurship and manager of Tomsk Region Innovation Development Center, asked the Prime Minister about the possibilities of creating additional incentive mechanisms for large companies and state corporations to work with technological startups. 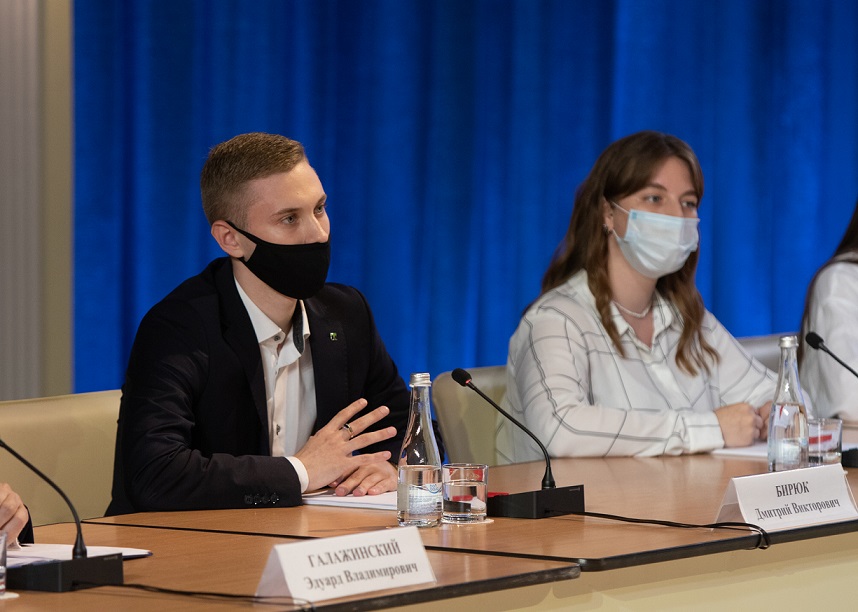 "As part of interuniversity teams, we work a lot with large companies, including Russian Railways, Gazprom Neft, SIBUR and others. All of them are interested in Tomsk developments, but when it comes to interaction with startup projects, they immediately lose interest. It is more cost-efficient for them to buy a cheap development from scientists rather than work with startups," says Dmitry Biryuk to the Prime Minister.

Ruslan Ishtuganov, a master's student of TPU School of Computer Science & Robotics, asked the Prime Minister about state support for startups whose participants are still studying at universities. During his studies, he developed a web application for forming an investment portfolio in accordance with modern portfolio theory. Russian brokerage firms and foreign investors showed interest in the startup. 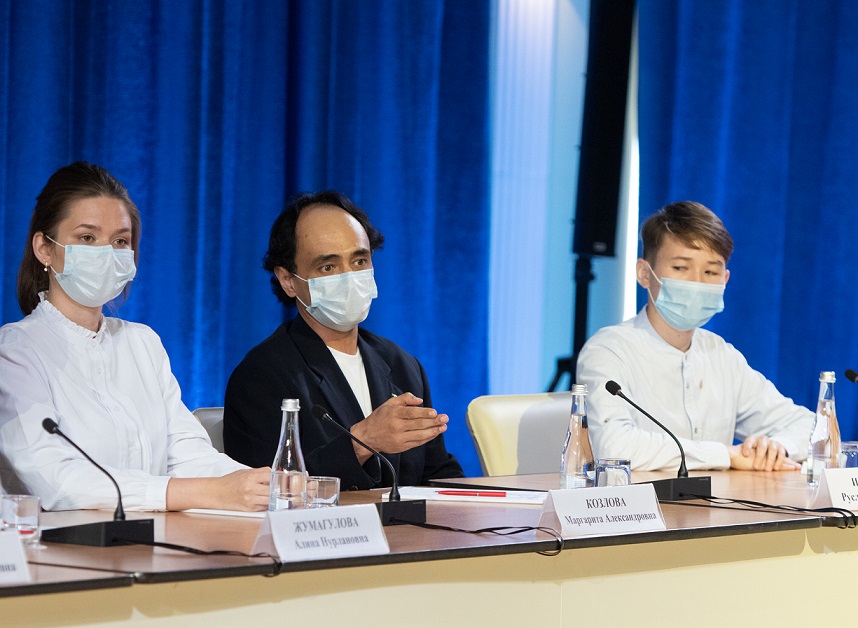 Gennady Chipinov, a student of TPU School of Engineering Entrepreneurship, asked the Prime Minister whether it was possible to add the concept of "startup leave" into a regulatory document similar to “academic leave”. The student previously won a competition and completed an internship at the nanotechnology center "Technopark". He and his mentor have been creating a company to produce a picosecond fiber laser for micromachining of materials for eight months.

According to monitoring by the Ministry of Science and Higher Education of the Russian Federation, in the academic year 2019/20, under Startup as Thesis project, students at Tomsk Polytechnic University defended more startup-format graduation theses than students at other Russian universities: 48 out of 308. In 2021, TPU students presented 50 startups. 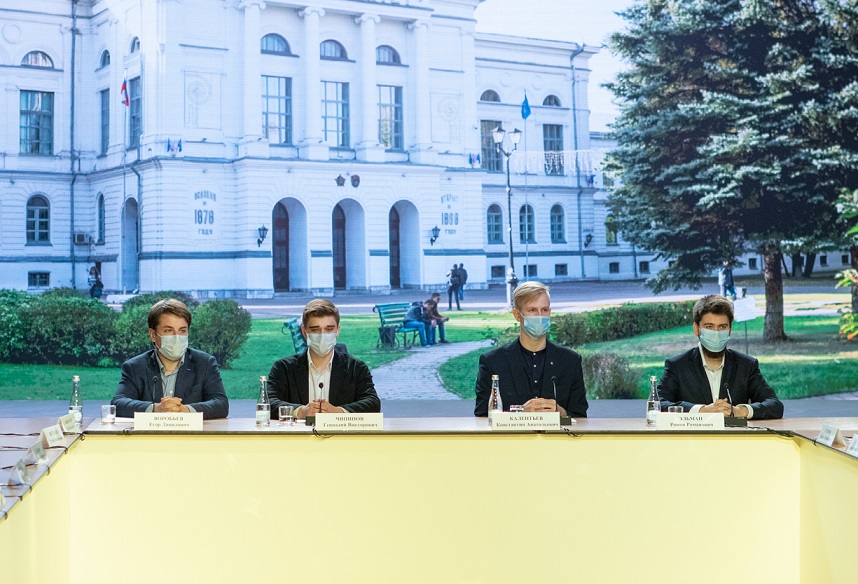 TPU School of Engineering Entrepreneurship is included in the group 26-30 of the rating of entrepreneurial universities and business schools in Russia and CIS countries, published by Expert. The number of startups created by university’s alumni, visible on the global market, is one of the main evaluation criteria for the rating.

Tomsk Polytechnic University is one of the top 10 universities in the country and it ranks eighth in the National Ranking of Universities for 2020. At the same time, TPU became the best non-metropolitan university, ranking fifth in the Innovation and Technological Entrepreneurship.