Scientists of Tomsk Polytechnic University were able to find a method to double the recovery rate of damaged bones. The scientists proposed to use implants produced using a 3D printer. The technology of applying bioactive coatings on the implant surface proposed by the TPU scientists also distinguishes by significant saving of time and resources. The research findings are published in the Modern Technologies in Medicine academic journal. 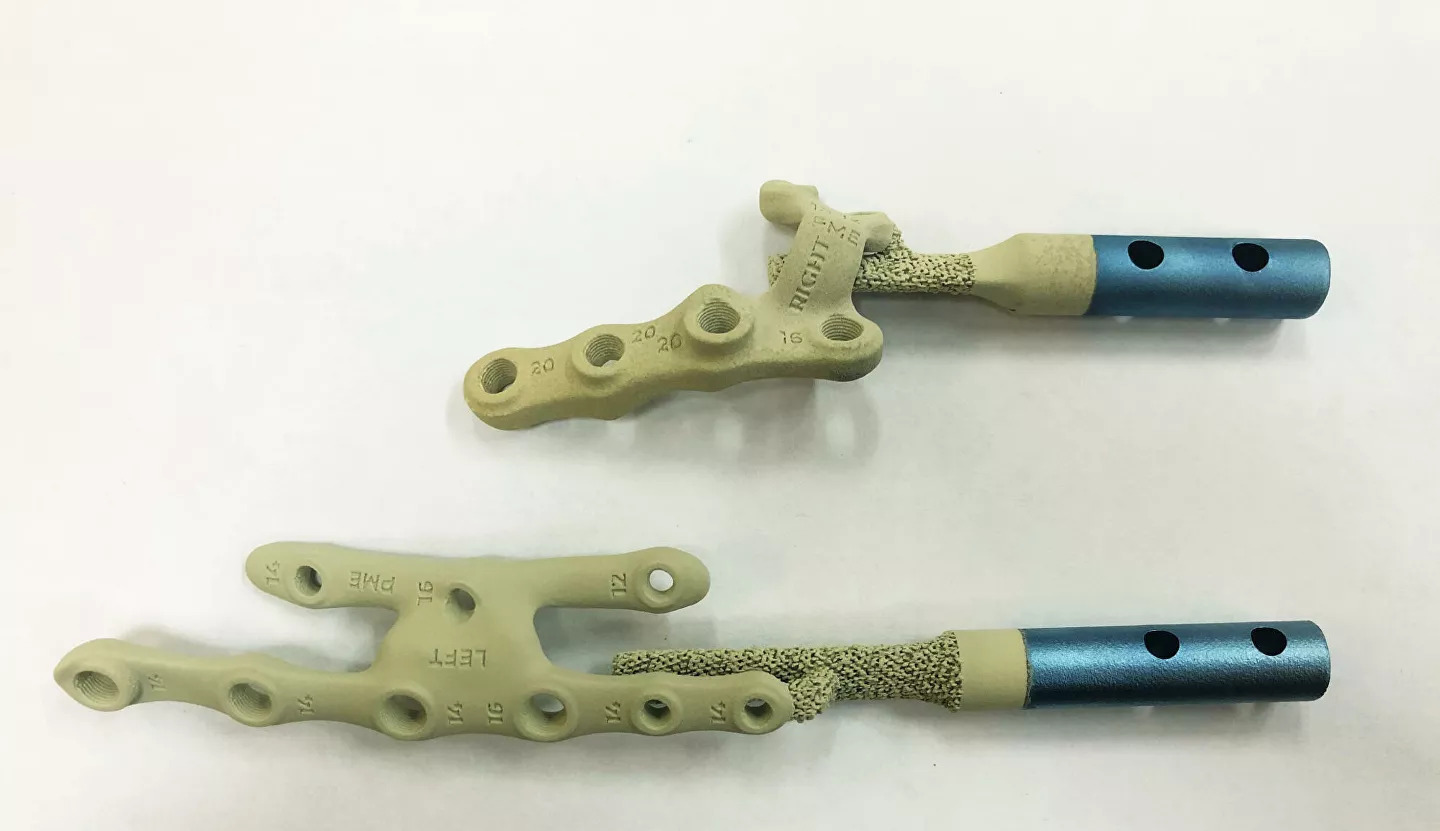 According to the scientists, nowadays, rehabilitation medicine is mainly successful due to the development of composite biomaterials imitating living tissues. They consist of elements of various chemical and mechanical properties. It allows imitating functions of damaged tissues in an organism more accurately. The most efficient technology of implant production is 3D printing that allows receiving individual implants for every patient taking into account his anatomy. The technology of applying bioactive coatings on such implants has just begun to develop.

“Our coating has already been used in the worldwide known Russian Ilizarov Scientific Center for Restorative Traumatology and Orthopaedics. Calcium phosphate coated implants were inserted into more than 400 patients from 6 to 50 years from Russia, France and other countries. These implants are successfully used in veterinary practice as well.

According to the results of the joint research with the Center experts, no one implant failure has been observed, while the recovery rate of the structure of bones and muscles doubled due to the coating,” Sergey Tverdokhlebov, Associate Professor of the TPU Weinberg Research Center, told to the journalists of the Sputnik international news agency.

The development feature of the TPU scientists lies in combining several methods of material modification. It allows embodying implants not only in a shape but also in biological properties what is required to treat complicated pathologies and traumas.

“In this research work, we combined a number of methods: plasma electrolytic oxidation allowed forming the porous calcium phosphate coating on the titanium surface. Then, the coating was saturated with biodegradable material that serves as a container for medicine and drugs improving implant survival. Ultimately, plasma processing using sputter deposition gave optimal properties to the material for the growth of living cells on it,” Sergey Tverdokhlebov explained.

To optimize the properties of the implant and to reduce the number of expensive experiments, the TPU scientists used computer simulation of the release process of medicine put on the implant.  According to the researchers, it will hasten the entry of new types of implants into the market.

The research work is being conducted within the Federal Target Program jointly with OSTOMED-M, an industrial company partner.

The research team is intending to develop a bioactive coating technology for titanium and polymer implants for the treatment of osteoporosis and other complicated pathologies of bone tissue.