On July 5, representatives of over 60 Japanese organizations and companies, including Toyota, Toshiba, Mitsubishi and others, discussed the development of the market of hydrogen technologies in the online mode. Experts of Tomsk Polytechnic University became invited speakers of the webinar that was arranged by the Japan Association for Trade with Russia & NIS (ROTOBO). They told about the Russian initiatives in low-carbon energy, particularly about the work of the Consortium of Hydrogen Technologies and the university developments. 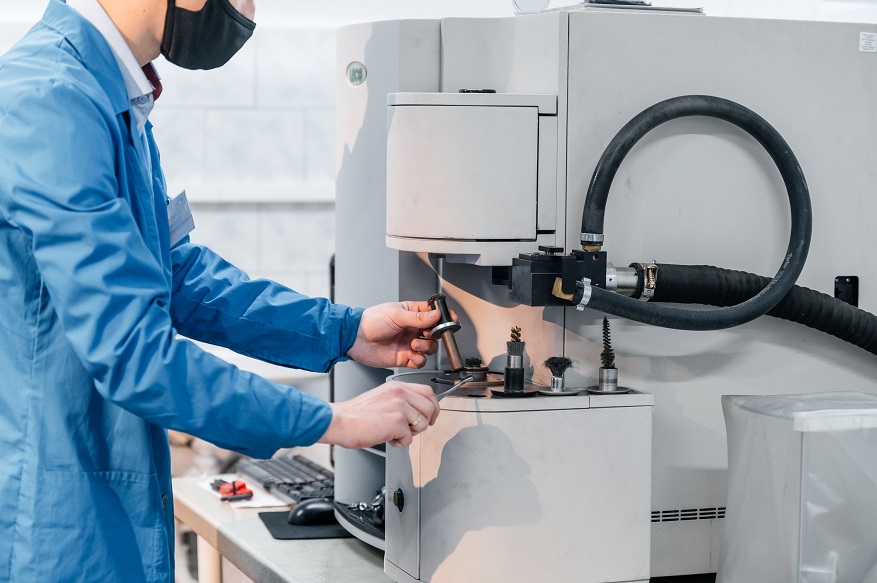 Photo: at the TPU laboratories

Dmitry Sednev, Acting Rector, Co-chairman of the Coordinating Council of the Consortium, told the Japanese colleagues about the current work on Thursday, July 5.

“Creating the Russian Consortium, of course, we became familiar with the global experience. The analysis showed us that in many countries research organizations and companies jointly develop hydrogen technologies. We can see that the implementation of such significant initiatives as forming the market of the hydrogen economy, hydrogen involvement in various areas of the industry is a backbreaking task for only one organization. This work is comparable with national space programs or atomic projects. Implementing such a task is possible only jointly, united the efforts of a large number of diverse organizations. The Russian Consortium of Hydrogen Technologies was initially created as a distributed structure. Its members locate in different regions of Russia, from Moscow to Sakhalin,” Dmitry Sednev noted.

The Consortium has already united over 20 Russian universities and research institutes, as well as 16 industrial partners. By today, the working parties have been formed from the Consortium members. These working parties study technological obstacles delaying the introduction of specific technologies and products at the market, as well as the introduction of proposals to tide over these obstacles. Based on the results of the work, there will be presented a public analytical report on promises of the development of hydrogen technologies in Russia.

“It will be a document reflecting the technological condition of the hydrogen economy in Russia. As the Consortium includes all key members both industrial, science and technological ones, I believe that this report will best reflect the circumstances in Russia at the moment. I am sure that we will have an opportunity to publicly present our report at one of the important events devoted to the hydrogen economy. Moreover, the report will be released on the Consortium website,”

said Dmitry Sednev answering the questions of the webinar members.

The universities, which joined the Consortium, possess significant groundwork in hydrogen technologies. Over 150 scientists and engineers conducting their research in hydrogen economy work at TPU.

“For the last 20 years, the research groups of TPU and academic organizations of Tomsk Oblast have accumulated their technological and research groundwork in hydrogen economy enough to be integrated into the process flow of creation of hydrogen economy. TPU possesses groundworks on all the elements of the process flow from hydrogen production, storage, transmission and to application,” said Andrey Lider, Head of the TPU Division for Experimental Physics.