Tomsk Polytechnic University has passed the additional selection for receiving a special grant within the Priority 2030 program. The selection results were officially announced on October 5. In accordance with the results, TPU entered the first group of universities in the Research Leadership track. 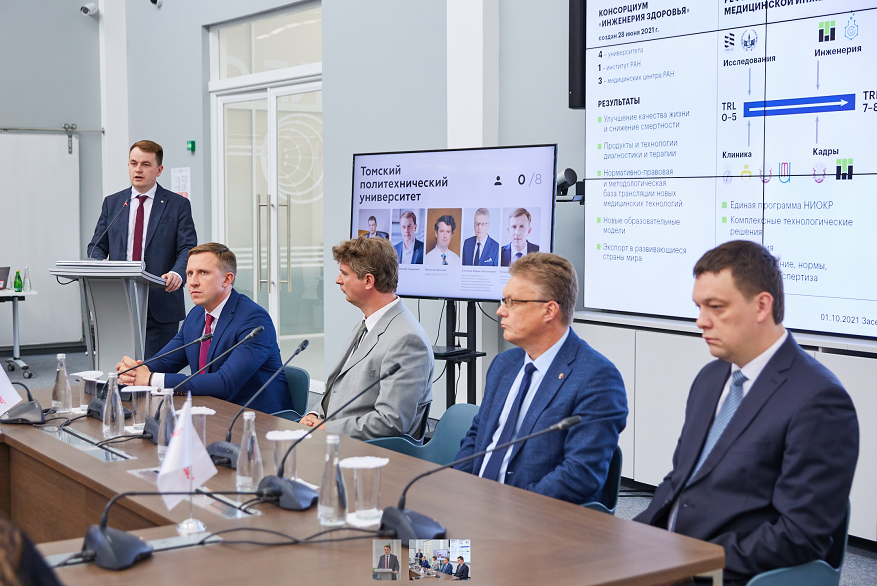 Photo: TPU team at the second stage of the program defense

Priority 2030 is the largest national program to support the development of universities in post-Soviet Russia. It started for the first time in 2021. To take part in the Program, Russian universities had to present complex development programs for the next 10 years. The selection was made in two stages. The first selection was made for the basic grant that is equal to up to 100 million rubles per year, then, the second selection was made for special grants in various tracks. The amount of the special grants is set by the Competition Committee, the maximum amount of this grant is 1 billion rubles.

“The program presented to the Expert Committee and received high appraisals is the result of serious work of the large TPU team during the last year. It describes the current situation in all key areas of the university work: from research and education to management of our campus, the youth policy and financial model, and the most essential part of the program is goals and specific steps to develop these areas during the next decade. The TPU program was formed taking into account already existing groundwork, the best experience of TPU members, but the program is focused on the future. At the moment, there is a strategy and firm plan of action. I am grateful to every TPU member, whose work allowed creating this program and helping to implement it,” Dmitry Sednev says.

The TPU development program consists of three strategic projects. These are Energy of Future, Healthcare Engineering and New Engineering Education. The goal of the first project is to provide technological and staff groundwork for the transition of the Russian Federation to environmentally friendly resource-saving energy, decarbonization of the industry, improvement of recovery efficiency and deep conversion of hydrocarbon raw materials, new technology development of nuclear power, formation of new sources, methods of transportation and storage of energy.

The second project entitled New Engineering Education will allow forming a system, environment for the creation and verification of new models of engineering education and technological entrepreneurship in Russia.

The Healthcare Engineering project aims at creating a federal reference center for experimental medical technology to accelerate the transition from ideas and concepts to clinically approved products.

Dmitry Sednev noted that three more Tomsk universities: Tomsk State University, Tomsk State University of Control Systems and Radioelectronics, and Siberian State Medical University became receivers of the special grant of Priority 2030. He also emphasized that such an appraisal demonstrates the high potential of the research and education complex of Tomsk Oblast, as well as confirms that joining efforts within the Big University project gave the synergetic effect for each its member and the entire region.