Chemists of Tomsk Polytechnic University jointly with their colleagues from the Czech Republic have developed a new method for the MXene surface modification and solved the problem of their instability. MXenes are a new family of nanomaterials. The scientists were able to graft hydrophobic organic molecules on the nanomaterial surface using iodonium salts under surface plasmon resonance (SPR). Such grafting allowed enhancing MXene stability by four folds. Moreover, the method was quite simple. Alternatively to other methods, it did not require great energy input or complicated equipment. The research data has been published in the 2D Materials academic journal (IF: 7,103; Q1). 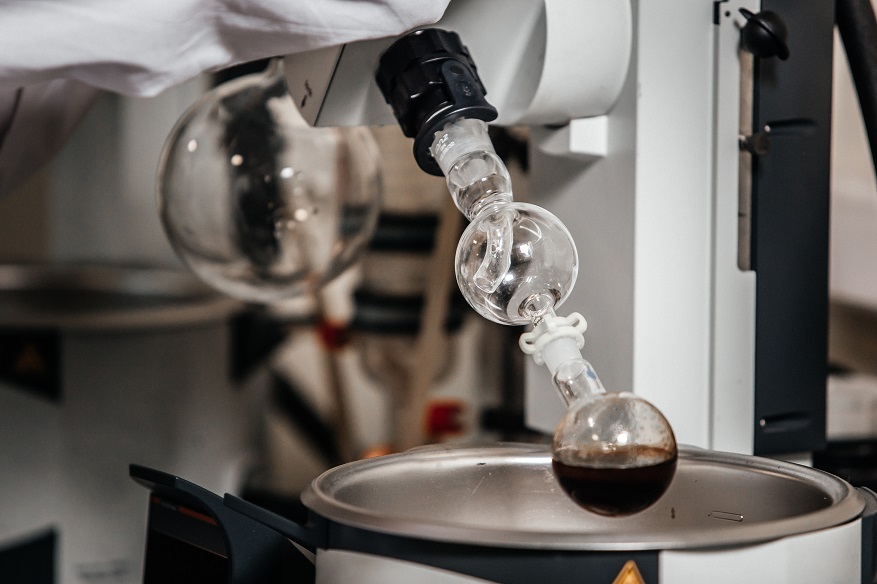 MXenes were discovered around 10 years ago. It is a class of two-dimensional materials consisting of carbon atoms and transition metals, for instance, titanium. They are very thin. Their thickness is equal to only a few atoms. MXenes possess unique properties and are considered as promising materials in various areas, such as nanoelectronics, water splitting for hydrogen production.

“In the MXene application, there are two problems. They are sensitive in the air and their meaningful technological properties greatly depend on surface condition, i.e. the properties determinate chemical groups, which are located on the surface.  The already known methods for the surface modification reduce to reactions proceeding under high energies and temperatures.

“In the MXene application, there are two problems. They are sensitive in the air and their meaningful technological properties greatly depend on surface condition, i.e. the properties determinate chemical groups, which are located on the surface.  The already known methods for the surface modification reduce to reactions proceeding under high energies and temperatures.

It is always complicated and expensive. Therefore, we saw the solution to these problems in the MXene surface modification using iodonium salts. At the same time, there was an obvious problem for the chemists: in conventional conditions, iodonium salts do not react with surfaces,” Pavel Postnikov, Associate Professor of the TPU Research School of Chemistry and Applied Biomedical Sciences, one of the article authors, says.

In order to make iodonium salts undergo required reactions onto the MXene surface, the researchers used SPR. The resonance occured onto the metal surface under light illumination, i.e. plasmonic quasiparticles emerged onto the surface.

“First, we produced iodonium salts with groups possessing hydrophobic properties, i.e. water-repellent properties. Then, the MXene suspension was added and a laser ray was directed to the solution. It caused SPR required for radical formation from iodonium salts, which in return bound to the surface. The reaction proceeded under room temperature,” the scientist explains.

In order to prove the stability of the modified MXenes, the researchers kept them in the air in a humid environment for one week.

“In comparison with an initial MXene, our material turned out to be more stable by four folds. At the same time, it was hydrophobic,” Pavel Postnikov says. “The research work was fundamental. We demonstrated the principle that our method worked and brought very good results. Further, we intend to develop the method and search for ways of giving MXenes specific properties.”

The article authors were also researchers from the University of Chemistry and Technology, Prague, the Institute of Physics of the Czech Academy of Sciences and Charles University in Prague. The research work was conducted with the support of the Russian Science Foundation.

It must be mentioned that previously, the scientists of Tomsk Polytechnic University jointly with their colleagues from China had conducted an extensive analysis of the latest data in the processing of MXenes, new two-dimensional inorganic materials. The research findings were published in the article of the Chemical Engineering Journal.