Scientists of Tomsk Polytechnic University have created a decision support system (DSS) for dispatching personnel of electric power systems (EPS). The system allows dispatchers to quickly test their actions on the management of the EPS, to control and evaluate their consequences using a digital simulator in a regime faster than real time. 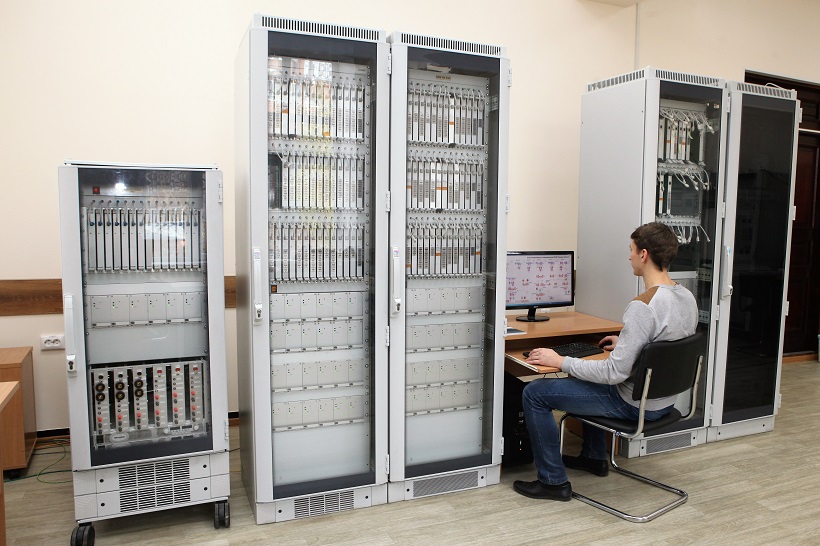 The article devoted to the research work is published in the IEEE Transactions on Power Systems (Q1, IF 6.074) academic journal, one of the most peer-reviewed journals in energy, energy technology, electrical engineering and electronics industries.

“An EPS is some kind of a living organism within that changes are permanently and continually taking place. In order this organism functionates properly and without any failures, it must be controlled. This extremely complicated task is carried out by dispatching personnel. Moreover, wrong or belated actions of a dispatcher can exacerbate an emergency,” Aleksey Suvorov, Associate Professor of the TPU Division for Power and Electrical Engineering, one of the authors of the article, says.

He adds that the DSS is a continuation of the research work for a multiprocessor system for real-time simulation of the EPS. For this development, a research team of young scientists from the TPU Research Laboratory for Power Grid Simulation, including Mikhail Andreev, Nikolay Ruban, Aleksey Suvorov and Ruslan Ufa, was conferred with the Russian Federation Government Prize in Science and Technology for Young Scientists. The comprehensive simulation system allows obtaining a huge volume of information on the operation of the EPS. The data are kept on the server. The DSS operates with these data.

“A DSS has been created based on a hybrid approach to EPS simulation that was developed by Alexander Gusev, Professor of the TPU Division for Power and Electrical Engineering. Its core lies in the combination of existing simulation techniques (analog, physical and digital) and the use of the best properties and capabilities of each of the techniques. Using a DSS, methodically accurate simulation is implemented in real time of the EPS of any scale and complication. The system is actually an alternative to a real EPS, its digital simulator. Furthermore, due to the properties of a hybrid approach, a simulation capability faster than in real time implemented. On the current element base, it was possible to speed up by five folds. It allows the operator to test several case scenarios, to choose the most effective one, to adjust a regime state and only after that to act in a real EPS, reducing a possible negative effect from his actions,” the scientist explains. 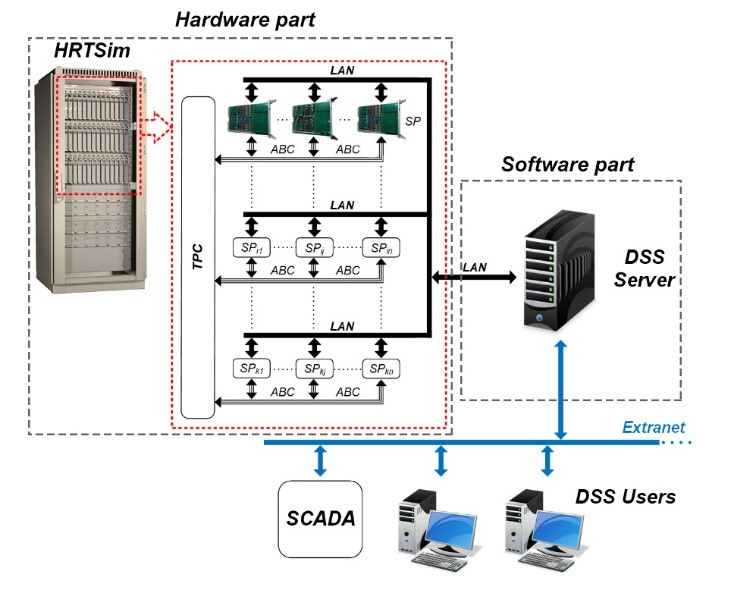 Figure: structure of the developed DSS

All components of the system, including special software, are developed at TPU. The system effectiveness was tested at a real EPS of the Tomsk Region.

“The DSS simultaneously operates with the EPS and collects data from the operative-information complex (OIC). The OIC monitors a regime of the EPS, collects the data about voltage, power and controls how the system operates. To test the system, we created a special emulator simulated the OIC. Using the emulator, an emergency visible for the dispatcher and the system was simulated. The DSS software contains all required algorithms and case scenarios. The dispatchers possess very strict regulatory directions regarding what actions must be taken in any situation. According to the occurred emergency, the DSS processes the incoming information and suggests patterns based on the direction. Besides, due to the fast simulation, the dispatcher possesses more time to control and take the rightest pattern,” Aleksey Suvorov elaborates.

The effectiveness of the system operation was also experimentally tested jointly with scientists from the Indian Institutes of Technology (Roorkee).