Yesterday the first and only space education project «Space Lessons» started in Tomsk. During the communication session with Russian cosmonauts, who are currently on the International Space Station (ISS), the students of Tomsk and the Tomsk Region were able to ask him their questions. The lesson was attended by students of seven regions of Russia. 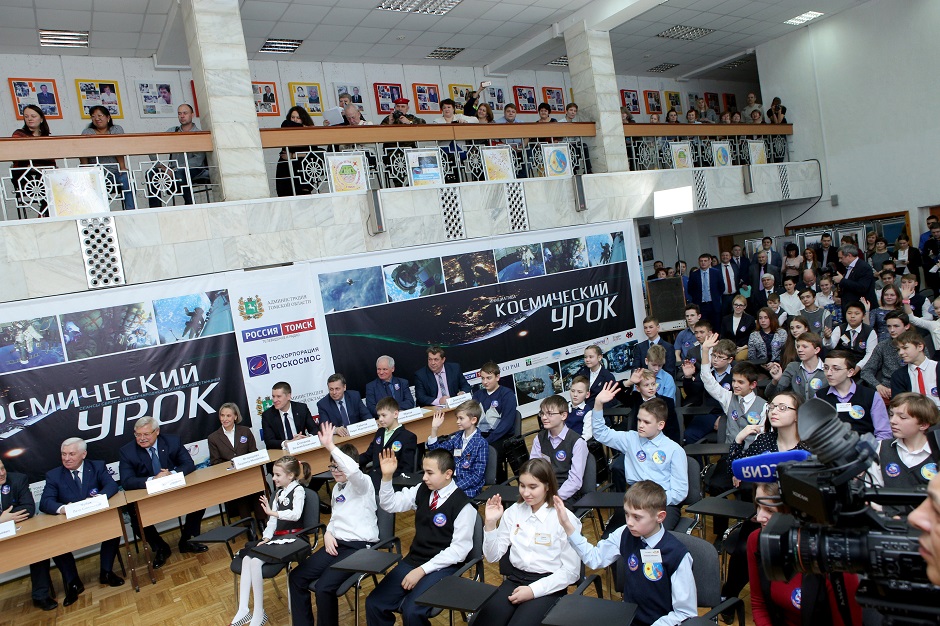 «We are witnessing today a unique event - said Lyudmila Ogorodova. - Space lesson is a new academic environment. It is necessary because of the modern task of the education system – to educate people capable of innovation activities». 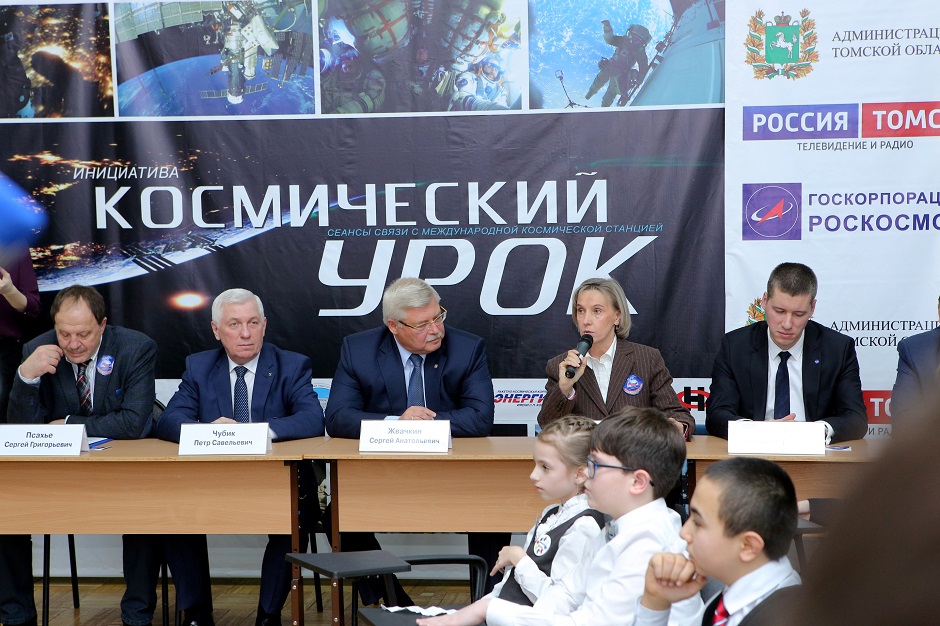 «I felt pride in our country that pioneered outer space, and the Tomsk Region doing a lot for the study of the universe.

Tomsk scientists, designers, engineers have made a great contribution to the development of space exploration. All of them are representatives of Tomsk Polytechnic University, Institute of Strength Physics and Materials Science of Siberian Branch of Russian Academy of Sciences (ISPMS SB RAS) etc. I am sure that many schoolchildren will dedicate their lives to space».

The singularity of the first lesson lies in the fact that students not only had a communication session with the International Space Station, but also asked questions to the astronauts - Andrei Borisenko, Sergei Ryzhikov, and Oleg Novitsky. Students took part in the space experiment - demonstration of special 3D-printers for space use in conditions of weightlessness.

Tomsk Polytechnic University scientists along with colleagues from the Institute of Strength Physics and Materials Science SB RAS and S.P. Korolev Rocket And Space Corporation «Energia» developed a 3D-printer which will enable Russian cosmonauts to print details needed for ISS equipment servicing. Next year the same device will be launched into space for a long-term experiment on the International Space Station.