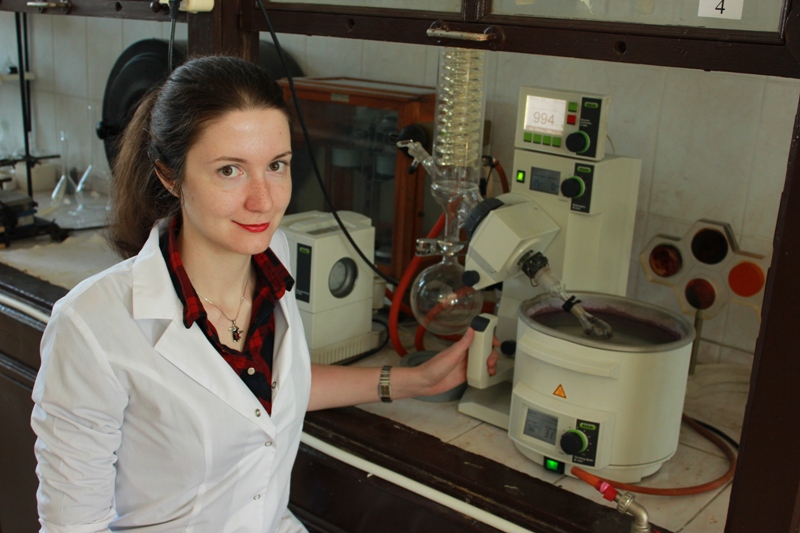 Ksenia Stankevich, RAS medal winner in the field of physical and chemical biology

The Russian Academy of Sciences annually award students and young scientists with medals for the most significant advancements in scientific research. The award is accompanied with a bonus: for young scientists – 50,000 rubles, for students – 25,000 rubles.

This year the medals have been awarded two TPU young scientists: Anna Talovskaya, PhD in Geology and Mineralogy and Ekaterina Filimonenko, PhD in Geology and Mineralogy. Their scientific work cycle “The mineralogical and geochemical assessment of man made air pollution in industrial and urban areas and risks to human health (based on the Tomsk region’s example)” was awarded in the field of geology, geochemistry and mining sciences.

Another medal was awarded Ksenia Stankevich, a graduate student (a PhD student currently) at the TPU Institute of Physics and Technology. Her work “The investigation of the effect of tissue-engineering biodegradable scaffolds for primary human macrophages” was honored in physical and chemical biology.

“It is a great honor to me to receive the RAS medal – this is the recognition of research at the highest level.

I would like to thank my scientific supervisors and my research group, therefore without them, certainly, it was impossible to achieve such high results,” says Ksenia Stankevich. “I continue research in the field of immune cell reactions on biomaterials. This year (2016 – ed.) we managed to come close to creating coatings for implants allowing to influence the immune response and reduce inflammation.”

To be added, Tomsk Polytechnic University’s students and young scientists annually become leaders on the number of RAS medals. Last year they received five rewards too.