TPU Students Present App to Cut Agricultural Losses in Half

Students from Tomsk Polytechnic University have presented the Agropanic application which aims at simplifying the work of agronomists. The app will help farmers receiving data on the weather to forecast plant diseases on fields. The polytechnicers’ project won the regional round of the IT-breakthrough Hi-Tech project contest held in Tomsk last week. Now the polytechnicers will compete for the first place with participants from other regions in Russia. 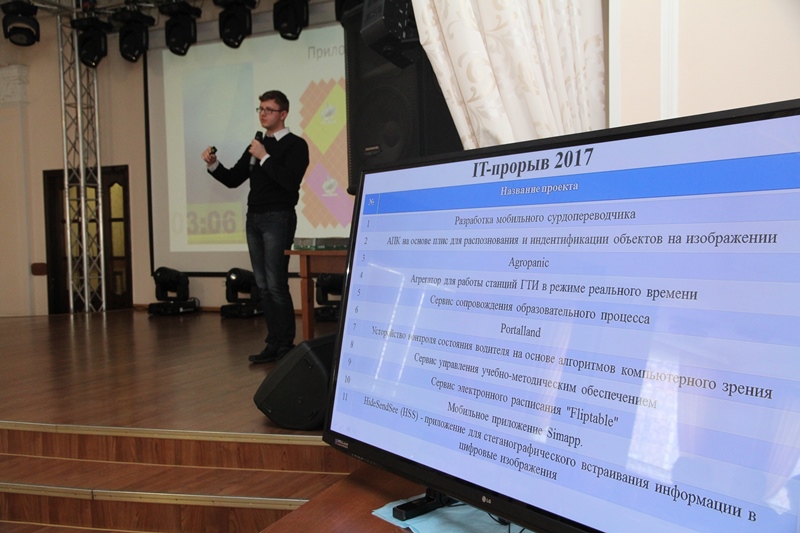 Total losses of the world’s agricultural production due to various diseases reach 14.2%.

After some investigation the authors concluded that farms annually lose circa 20% of grain yield due to various diseases and disasters.

“Total losses of a farm in Russia (an average area 6 Ga) amount to about 24m rubles per year. Our application will help cut these costs in half,”

says Alexander Pogozhev, a graduate student at the TPU Institute of Cybernetics.

The application will receive data on air temperature and its humidity from local weather stations, process and transmit forecast – what diseases threating crops can emerge under that weather conditions at a definite farm’s area.

“Reproduction processes of most pathogenic microorganisms (viruses, fungi, bacteria etc.) significantly depend on air humidity and temperature. These two factors affect the incubation period and plant incidence rate. Our application allow in advance forecasting that, i.g. in seven days the incubation period of a diseases can occur. Accordingly, in the period one should undertake appropriate preventive measures,”

The developers were also consulted by scholars from the Department of Agricultural Biology, Tomsk State University.

The first prototype of the application will be released this spring. It is focused on prediction of potato late blight, by field season it will be added with forecast on wheat diseases caused by rust fungi.

At the moment negotiations to cooperate with companies from Tomsk and other Siberian regions are underway.

June 2017 the polytechnicers will present their project on the finals of the IT-breakthrough in Moscow.