Production of tungsten oxide with a total capacity of 500 tons per year is planned for 2018. The development of the project based on unique technologies designed at Tomsk Polytechnic University requires over 300 mln rubles investments, according to TPU Vice-Rector for Research and Innovations Alexander Dyachenko. 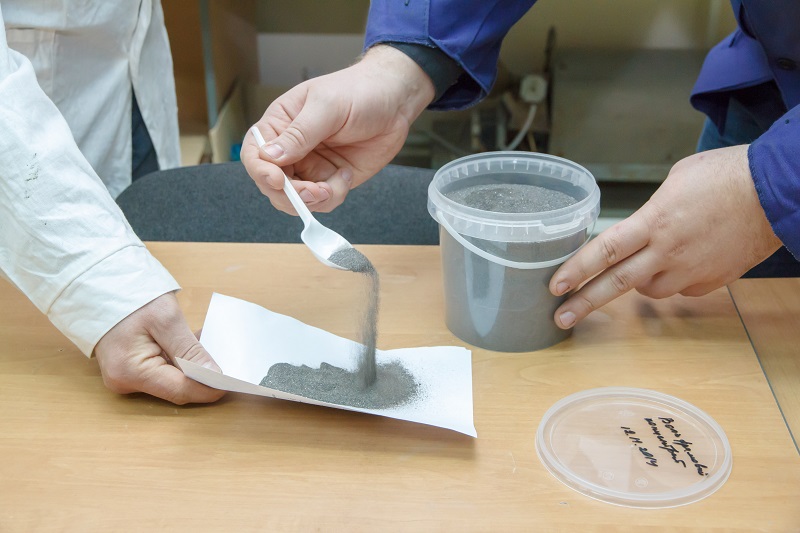 “In 2018, we are launching the first line of tungsten oxide production with the capacity of 500 tons per year. The project will mainly be financed from the federal budget funds and private investments from CJSC Zakamensk being the main shareholder”, says Alexander Dyachenko.

Earlier TPU scientists developed the first technology in Russia focused on the production of ammonium paratungstate – a substance that is used as an additive in metal alloys to ensure their resistance to extreme temperatures. In 2016, a production line designed by TPU scientists was launched at Zakamensk Enterprise in Buryatia.

In 2014, TPU and CJSC Zakamensk became winners of the contest under the RF Government Decree No. 218 and were allocated 160 mln rubles for the following three years to establish a high-tech production. According to Alexander Dyachenko, 60 mln rubles were invested out of that subsidy to scientific research and design documentation in 2014-2015. The remaining 100 mln rubles were spent for experimental equipment.

“In late 2016, the university concluded all the necessary contracts, now they are being gradually implemented and equipment is being procured.

CJSC Zakamensk will invest the same amount, i.e. 160 mln rubles. 60 mln rubles have already been transferred for development of new methods to enrich tungsten ore in compliance with technical requirements of production in Zakamensk. 100 mln rubles will be invested in pilot production plant and purchase of the equipment”, clarifies TPU Vice-Rector.