The professor of Tomsk Polytechnic University Igor Shamanin and the academician of the Russian Academy of Sciences Yuriy Trutnev gave a strict theoretical definition for a physical phenomenon of mass defect which had earlier been explained only at the level of assumptions. According to the scientists, this outcome makes a serious clarification in the Einstein’s General Theory of Relativity and in the future, it can help science find answers to a number of unresolved issues. For example, it is accurate and reliable to determine whether there is the mass of photon which is currently considered as a massless particle, whether new particles discovered at present are indeed such particles and even to calculate the cumulative mass of dark matter in the universe. 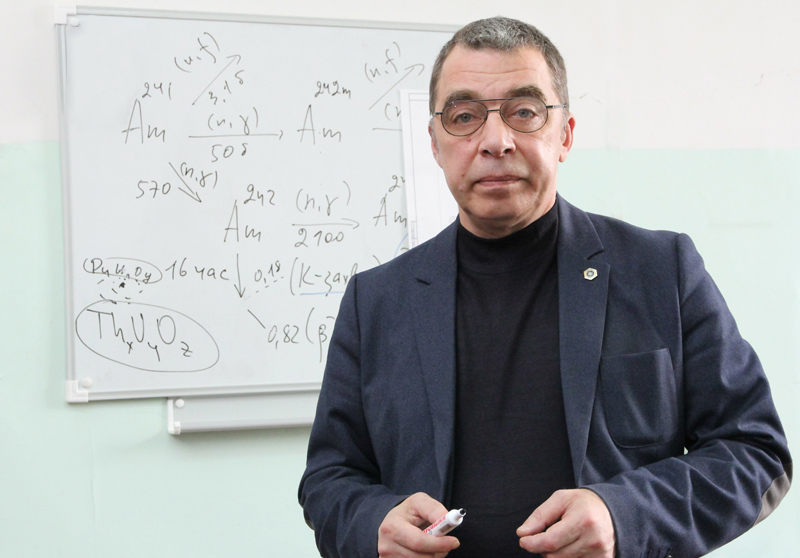 The study results were published in JP Journal of Heat and Mass Transfer (Q2, Scopus).

Professor of the Division for Natural Sciences of the School of Core Engineering Education Igor Shamanin says: ‘The phenomenon of the mass defect was discovered as early as the beginning of the 20th century, at the dawn of nuclear physics as a science. Today no nuclear physicist can work without taking into account mass defect in calculations. The essence of the phenomenon is as follows. Could you imagine 10 peas of the same size and mass? What happens if to merge them together? Logically, we should get one big pea mass of which will be equal the sum of masses of all these small peas. However, in nuclear physics, if some particles merge into one, the mass of this new particle is somehow smaller than the sum of masses of all the particles that formed it. It turns out a paradox. We know that there is a universal law of conservation of the mass, according to which ‘nothing can come from anything and nothing that exists can completely disappear’. In this case, where does the part of the total arithmetic mass of this particles disappear? And when dividing the nucleus of an atom, why does the total mass of its constituents together with the mass equivalent of their energy also become less than the initial mass of this nucleus? We tried to answer this question in our study.’

Now, according to the scientists, the phenomenon of the mass defect is present as an axiom which does not require explanations. There were attempts to give a determination in the form of assumptions, without formal justification. Igor Shamanin and his colleague Yuriy Trutnev were the first to show mathematically, why the phenomenon of mass defect arises. The outcome obtained complies with the experimental data.

‘First, we built a mathematical model, obtained a defining ratio, performed calculations and then tested our results on the lightest cores. These are such elements as, for instance, helium. We selected base pairs of interacting nucleons in these nuclei, then using the tabular experimental data on the mass of these components we correlated the sum to the calculation results. As a result, we managed to show where the ‘lost’ mass disappears,’ explains Igor Shamanin.

The scientists discovered that the difference in mass does not disappear. Being one of the forms of existence of matter, it is transformed into another form, e.g. the energy of the field which is created by forces forming a finite stable physical system. If the intensity of these forces is high, then the mass defect is substantial.

The scientists succeeded because they made their calculation outside the geometry properties of space-time.

‘In most papers on theoretical physics related to the theory of gravitation and nuclear physics, it is always axiomatically assumed that the space-time metric determines the features of the course of physical processes. In our turn, we follow another, less popular theory according to which the physical processes determine the local metrics of space-time,’ says Igor Shamanin.

A space-time metric is a working tool for physicists in creating mathematical models of physical processes taking place in space-time.

‘We decided not to use this logic. Instead, we simply took a single local point and worked with it, outside the properties of space-time. The result we obtained confirms that it is the very course of physical processes determines what the space-time metric will be,’ says Igor Shamanin.

‘Perhaps, the explanation of this phenomenon will help us in the long term to answer a number of other unresolved issues in theoretical physics.

For example, now it is considered that a photon, e.g. a particle of light, has no mass. However, there are assumptions that the mass of the photon still exists. Moreover, it has an internal structure. The formalism offered by us will help to get an unquestionable answer to this question.’

Besides, he adds, our approach can help in finding answers to issues of the existence of dark matter and dark energy. For instance, outside the properties of space-time, you can try to calculate the mass of all dark matter in the universe.

‘Another interesting issue is the discovery of new particles. We know that in collisions of two particles at sublight speeds, new ones are almost always formed. Now there is a plenty of elementary particles, which are divided into different types. However, if we take into account the fact that it is the physical processes impact the structure of space-time, not vice versa, it is likely that we discover already existing particles with the changed local metrics of space-time. It depends on the perspective we look at the same object. It will definitely be different if you look from the right or from the left… indeed, our study does not pretend to find answers to all unresolved issues, but the first step was done and, perhaps, moving ahead in this direction we will find out many interesting things,’ concludes Igor Shamanin.