Scientists from Tomsk Polytechnic University together with colleagues from Great Britain, Israel, the ITMO University (Russia) and other Russian universities demonstrated a new type of artificially curved light beam. In their papers, the scientists called it a ‘photonic hook’. Previously, only the Airy beam was known as a curved light beam. The hook obtained might be applied in microscopy to get high-resolution imaging and serve as a manipulator of nanoparticles and their movement. The last outcomes of the research were published in Optics Letters (IF 3.416; Q1) and Scientific Reports (IF 4.259; Q1). 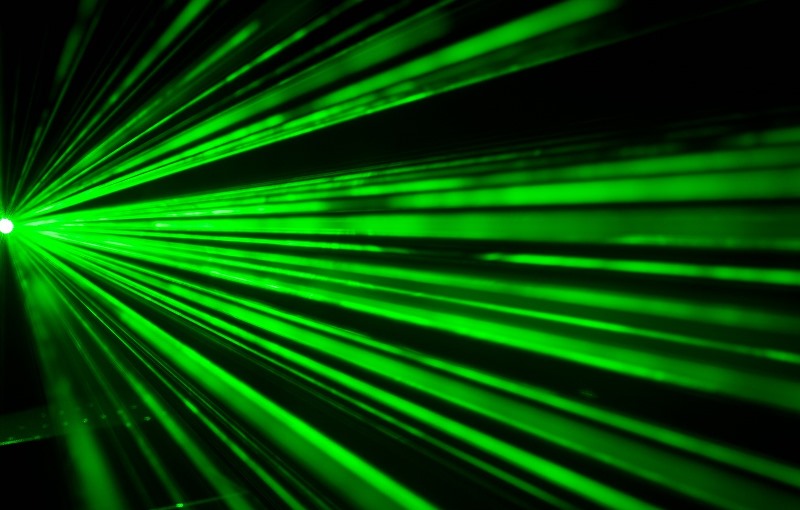 The problem of light scattering by dielectric particles is a problem with a very long history. Analytic expressions for scattering were obtained by Gustav Mie in 1908. His theory predicted the presence of two internal focuses inside dielectric particle. In 2004, American scientists published an article in which they demonstrated that for certain values of the particle size and the refractive index, the internal focus on the shadow surface of the particle shifts to its boundary. In this region, a highly localized electromagnetic field is formed. They called this effect a ‘photonic stream’. This stream features a specific transverse dimension that is less than the diffraction limit. Therefore, it can be used to obtain superresolution.

Curvilinear beams, the so-called the Airy beams are also known. Inside them, light travels along a parabola. However, it is rather difficult to produce and use them, in particular in microscopes.

‘Previously, it was believed that there were no other types of curved light than the Airy beams. We have managed to obtain a new type of curvilinear light beams, as well as we patented the principle of its creation based on a photonic stream out of dielectric particles with broken symmetry.

In our article, we described in Optics Letters the properties of the ‘photonic hook’. To create beams we used cubic particles with appended prisms. When radiation falls on the end of a particle, diffraction occurs on the faces and inside the particle. Due to the difference between velocities inside and near the faces a descending wave front is formed which is focused on the exit from the particle. Since one face is skewed the waves interfere with each other and the localization region becomes curved,’ explains Prof. Igor Minin from Electronic Engineering.

In Scientific Reports the researchers considered an interesting application of the ‘photonic hook’, which allows moving nanoparticles exposed to light, including moving around obstacles, and transporting the particle over the obstacles.

‘This is a promising application for biology, medicine, creation of advanced materials where cells need to be controlled,’ 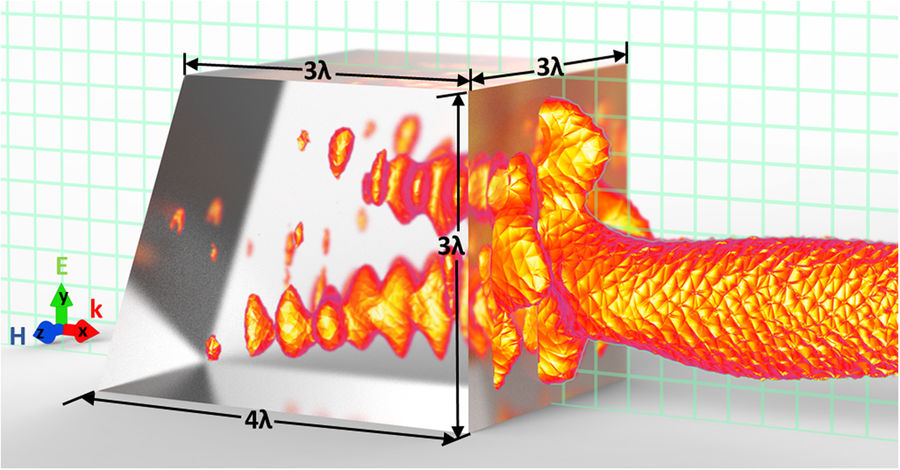 Alexander Shalin (head of Nano-Optomechanics Research Laboratory, the ITMO University) supervised the simulation of such processes.