Researchers from Tomsk Polytechnic University have developed plasma modification of the surface of biodegradable polymer scaffolds out of polycaprolacton based on which new organs and tissues are grown. The new method makes it possible to create tissue-engineering scaffolds with improved biocompatibility for tissue vascular grafts used, for example in cardiology. The study results were published in Applied Physics Letters (IF: 3,411, Q1) of the American Institute of Physics. 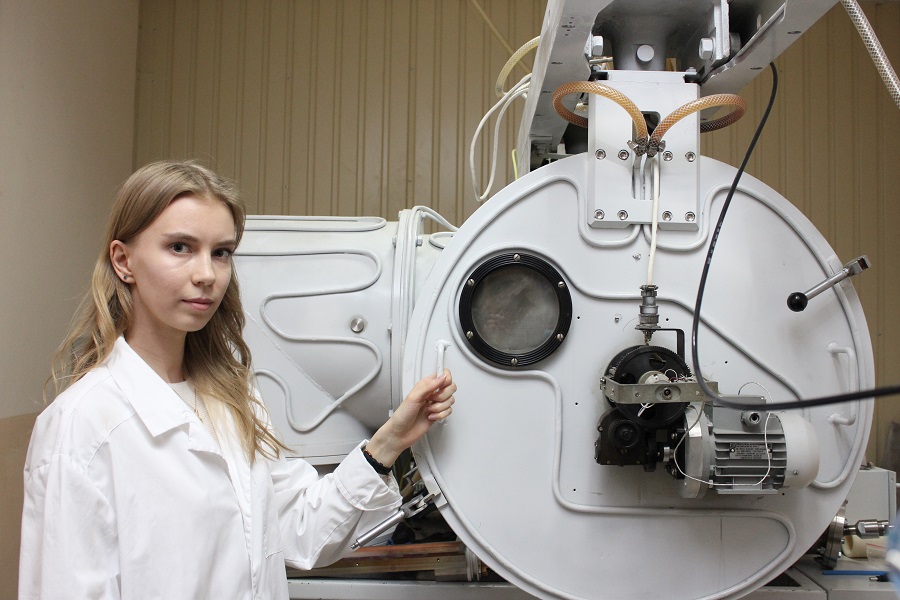 Photo: Co-author of the research Valeriya Kudryavtseva at the magnetron sputtering facility.

In the their research conducted jointly with colleagues from the Tomsk National Research Medical Center and the V.A. Almazov National Medical Research Center (Saint-Petersburg), the scientists modified a pretty complicated material for creating tissue-engineering scaffolds, polycaprolacton (PCL, a biodegradable polyester with a low melting point, ecological and non-toxic – ed.).

Polycaprolacton is one of the most suitable synthetic polymers for cardiac surgery applications. It is cheaper than polylactic acid. Besides, there are some disadvantages of the material. For instance, the melting point of polylactic acid is much higher, therefore it is more stable under extreme conditions. In addition, the rate of endothelization of PLC (covering the stent scaffold by cells lining the inner lumen of the vessel - Ed.) and degradation are rather low.

However, the properties of PLC scaffolds are usually modified via more expensive and sophisticated biological ways.

‘We propose an alternative method of plasma modification as physical processing enables us to improve properties of materials in a cost-effective, easier and more effective way. The method may become rather competitive compared to more complicated and expensive biological methods. Besides, it will be used for further technology improvement.’ 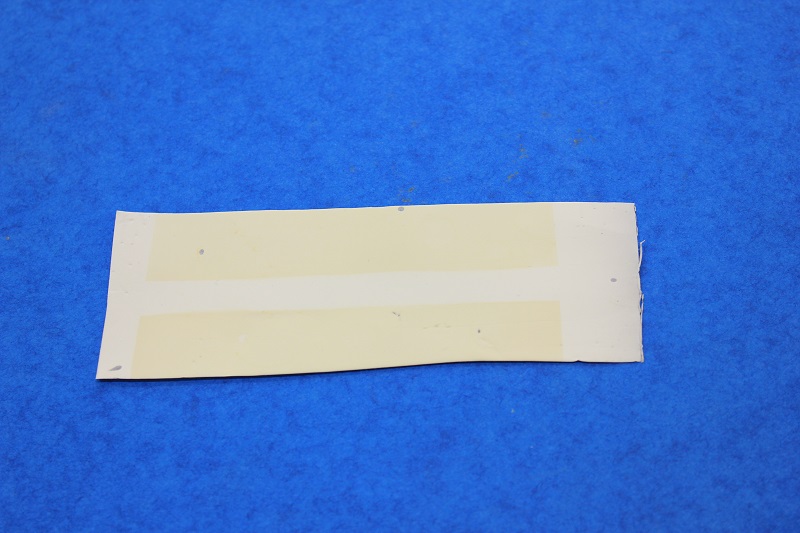 The modification of the surface of scaffolds was carried out at the magnetron sputtering facility. During the experiment the material surface was exposed to plasma to obtain a thin titanium coating in a nitrogen atmosphere. The experiments took about six months.

According to the researchers, magnetron sputtering refers to diode sputtering. Sputtering of the material in them occurs due to bombarding the surface of the target by ions of the working gas, formed in the plasma of an anomalous glow discharge.

One of the significant features of the plasma-chemical modification of polymers, which drew a special interest of the scientists, is that only processed surface of the material and very thin sub-surface layer with the thickness of from 100  Å (Angstrem) to several microns are changed.

‘Within this paper, the effect of plasma treatment on the structure and properties of PCL scaffolds was studied. It was found that plasma exposure does not change mechanical, physical and chemical, as well as electrical and physical properties of polymer scaffolds. Depending on the composition of gas, its pressure, duration and discharge voltage, and the nature of a material, it is possible to change a number of contact properties.

All these outcomes expand capabilities of PCL scaffolds for medical applications,’ explains a co-author of the research Valeriya Kudryavtseva.

During the experiments, TPU scientists also adjusted an optimal time for scaffold plasma treatment facilitating adhesion of cells, the improvement of biocompatibility and hydrophilicity without losses of mechanical properties. The main part of the research was carried out in Tomsk Polytechnic University; the adhesion was studied at the V.A. Almazov National Medical Research Center.

‘The use of plasma sources for modifying polymer materials for medical applications is a new approach. Our team began to apply it to the first in the scientific world. Now we revealed the modes in which optimal results are achieved. In fact, we underpin a novel technology and engineering equipment,’ stresses Tverdokhlebov.