Scientists from Tomsk Polytechnic University together with their colleagues from Malaysia have studied for the first time a carbon-carbon (C/C) composite by a new non-destructive method – ultrasonic IR thermography. The material itself is promising for aerospace engineering since it can withstand the temperature of up to 2,500 °C. Experiments showed that the method makes it possible to detect so-called ‘kissing-bond’ defects in the materials with high accuracy and online. If they are not detected in time they can cause emergency situations. The study results were published in the journal Composites Part B: Engineering (IF: 4.92; Q1). 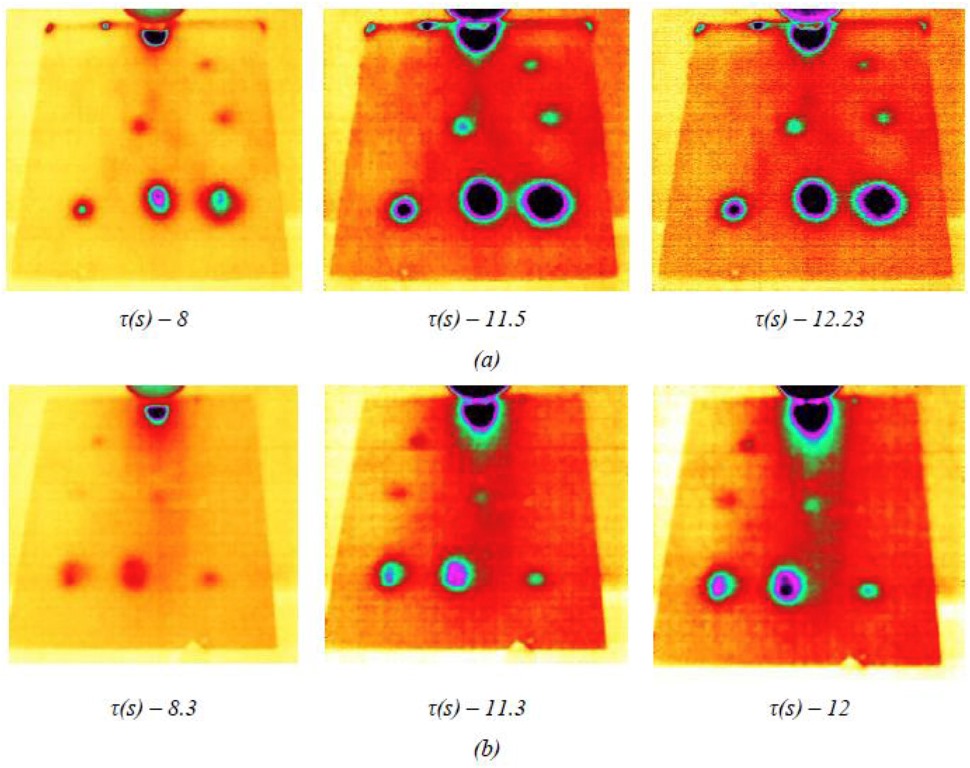 ‘Due to its high strength with relative less mass and resistance against corrosion, composite materials are often used for aerospace engineering, shipbuilding, and automobile industry. However, they have substantial limitations – composites are vulnerable to shock damage.

If they are used for external parts in aircraft (airplanes, rockets, and others), for example, hail, bird strikes, and tools can damage them. Defects in such materials, e.g. the smallest delamination, cracks, breaks in the fibers are often invisible. Over time, during their operation, they enlarge and potential danger increases. Therefore manufacturing of critical parts out of composites requires new methods of non-destructive testing,’

says research fellow Zaki Umar from Malaysian Nuclear Agency. Recently he has been on internship at Tomsk Polytechnic University. The carbon-carbon composite has a complex fibrous structure. It features ‘’kissing-bond’ defects. Such defects look like, for example, cracks in which the edges closely adjoin each other. They are difficult to detect by standard ultrasonic and X-ray methods because they do not resist mechanical waves and ionizing radiation. At TPU Zaki Umar was proposed to test the C/C composite by ultrasonic infrared thermography. It unites two methods of non-destructive testing at once: an ultrasonic and a thermal.

Tomsk Polytechnic University is one of few Russian scientific centers where the research of ultrasonic infrared thermography is conducted.

‘The method is still new in the world and not adopted at manufacturing in Russia. Though it has a series of advantages. The idea of the method is simple: powerful ultrasound with a frequency of 20-40 kHz, which is more powerful than in the traditional ultrasonic testing, is introduced into the tested object. Ultrasonic waves propagating in a solid body causes friction of the defect walls, generating thermal energy. We identify the energy with an infrared camera installed at a short distance from the tested object. The thermal ‘footprints’ of defects show their location and characteristics.’

Experiments showed that ultrasonic infrared thermography is very effective in detecting defects in a carbon-carbon composite. The scientists received clear signals that are difficult to confuse with ‘noises’ that are usual for standard ultrasonic testing.

‘Composites, including carbon-carbon ones are materials for manufacturing parts which are difficult to test by usual ultrasound. Ultrasonic thermography is more accessible from the perspective of the point of ultrasonic introduction, therefore it is appropriate for testing complex shaped parts. The testing process is carried out online, all data obtained are immediately available for analysis,’ explains Professor Vavilov.

In the framework of the study, TPU scientists developed ThermoSource software to solve a basic problem on the evaluation of the energy released during internal friction. This will determine the limiting capabilities of the method and optimize the procedure of non-destructive testing. In addition, 3D modeling of thermal release in defects makes it possible to study the structure of complex defects that occur in composites due to external exposure.

The elaborated testing method and the model for calculation releasing energy are now possible to apply for different composite materials, in particular, carbon-fiber plastic, fiberglass, composite ceramics, and others.

A ‘fingerprinting’ technology for containers with nuclear materials and wastes
‘A human mission to Mars is impossible without ion-beam technology’: German scientist at SMMIB conference
Enrichment of professional and general life experience: TPU student about internships in Germany
Glauconite can become an eco-friendly alternative to potassium fertilizers
Scientists to combine ultrasonic, vibration and heat for flaw detection in aviation