Experiments verify the phenomenon of a photonic hook

Scientists from Tomsk Polytechnic University together with their colleagues from Great Britain and Russia have experimentally proved an earlier predicted effect of ‘photonic hook’ that is a new type of curved self-accelerating light beam shaped like a hook. The ease of generation and physical properties make it promising for use in super-resolution microscopes, for the creation of biosensors and biological research where the control of molecules is needed. The Applied Physics Letters (IF: 3.495; Q1) published the outcomes of the experiments. 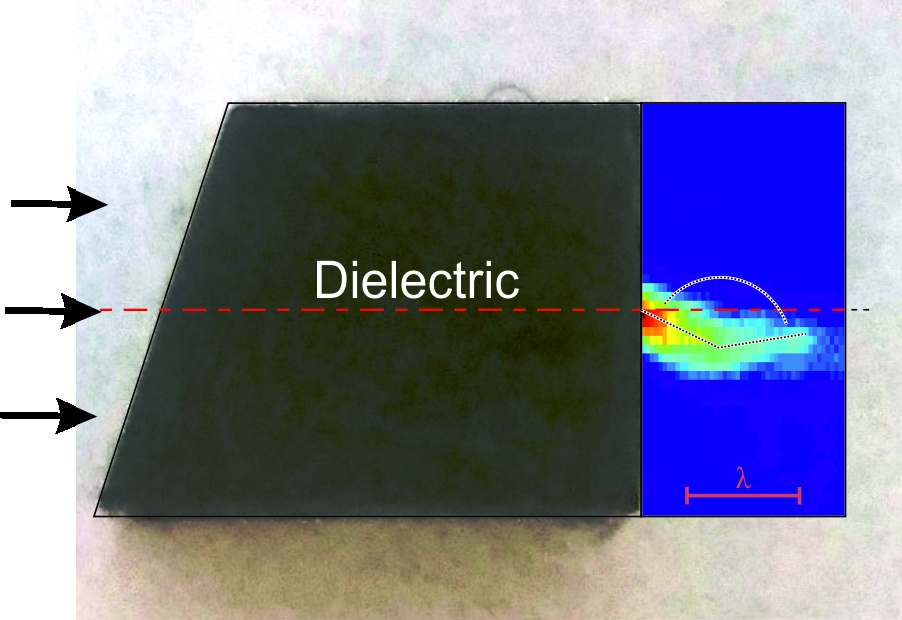 Prior to the discovery of the photonic hook, only the Airy beam and its derivatives as a curved light beam were known. For the first time, they were generated at the University of Florida in 2007. However, their generation is time-consuming and requires complex equipment compared to the generation of a photonic hook.

‘In 2018, our research team theoretically predicted the existence of the photonic hook, then proved this effect for plasmons. Now we managed to practically observe the curved beam using a scanning system where a sapphire waveguide developed by our Moscow colleagues is used as a recording system. The experiments were conducted in the Laboratory for Submillimeter Spectroscopy of Prokhorov General Physics Institute of the Russian Academy of Sciences,’

To generate a photonic hook the scientists used microsized dielectric particles of Teflon. The particles were of an unusual cubic shape with the attached prism. The experiments were carried out in terahertz radiation. It passed through the particles and took a curved hook shape at the exit.

‘For generating a photonic hook you simply need a radiation source and dielectric particles – it could be not only Teflon – of the appropriate shape,’ says Igor Minin. ‘Such an easy generation expands the scope of applications for curved beams.’

‘The photonic hook has the least curvature among all ever observed curved beams, it is less than the used wavelength. This opens new horizons for super-resolution optics. However, we are going to focus on the biological application of hooks,’ adds Igor Minin.

Due to its physical properties, the photonic hook is able to capture molecules and move them. This effect can be useful, for example, for separation of molecules from each other and for the selection of needed molecules in biological research.

The study is carried out in cooperation with scientists from Tomsk State University, Prokhorov Institute of General Physics of RAS, Bangor University (UK), and the University of Central Florida (USA).