The head of the studio The League of Robots, As.Prof. Mikhail Momot from the Digital Technologies Department of Yurga Institute of Technology (TPU Branch) designed a balancing robot that can move on two legs and can become a prototype for the two-wheeled car of the future. 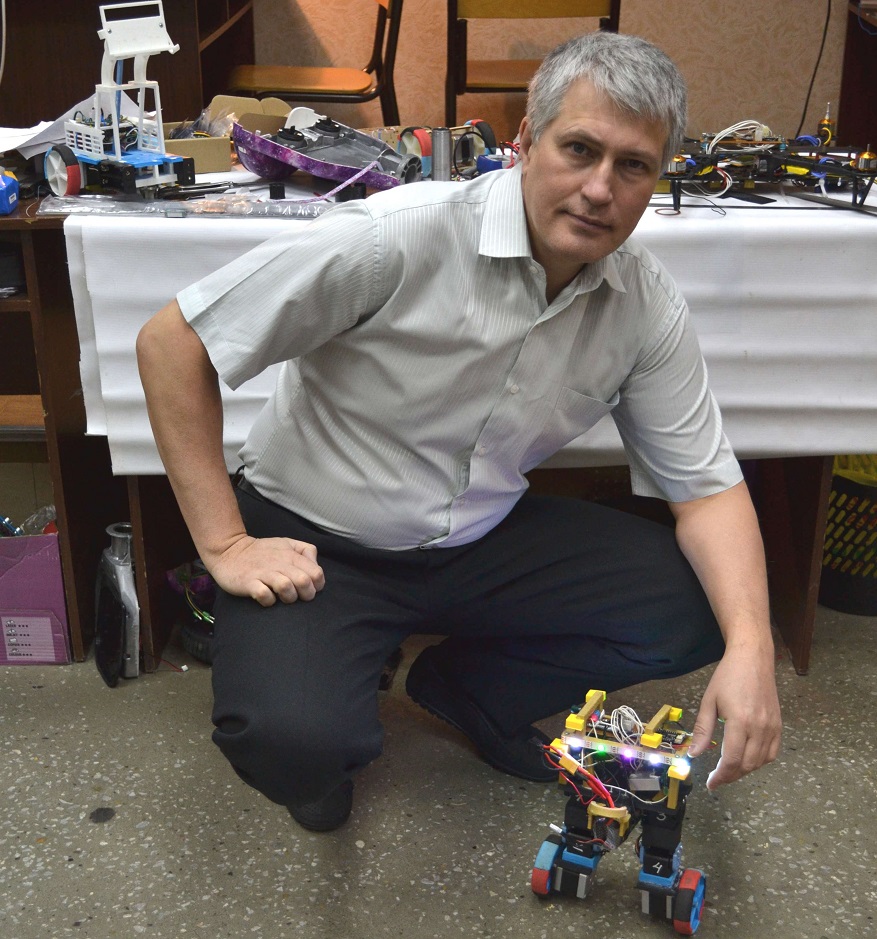 The balancing robot is remotely controlled, can move on two legs and adjust its ‘walking’ depending on the surface of the ground. It is equipped with wheels instead of feet, due to which it can rise from a prone position.

‘In 2016, I wrote a book titled Mobile robots based on Arduino and decided to include a part about balancing robots. The main portion of the book was ready within two months, this part turned to be more difficult – for a few months I just learned how to design such a device, searched for an easy solution. I found it, designed a prototype, and after some time I released a training video on YouTube. It was appreciated and last spring I was offered to make a similar robot on legs.

This way we found an investor interested in two-wheeled cars of the future, a prototype of which I just created with my team. We were challenged to design a robot able to keep legs and keep balance – we coped with it. Now it should be improved.’

Currently, the invention team includes his son Pavel Momot who is a student of the TPU School of Energy & Power Engineering, and helps with algorithms and 3D models and As.Prof. Andrey Proskokov from the Department of Industrial Technologies of Yurga Institute of Technology, who is a mechanics consultant. 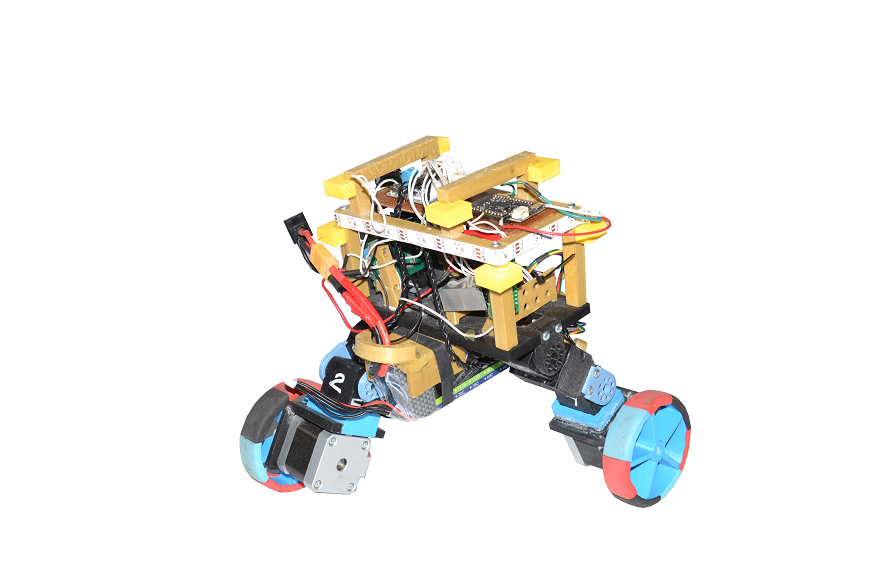 According to the scientist, two-wheeled cars are more cost-effective than four-wheeled ones. They take small space and can be used in transport in the urban environment with space lack. It is also real to design two-wheeled autonomous robots that can be used to deliver goods.

‘Until last autumn, I developed several simple prototypes, since September I have been closely involved in the mathematics of a balancing robot. By the end of the year, all algorithms, mechanics, and electronics were ready, the robot was tested. Currently, we together with my team are at the stage of assembling a half-sized vehicle prototype using these principles.

By this summer the vehicle prototype is expected to be ready, all modules will have been coded, additional blocks for the analysis of obstacles and surface will have been connected, and we will introduce it to our customers,’

A video on testing the balancing robot is available at Mikhail Momot’s Youtube channel.

The studio The League of Robots that was established and is led by Mikhail Momot is open at Yurga Institute of Technology. Here schoolchildren and students take an in-depth study of mathematics, physics, computer science, programming, and robotics.