Doctors of BEST Veterinary Clinics (Novosibirsk) doctors conducted a unique surgery. A cat called Ryzhyi was implanted four prostheses to replace his paws which he had lost during the winter cold. Scientists from Tomsk Polytechnic University coated intraosseous implants with calcium phosphate. Its task is to ensure reliable fixation of implants in bones and minimize risks of infection. The surgery and the rehabilitation process of the four-leg patient were reported in the veterinary journal VetPharma. 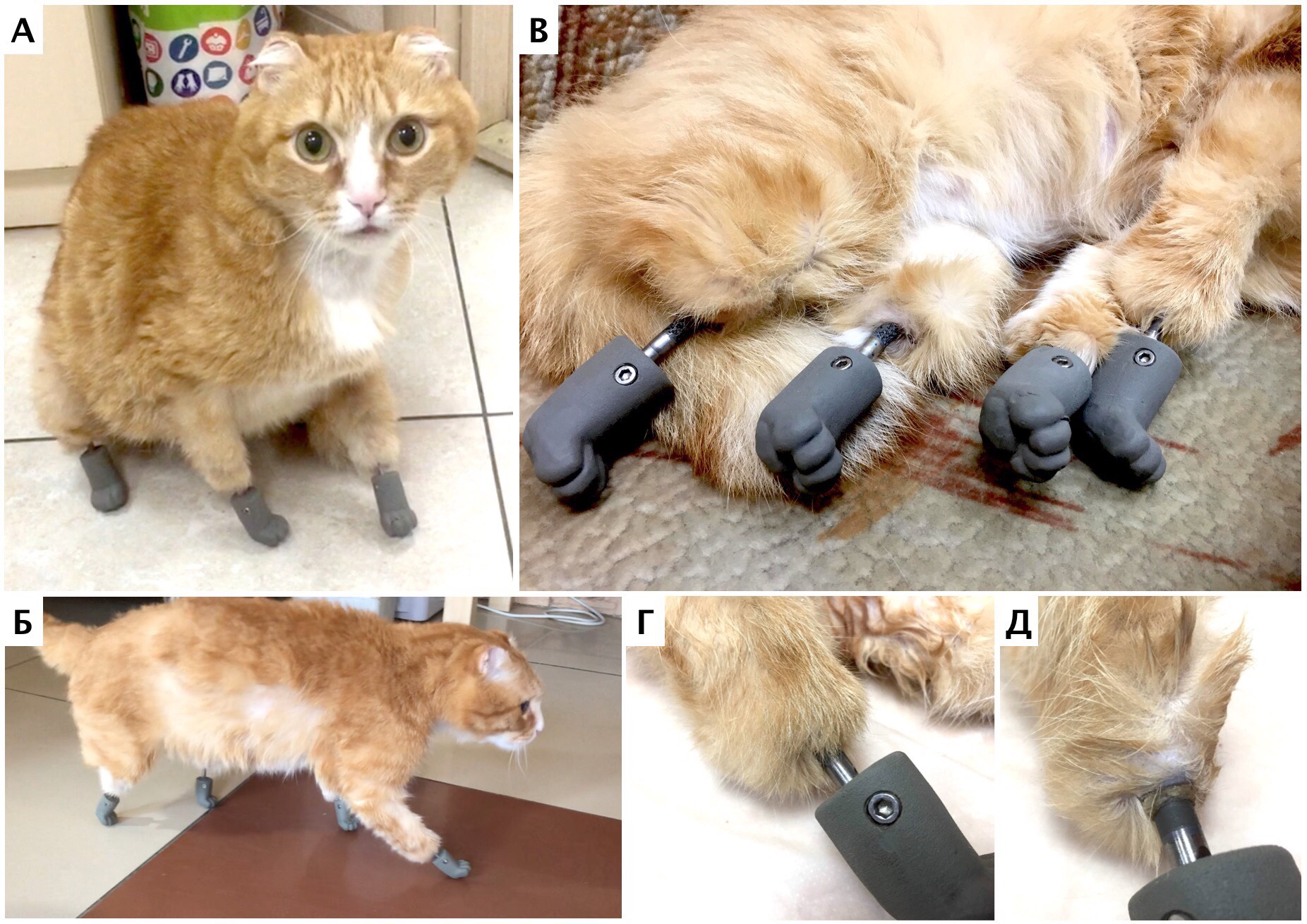 The doctors from BEST have already been cooperating with TPU experts for many years.  Scientists led by Associate Professor Sergey Tverdokhlebov from the Weinberg Research Center developed coatings out of calcium phosphate for veterinary implants. Such coating has already been used in prosthetics of cats and dogs. The surgery conducted for Ryzhyi is unparalleled since the veterinarians had to replace all four limbs of the pet.

‘The article reports on a clinical case of percutaneous osseointegrated prosthetics (POP) of four limbs with SerGoFIX prostheses in a cat. After analyzing data from MedLine and Google Scholar with requests prosthesis, intraosseous transcutaneous, amputation we have not managed to find any references or single reports about any similar experience of prosthetics of four limbs in cats or dogs. This data verifies that the clinical case is the world’s first report on the application of this method of all-limb prosthetics in a single pet with prolonging observation,’ the article says.

It took several stages to carry out such prosthetics. As of today, it has been 17 months past since the last surgical interventions. The veterinarians observed the patient and monitored his condition all this time.

The implants and prostheses were 3D-printed using digital models. Implants to which external prostheses are attached were made out of titanium alloy. The latter was coated with calcium phosphate in TPU. The external part of the prosthesis is made in the shape of a cat’s paw.

‘Bioactive calcium phosphate coatings were applied to the implants using microarc oxidation at a facility developed in cooperation with partners. It is based on a modern elemental and instrument base and fully computerized.’

According to the article, after the surgery ‘the patient can independently maintain and perform basic manipulations in the form of walks, the use of a cat litter box, licking the area of the prostheses and subsequent washing up of the muzzle with part of the stump and the prosthesis, as well as defensive measures when other animals attack’.