TPU develops a multi-contrast tomographic complex for industry and medicine

The TPU physicists developed the first domestic tomograph, able to visualize the internal structure of objects using both the corpuscular and the wave properties of x-ray radiation. Due to this, the tomograph can scan and find microdefects in complex objects with low-contrast inclusions and restore the distribution of chemical elements by volume. It can be complex composites for the aerospace industry, biological or geological objects. The R&D was conducted under support of the federal target program Research and Development in Priority Areas of Development of the Russian Scientific and Technological Complex for 2014-2020 with the participation of EliSy. 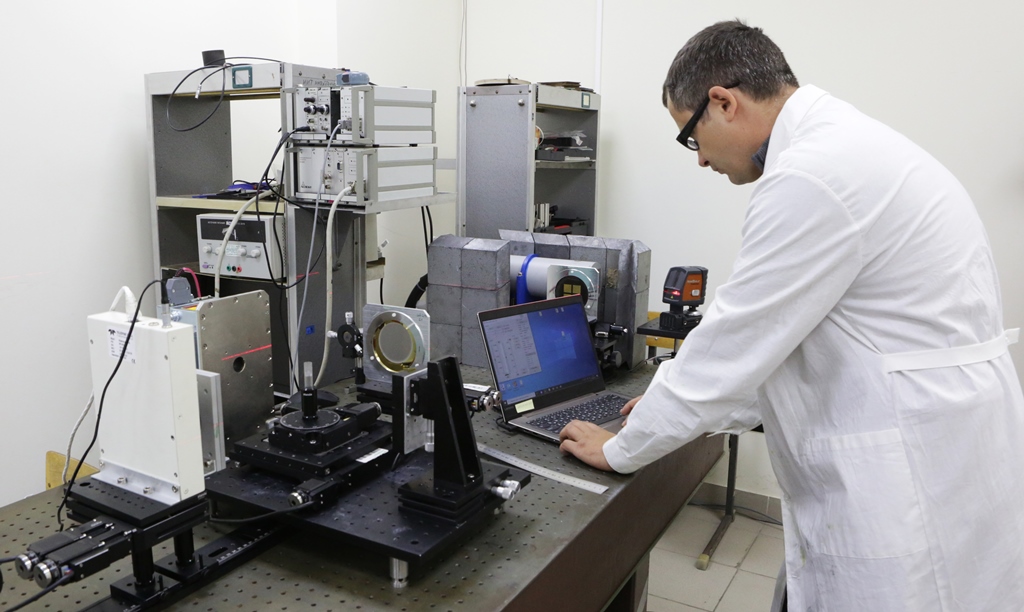 “We have developed a research tomograph with a free configuration, combining the traditional transmission or absorption x-ray tomography, scanning in a dark field, allowing visualizing the contours of optical in homogeneities, phase-contrast method, and spectral tomography. For instance, the latter method provides determining the distributed chemical elements in the studied object study by their ability to absorb x-ray radiation. The tomograph concept provides the configuring of any tomographic experiment for a variety of tasks, which are challenging for industry, scientific or biomedical research, ” - Alexey Gogolev, a project manager, a Deputy Director for Development of the Research School of High Energy Physics, says.

The designed tomograph can both read the X-ray quanta, passed through the object, and take into account changes in the phase, amplitude and wavelength of X-ray radiation, and occurring interference effects.

Traditional X-ray tomography determines the elements in a material by density. However, among modern materials of various applications, there are a lot of composites, consisting of components with close density. That is also about biological objects, e.g., cartilage differs slightly from the density of surrounding soft tissues. So, it is difficult to discover a defect in such objects using the traditional X-ray tomography, especially if it has small linear dimensions.

X-ray radiation has both corpuscular and wave properties. It provides applying both techniques based on its passage and more accurate interference methods, used, for instance, when working with visible light. Combining amplitude, phase, and wavelength of X-ray radiation provide the information on low-contrast materials and their structure.

“The technical feasibility of compact devices operated with wave information in the x-ray range for the diagnosis of large objects, became possible only in the 2000s.

Currently, tomographs working on these principles are developed by several research teams in the USA, Europe, and Japan. There were no such tomographs in Russia before. It supports tracking four parameters at once instead of one. Along with the traditional number of quanta, there is length, amplitude of the wave and its phase. It is the parameters that provide scanning the low-contrast objects and discovering more information, ”

According to Dr. Gogolev, one of the most time-consuming tasks was to design software for processing information and coordinating the operation of all new structural elements added to tomograph conventional ones. The wave nature of radiation has long been used on synchrotron light sources of accelerating complexes of charged particles. However, this equipment is not available for widespread use, unlike an x-ray tube. “Our tomograph enables researching in a small laboratory,” says the researcher.

Currently, we continue developing hard- and software of the tomograph and collecting scanning results to discover technical solutions to improve the repeatability and accuracy of research. In the near future, our achievements will be implemented in other Russian large-scale research projects, including the mega-science installations. ”