The Russian Ministry of Science and Higher Education announced the results of the seventh competition on the megagrants to support studies carried out by leading scientists. A project of Tomsk Polytechnic University, supervised by Prof. Vladimir Tolmachev (Uppsala University, Sweden), won the megagrant. The project deals with personalized diagnosis and treatment of cancer. This study will bring together chemists, physicists, and nuclear medicine specialists. 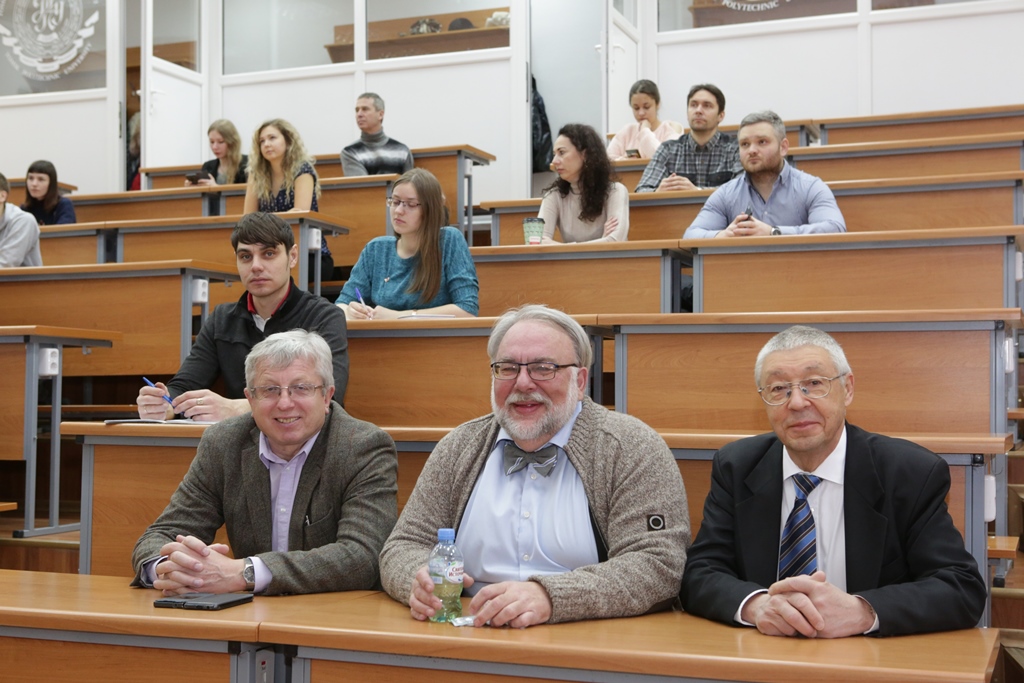 Photo: participants of the TPU project supported by the megagrant (from left to right): Vladimir Chernov, Head of the Department of Radionuclide Diagnostics at the Tomsk Cancer Research Institute, Prof. Vladimir Tolmachev, the Uppsala University, and Sergey Deev, Head of the Molecular Immunology Laboratory at Shemyakin-Ovchinnikov Institute of Bioorganic Chemistry

Russian universities and research institutions, which won the megagrant competition, will be funded from the budget to support their studies in priority areas of scientific and technological development of Russia. According to the terms of the competition, such projects should be supervised by internationally recognized scientists. The competition committee takes into account scientific achievements, level of scientific publications, experience of the leading scientist and key team members in the chosen scientific area. A visiting scientist should establish a world-class research laboratory at the university.

Mikhail Kotyukov, Minister of Higher Education and Science of the Russian Federation comments on the competition.

The TPU project is dedicated to Development of Targeted Molecules Based on Scaffold Protein for Diagnosis and Treatment of Malignant Neoplasms: a Theranostic Approach. Prof. Vladimir Tolmachev has solid experience in this field and a long history of cooperation with scientists from the TPU Research School of Chemistry & Applied Biomedical Sciences.

“We have prepared for this project for five years. Thus, its victory was predictable. The project main point is to develop advanced technologies in Tomsk to obtain special targeted molecule agents with a complex structure, based on a radioactive isotope and a specific scaffold protein. Due to the protein, the molecule can effectively find a tumor. A special scientific task is to bind the isotope and protein. The TPU chemists have a solid scientific background in this area. In the context of chemistry, these technologies are the cutting edge of organic synthesis. It is very delicate manipulation because scientists have to work with extremely low concentrations of matter,”Mekhman Yusubov, Vice-Rector for Research and Innovations, says.

In the future, these molecules can deliver isotopes to the tumor and can be used for both diagnosis of neoplasms and therapy.

“Global science is a long-term project and this one has great potential. The main idea of this project is to strengthen the position of Tomsk as the main center of nuclear medicine beyond the Urals. Since the Russian clinical practice has not applied the offered technologies yet.

We have everything for the following project, including the TPU Nuclear Research Reactor as a production facility for isotopes, scientific background in physics, chemistry, and medicine,” Mekhman Yusubov says.

The megagrant includes 90 mln RUR, allocated for three years, up to 2021. 36 projects became winners in the seventh megagrant competition.