Scientists Develop Sensor with Nanopores for Definition Doping in Blood

Scientists of Tomsk Polytechnic University jointly with colleagues from different countries have developed a new sensor with two layers of nanopores. In the conducted experiments, this sensor showed its efficiency as a sensor for one of the doping substances from chiral molecules. The research findings are published in Biosensors and Bioelectronics (IF: 10,257; Q1) academic journal. 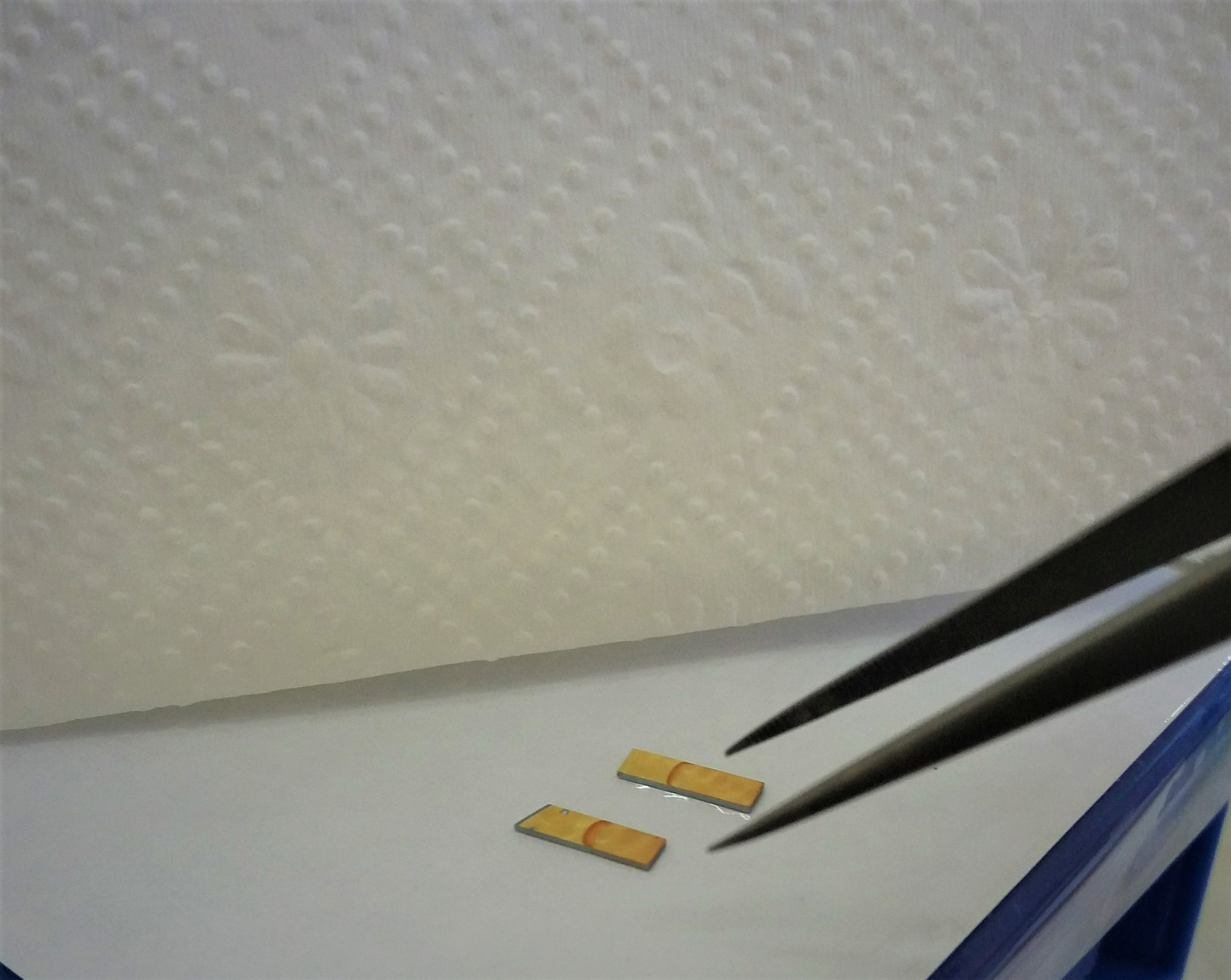 The material is a thick wafer with pores of 20-30 nm in diameter. The scientists grew a layer of metal-organic frameworks (MOF) from Zn ions and organic molecules on these thick wafers. The MOF has about 3 nm nanopores only. It plays the role of a trap for molecules, which must be detected.

“This sensor can operate with chiral molecules. Such substances consisting of chiral molecules are a lot among medical drugs and biologically active compounds. Their feature lies in consisting of a couple of enantiomers, which are actually identical molecules with identical structure and physical properties, however, they are mirror images of each other. Due to this difference, enantiomers can have various biological effect: one enantiomer can be effective, while the second one will cause harm. The main challenge is that both enantiomers must be detected in a biological sample. Our research team specializes in creating chiral sensors, operating on the effect of surface plasmon resonance. We have already had a wide range of interesting efficient material sensors in this field, however, we offered absolutely a new structure in this research work,” Pavel Postnikov, Associate Professor of the TPU Research School of Chemistry and Applied Biomedical Sciences, says.

If the light (for instance, a laser ray) is directed on this material, the effect of surface plasmon resonance occurs on the gold porous film. The surface plasmon resonance is the origin of an analytic signal that can be sensed by a portable surface-enhanced Raman spectroscopy (SERS) sensor. Due to the signal, it is possible to define, what a substance is captured by the MOF and in what volume. The overall analysis procedure takes less than 5 minutes. 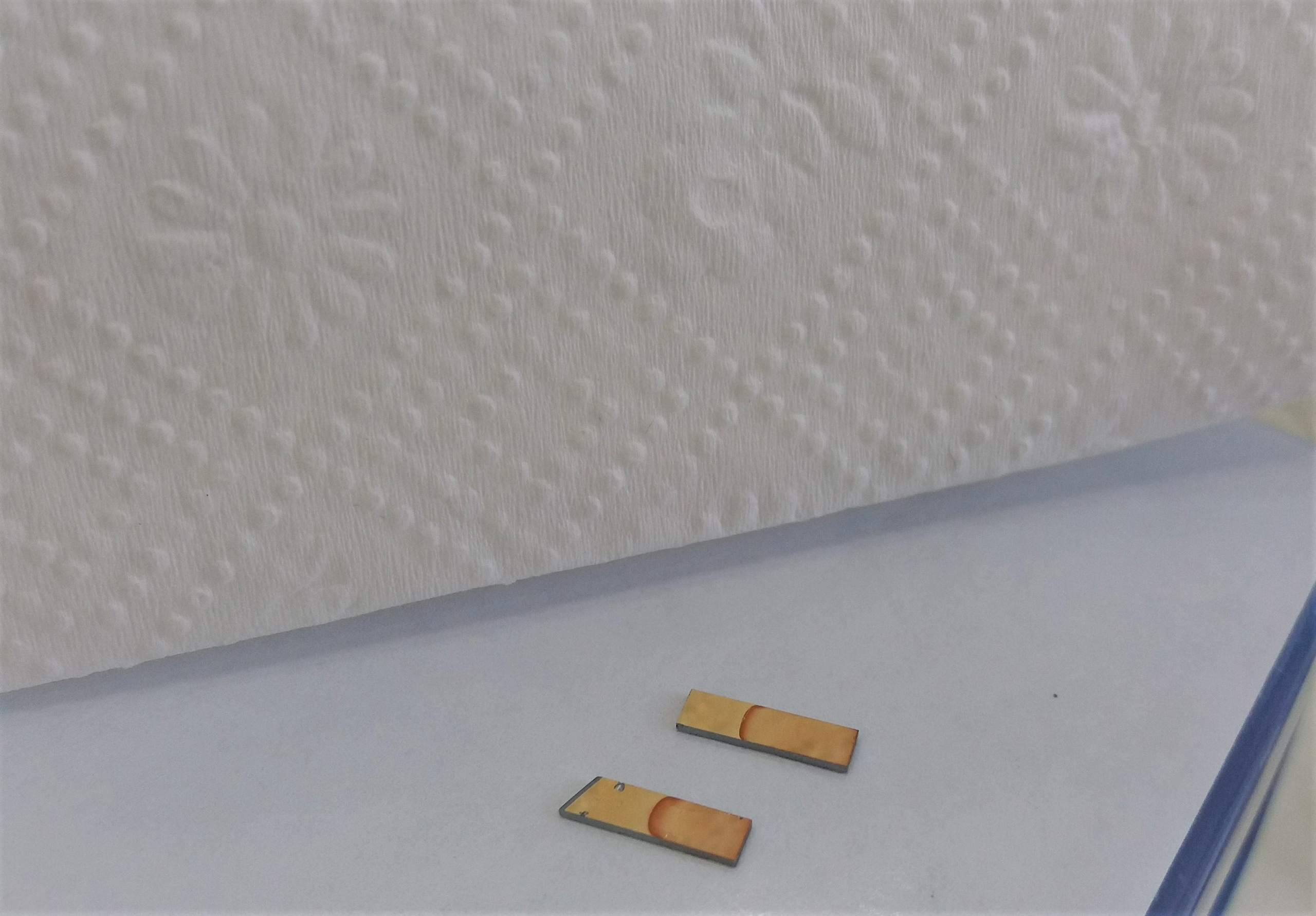 “What did the obtained structure give to us? First, at the same time, we obtained two plasmonic effects: the surface plasmonic effect, as it occurs on the film surface and the localized surface plasmonic effect in pores. Using the other structure, such synergy cannot be achieved. Second, pores serve us as a filter twice and allow us to separate the required substance from other blood components, which can block the sensor,” Olga Guselnikova, Research Fellow of the TPU School of Chemistry and Applied Biomedical Sciences, the author of the article, says.

The researchers tested the sensitivity of sensors not only on model solutions but also on blood plasma and serum, in which the doping substance was added. In the conducted experiments, two sensors were used: each was responsible for the definition of a particular enantiomer of this substance.

“Standard methods for the definition of chiral compounds, for instance, chromatography, are expensive and require complicated equipment and special skills to use it. Our sensors are suitable for portable SERS sensors, which are considerably cheaper and simpler in use,”