Pavel Strizhak, Professor of the TPU Butakov Research Center, has become a winner of the 2021 Research Excellence Awards Russia that is conferred to the most published and cited scientists and scientific institutions. The awarding ceremony was held in Moscow and was coincided with the Year of Science and Technology in Russia. 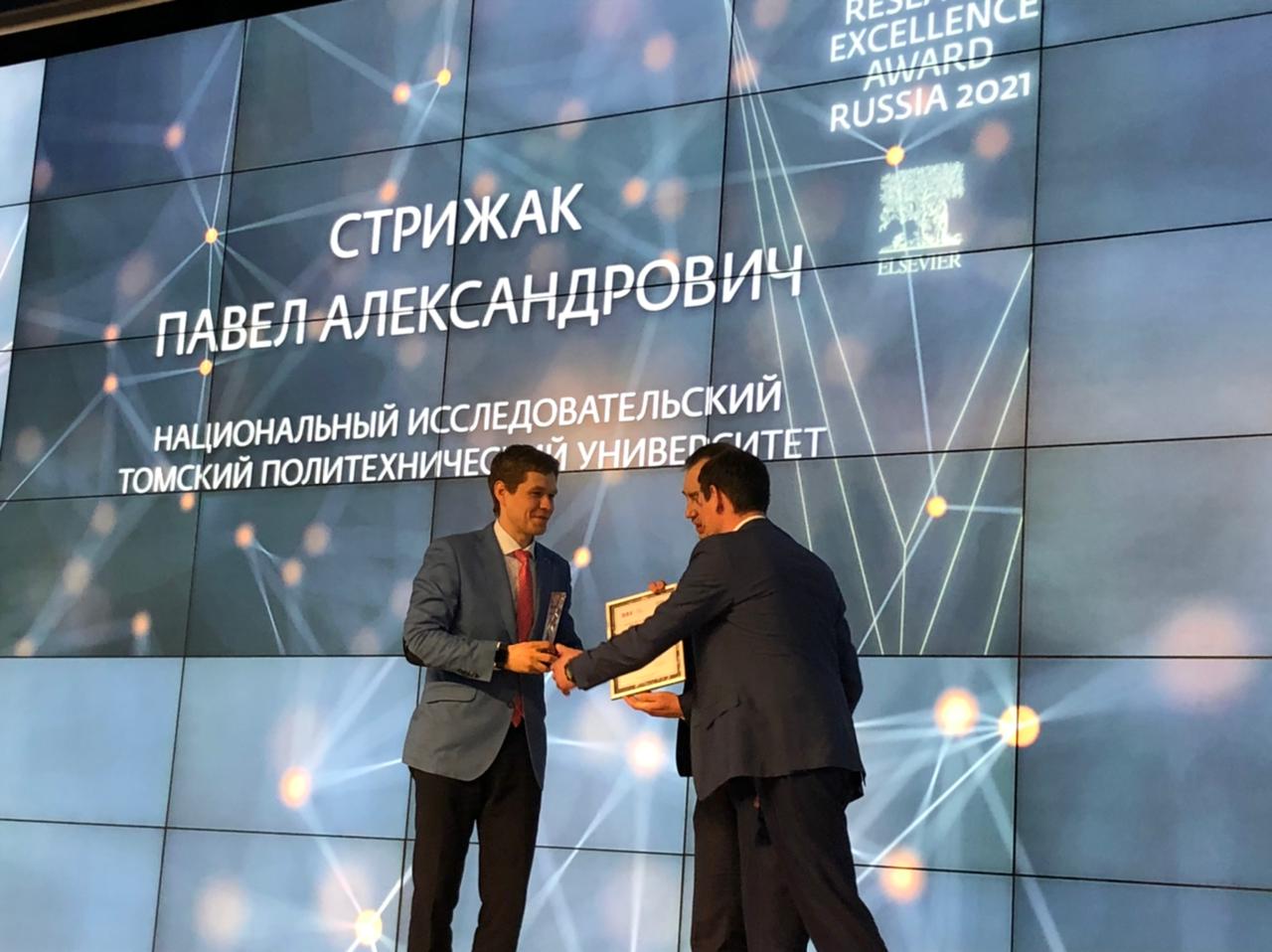 The 2021 Research Excellence Awards Russia is conferred to outstanding Russian researchers and is a part of the Elsevier global initiative to support scientists. The winners of the awards are selected by several indicators, including the number of published research articles, citation rate in international journals (according to the data of the Scopus database) and an expert assessment.

Professor of the TPU Butakov Research Center Pavel Strizhak became a winner in the joint category with the Russian Science Foundation For Outstanding Contribution to Science at National and International Level. Pavel Strizhak was conferred with the award from Andrei Blinov, Deputy General Director, Head of Department of the Russian Science Foundation.

“For eight years, the Russian Science Foundation has been supporting the best Russian projects and creating comfortable conditions for their participants to conduct research.

We are proud that our grant holder and representative of Tomsk, the venue of the academic development, became a winner.

We are awaiting further cooperation, projects and articles,” he said.

The research works of Pavel Strizhak devoted to the creation of sustainable fuel based on industrial waste, process optimization of compounding, fuel transfer, spraying of combustion of fuels, sewage treatment and drinking water treatment from harmful impurities by the explosive breakup of droplets, as well as to effective suppression and containment of forest combustion processes.

“Science, in general, is a field of activity that is best coincided with the words of the great politician Mahatma Gandhi. He said, ‘First they ignore you, then they laugh at you, then they fight you, then you win.’ I hope that all scientists achieve the last stage of these stages. I assure you that together we will be able to make Russian and global science more productive and interesting,” Pavel Strizhak thanked.