Scientists of Tomsk Polytechnic University jointly with their colleagues have synthetized a unique molecule of verdazyl-nitronyl nitroxide triradical. Only several research teams in the world were able to obtain molecules with similar properties. The molecule is stable. It is able to withstand high temperatures and obtains promising magnetic properties. It is a continuation of scientists’ work on the search for promising organic magnetic materials. The research findings are published in the Journal of the American Chemical Society (IF: 14.612, Q1). 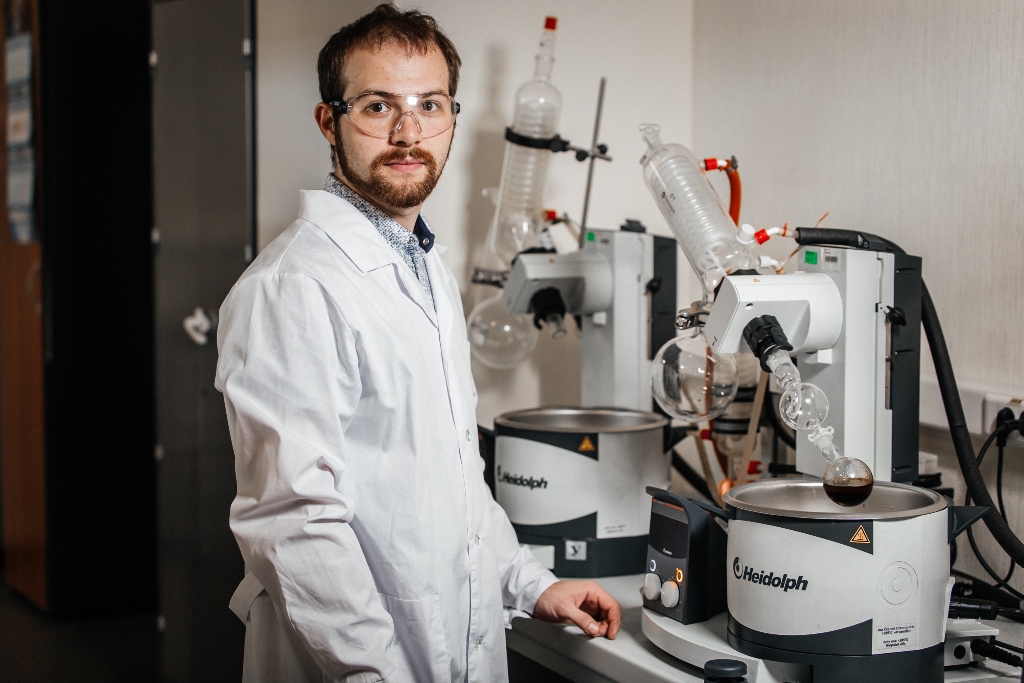 Magnetoresistive random-access memory (MRAM) is one of the most promising technologies for storage devices. Nowadays, the MRAM development is limited due to the fact it is impossible to create a smaller memory cell because of spontaneous magnetization reversal. Single-molecular magnets based on organic compounds are free from this disadvantage:  few molecules are already capable to operate as a memory storage unit.

“At a certain temperature, a magnetic phase transition occurs, the consistent orientation of the magnetic vectors of molecules is observed, as a result, the matter becomes a united magnet. Thus, 20-40 molecules are quite enough to form a micromagnet.

Our task in the research laid in creation such a molecule that could be capable to give its magnetic properties at high temperatures, would be crystalline and would possess a small distance between radical centers,”

At the moment, the researchers have approached complicated molecules and are planning to synthetize almost impossible molecules: heterospin and high-spin dendrimers.