Scientists of Tomsk Polytechnic University jointly with their colleagues from leading global universities and the Compact Muon Solenoid (CMS) collaboration are conducting luminosity research at the European Organization for Nuclear Research (CERN) that observed when beams of the Large Hadron Collider (LHC) collide in order to accurately count the number of proton collisions. They were able to determine luminosity with the record accuracy that allows reducing intervals of allowed values for various quantities characterizing the interaction processes of elementary particles. The experiment findings are published on the CERN website. 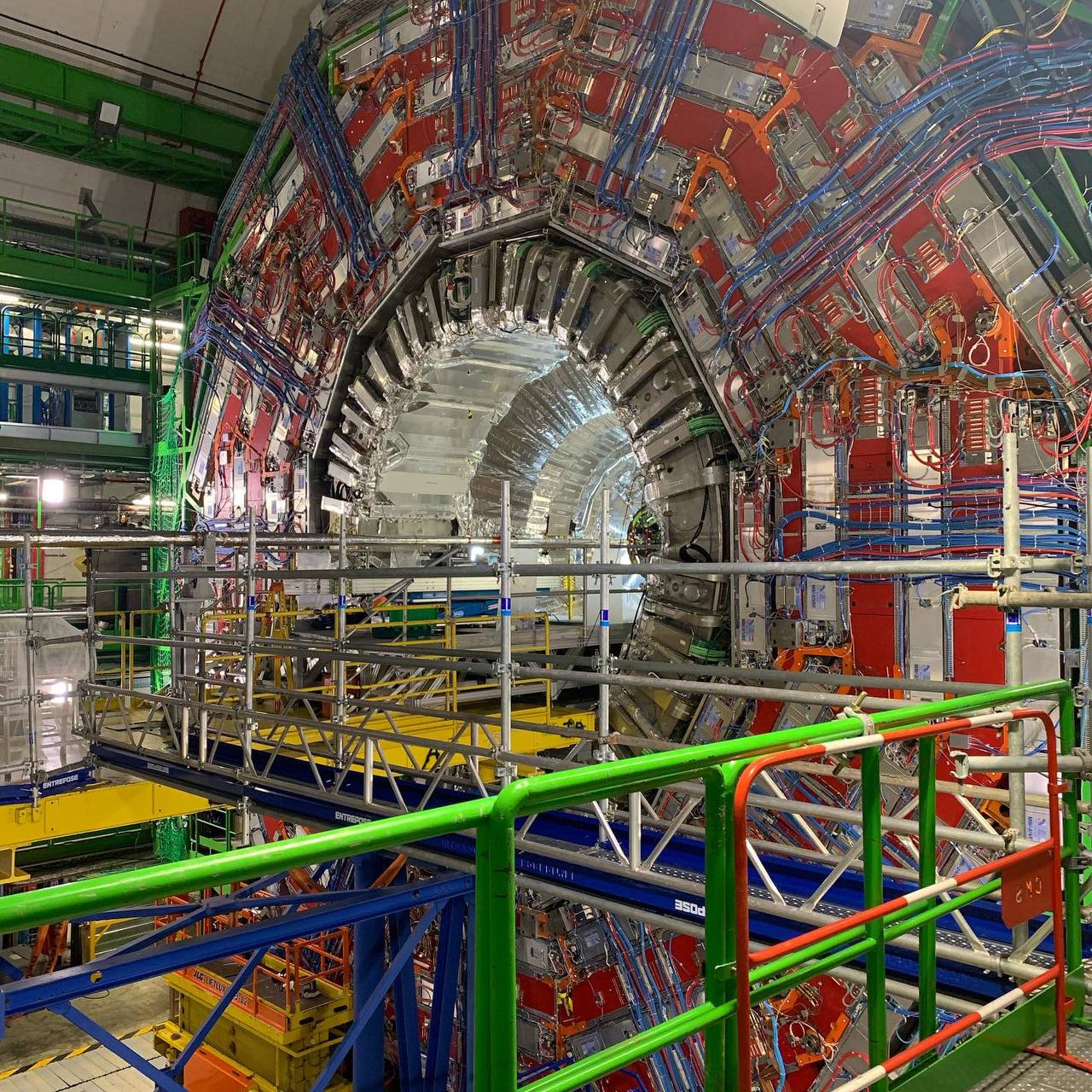 Nowadays, the LHC is the world’s largest and most powerful charged particle accelerator. Hadron beams are a class of particles, including protons, which accelerate and collide. Groups of 100 billion protons collide 25 million times per second. Most protons pass the interaction point without collisions, therefore, the real number of proton collisions is dozen times less. The reason is that protons are tiny, which is why there is a lot of space between them. Meanwhile, there is not a small enough camera to observe how many collisions occur during each pass. The physicists are currently working on new methods of accuracy in calculations of such collisions.

“Intensity of collisions of individual particles when beams collide in the collider calls luminosity. When physicists study the individual processes of production of some particles in the collisions of individual protons or nuclei, calculate the parameters of such processes and uncertainty of such calculations, they have to know how many collisions were in total and what the accuracy was with which this number was known. Therefore, the accuracy of measurement and/or luminosity simulating is the main factor characterizing processes of the microcosm, for which the LHC was built,”

Luminosity is calculated based on the data of particle distribution in the beams during collisions, beam intensity and measurements of luminometers. The luminometers do not measure the number of collisions directly. They measure, for instance, the quantity of energy released in the sensors when collision products pass through them or a number of such passes possessing certain characteristics. To conduct an analysis of luminosity measurements, the scientists used the 2015-2016 data of the LHC.

To calculate luminosity, the scientists are using a three-phase method. First, they carefully displace proton bunches from their regular position and then simultaneously record values of luminometer counters during the process of the displacement. This method is called a Van der Meer scan. It is used to determine luminosity and allows measure the beam size and proton density in bunches. Although at this stage, the method can give uncertain values due to luminometer responsivity to the main conditions of data collecting. Therefore, there are various corrections applied at the second stage. At the last stage, scientists observe how stable the absolute calibration of all luminometers is over time. For instance, they compare measurements for different luminometers and how they are changed over time.

“The TPU scientists simulated and conducted a data analysis of Van der Meer scan of a beam, especially electromagnetic interaction of colliding beams to determine the value of displacement of beam orbit and changes of beam overlap as a consequence of such interaction,”

Anton Babaev adds. “One of the tasks lay in the design of an algorithm for calculating relative non-linearity of luminometers.”