A stray dog called Monica from Krasnodar has been mounted unique paw prostheses, which substituted limbs to the animal. Doctors of the BEST veterinary hospital in Novosibirsk performed a surgery. Scientists of Tomsk Polytechnic University applied a biocoating to the implants to prevent rejection and speed up regeneration. 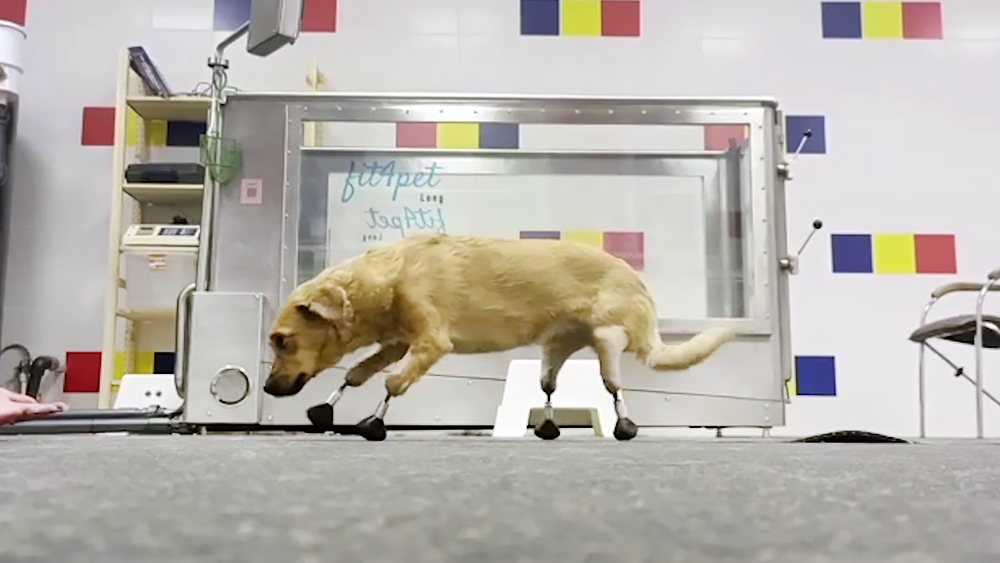 The doctors from the BEST hospital closely cooperate with the TPU scientists. The scientists under the supervision of Sergey Tverdokhlebov, Associate Professor of the TPU Weinberg Research Center, developed calcium phosphate coatings for veterinary implants. These coatings were already used for prostheses of cats and dogs.

“It is the first surgery in the world to implant four bionic prostheses to a dog. The surgery was quite successful. Monica has already begun walking without any help and soon will be back to a normal life,”

“It is the first surgery in the world to implant four bionic prostheses to a dog. The surgery was quite successful. Monica has already begun walking without any help and soon will be back to a normal life,” Sergey Gorshkov, a veterinarian of the BEST hospital told the journalists of the Rossiyskaya Gazeta newspaper.

The stray dog that suffered from animal abusers was found in the small village of Plastunovskaya in Krasnodar Krai in December 2020. Animal rights activists adopted the animal and after long-term preparations brought Monica for the surgery to Siberia. The surgery was complicated due to the bone deformity of the dog.

The new paws were designed based on an individual digital model and printed from nickel-titanium-vanadium using a 3D printer. A special porous structure of the implants allows achieving ultimate osseointegration.

“To prevent rejection, the implants were applied by a special biocoating developed by the scientists from Tomsk. The biocoating makes the implant similar in its properties to a real bone. Such prostheses are rarely rejected and better taken by an organism, as well as speed up regeneration,”

At the moment, Monica is walking outside and friendly wagging its tail. After osseointegration is finished, the dog will be ready to discharge from the hospital.

Monica’s story touched the famous British animal rights activist Casey, who stated that she was ready to take the dog to London.